‘I do not expect to be a starter there’: Ajax starlet Frenkie de Jong happy to be patient ahead of Barcelona move

Frenkie de Jong has accepted he will not be handed a starting position immediately when he joins Barcelona this summer.

The midfielder agreed a £65million move to the La Liga champions in January and will compete the deal at the end of the season.

The Dutchman also admitted that he will miss the Eredeivisie side, having helped them top the domestic league and reach the Champions League semi-final.

‘No, I do not expect to be a starter there,’ de Jong told Ajax club media.

‘I will miss everything about Ajax because I have enjoyed my entire time at this wonderful club and its ethos of giving young players their opportunities.

‘I am very sad to be leaving, but also very happy to be joining Barcelona.’

De Jong is expected to play a key role for the Dutch club when they face Tottenham for a place in the Champions Cup final. 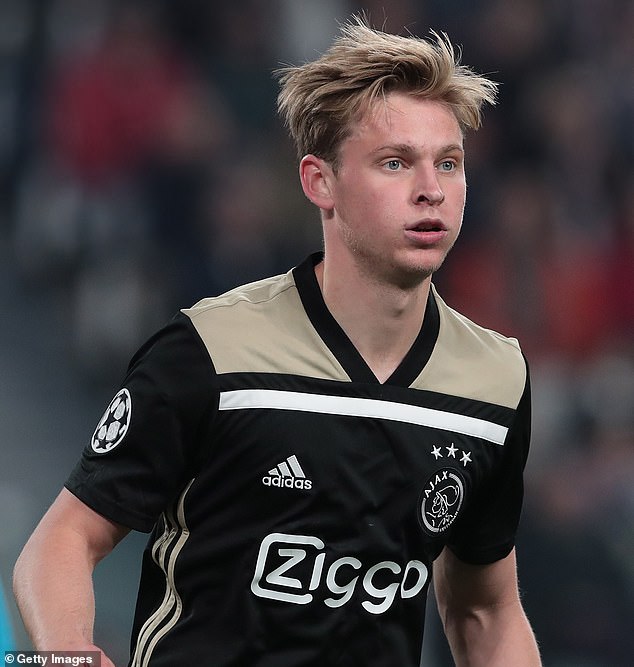