Ajax have been the most exciting team to watch in the Champions League this season and Tottenham will have to stop them when they meet in London on Tuesday evening.

There are plenty of aspects to Ajax’s play to consider, from their star men to their style, and they will all be on Mauricio Pochettino’s mind when he leads his team into the game.

Sportsmail has taken a look at the key issues behind how Ajax operate and what Spurs can do to take advantage. 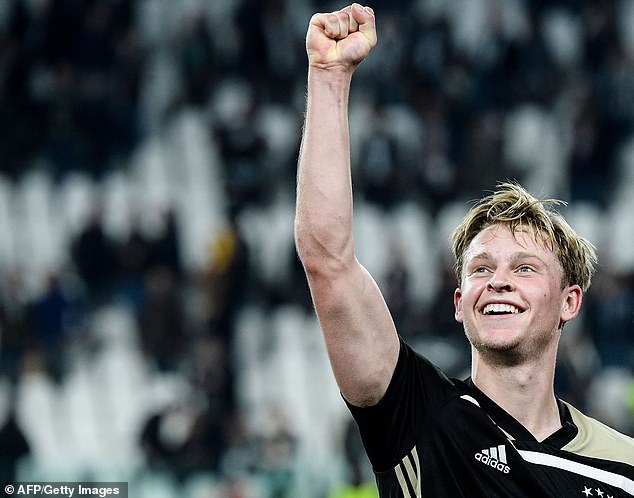 The role of Frenkie de Jong

There are few players in Europe with more buzz around them than Frenkie de Jong and there is a reason why Barcelona have paid £65million for him.

De Jong seems like a generational midfielder at the age of just 21, one who perfectly suits the demands of the modern game.

His role for Ajax is dual-faceted. He is both defensive playmaker and driver up the field.

When Ajax are being pressed well by the opposition, De Jong drops from his initial midfield berth into a position in the back-line and tries to dictate play from deep.

That generally involves forming neat passing lines with the other defensive players in order to break the press and move out.

Not that avoiding pressing allows a team to counter-act him. If there is no co-ordinated press from the opposition, he instead drives up the pitch.

This is when he is most dangerous, as he can burst into advanced areas and play slide-rule passes to his team-mates in a way that carves open defences.

De Jong is simultaneously a Franz Beckenbaeur-esque dictator from deep, a box-to-box midfielder and a perfectly balanced attacking playmaker. He is almost impossible to stop.

He then launches counter-attacks quickly, with his eye used to pick out advanced team-mates

Dusan Tadic was not exactly setting the Premier League alight when he left Southampton but he has been absolutely phenomenal since moving to Holland.

The attacking midfielder has posted 21 assists and scored 34 goals in all competitions this season in just 51 appearances, a run of more than one goal involvement per game.

It is not just the raw numbers that have been imperative to the role he has played for the Dutch giants. 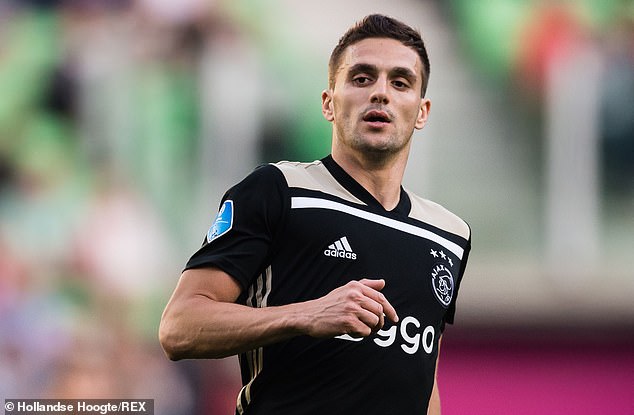 Tadic occupied a central striking berth for Ajax against Juventus and it was here that he came to the fore.

The 30-year-old knits the play brilliantly and brings Donny van de Beek into the game. The midfielder is exceptional at third-man runs and scored in that manner against Juventus.

It also allows David Neres and Hakim Ziyech to push up around Tadic as he drops deep, putting Ajax’s most dangerous players into advanced areas.

Ajax are a possession-based side who counter-press excellently and play with verticality. Sound familiar?

Erik ten Hag, the manager, worked under Pep Guardiola as Bayern Munich II manager between 2013 and 2015, and that has clearly rubbed off on the 49-year-old.

There are elements of Guardiola’s philosophy throughout what Ajax do, not least in the co-ordinated counter-press. That is what Guardiola has brought to the game, more than anything else.

It allows Ajax to win the ball up the field, with the midfield of Van de Beek, Lasse Schone and De Jong integral to that.

Given their rapid players and the way they attack, winning the ball in dangerous areas is crucial to the way they have overwhelmed successive European powerhouses. 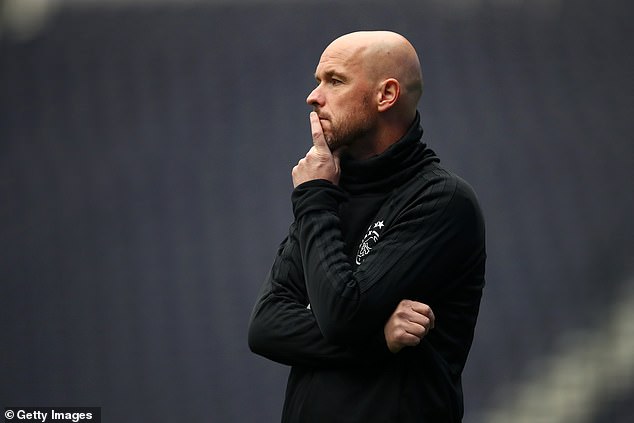 What Spurs can exploit

No team is perfect and the crucial aspect of Ajax’s game that can be exploited is the fact they do attack in numbers.

If De Jong pushes forward too, along with the wing-backs Noussair Mazraoui and Joel Veltman, then it is just Daley Blind and Matthijs de Ligt holding the fort against any attacking charge.

Any Manchester United fan will be able to tell you that Blind does have his limitations as a defender, while it would be a lot to ask De Ligt, at his young age, to manage an attack by himself entirely.

The trick for Tottenham may just be to sit deep, deal with any attacks and then burst. The problem, as it has been throughout Ajax’s Champions League run, is that the temptation is to do the opposite given their relative status. 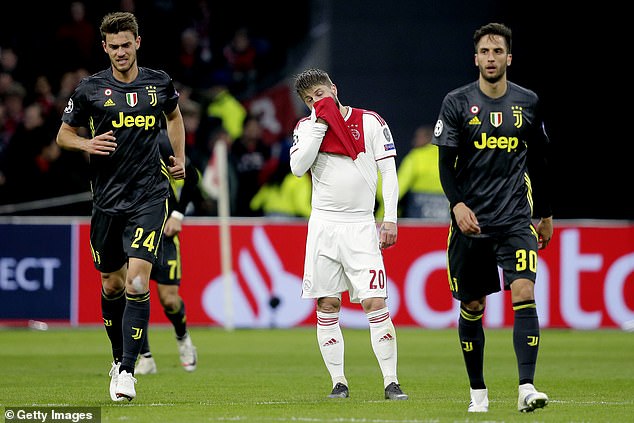