‘If you want a definitive ranking of the most serious emergencies we’re facing, there’s no doubt in my mind that the climate crisis is number one on the list,’ Gore told host Mark McKinnon on the most recent episode of the Showtime docu-series The Circus.

He pointed to a region of Central America known as ‘The Dry Corridor’ spanning an area that covers parts of Guatemala, El Salvador, Honduras and Nicaragua as an origin point for the migration crisis.

Former Vice President Al Gore sat down with Mark McKinnon of The Circle, a political docu-series on Showtime, discussing a connection between climate change and migrant caravans 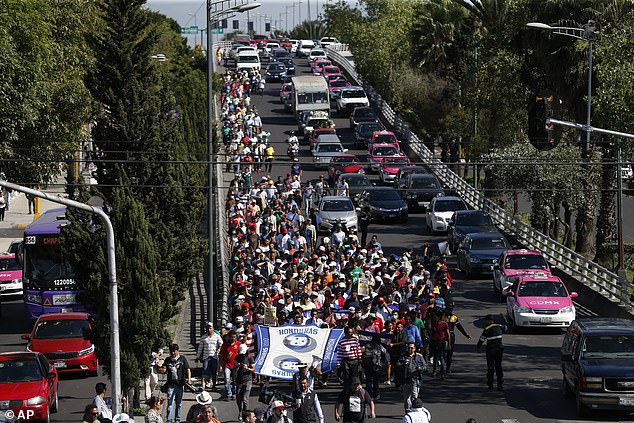 The Dry Corridor nations are the origin point for many of the migrants that have formed caravans in their journey north to the U.S. border. This caravan was seen on November 8, 2018, traveling through Mexico City

In before-and-after photos of Jiquilisco, El Salvador, between June and August of 2018, he shows a region of rivers run completely dry, claiming there has not been a harvest in the area for a full year.

‘The drought becomes unbearable, so they pick up stakes and they say, ‘We can’t live here,” Gore said to McKinnon.

‘First of all, they leave their farms and go to these cities, and they run into these criminal gangs, and they say, ‘We can’t handle this,” he continues. ‘And they head on north.’

While pushback on the science of climate change has mainly come from Trump and the Republican party, according to Yahoo News, Gore also says there are those in the GOP who would publicly agree were it not for the political price they might pay. 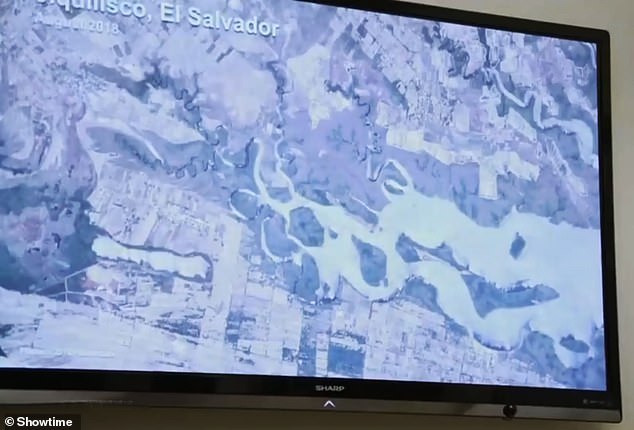 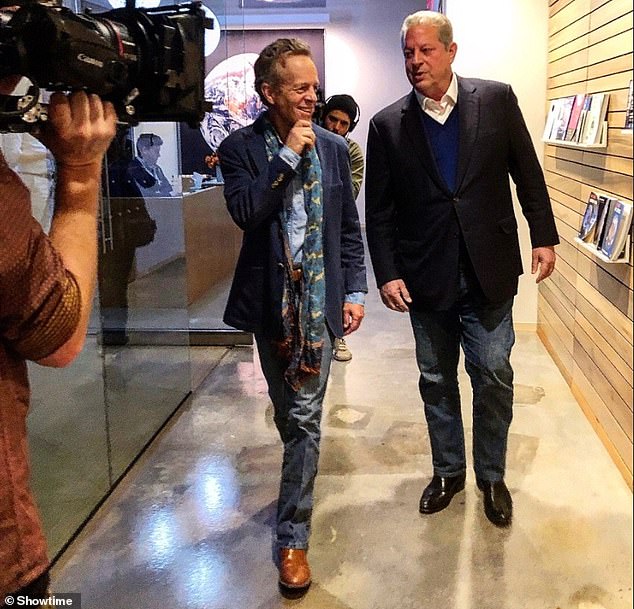 Al Gore, right, also told Mark McKinnon, left, that many Republicans do agree with the scientific consensus on climate change, but are reluctant to be public over the fear that they would receive a primary opponent for a political seat

‘There are a lot of Republicans who I know who understand the climate crisis,’ Gore explains. ‘But if they say they’re on my side of this, then they get a primary opponent, and so they keep quiet about it.’

Meanwhile, Trump went back to calling Central American migrants attempting to cross into the U.S. illegally ‘rough hombres’ on Monday morning speaking to a bipartisan group of state governors.

Trump singled out three of The Dry Corridor nations, Guatemala, El Salvador and Honduras, for ‘not sending us their finest’ and encouraging ‘rough hombres’ to join caravans north.

As extreme weather conditions brought on by climate change intensifies, Gore makes the case that the migration of human beings will be  a global catastrophe. 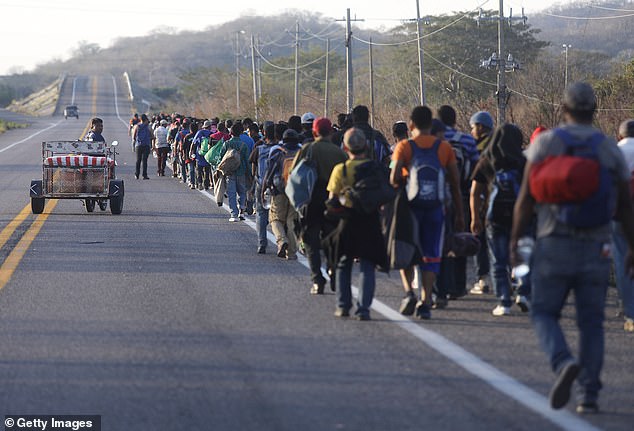 A local driver looks on (left) as people from a caravan of Central American migrants walk along a highway on January 21, 2019 in Tapanatepec, Mexico. President Trump renewed attacks on the character of refugees at a meeting of governors on Monday morning 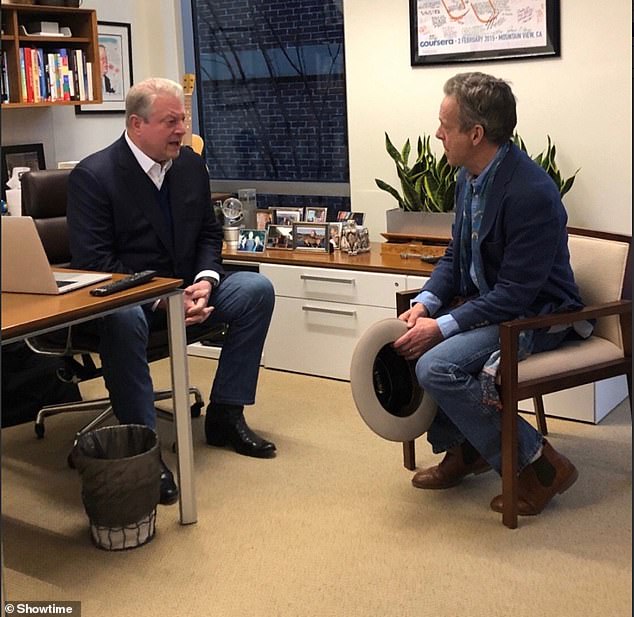 Al Gore concluded the episode of The Circus by telling Mark McKinnon that outside of a nuclear war, the climate crisis is the most urgent issue for human civilization

‘The estimates are that in this century there could be as many as one billion climate refugees migrating across borders to other countries,’ said Gore. ‘That’s a threat to political stability and peace.’

‘How urgent is this?’ McKinnon quietly asked the former vice president.

‘There’s nothing more urgent,’ Gore replies. ‘With the sole exception of the risk of an all out nuclear war, the climate crisis is the only one that can literally destroy human civilization.’