Social media users flocked to Twitter claiming to have heard Halkett utter the remark from behind her face mask during a tense exchange with McEnany on Tuesday.

But Halkett, who works as Al Jazeera’s White House correspondent, quickly denied using the profanity when questioned by one of her online followers.

‘There’s a lot of misreporting out there about that briefing,’ Halkett wrote.

‘The answer to your question is, I DID NOT. What I said was, ‘OKAY, YOU DON’T WANT TO ENGAGE.” 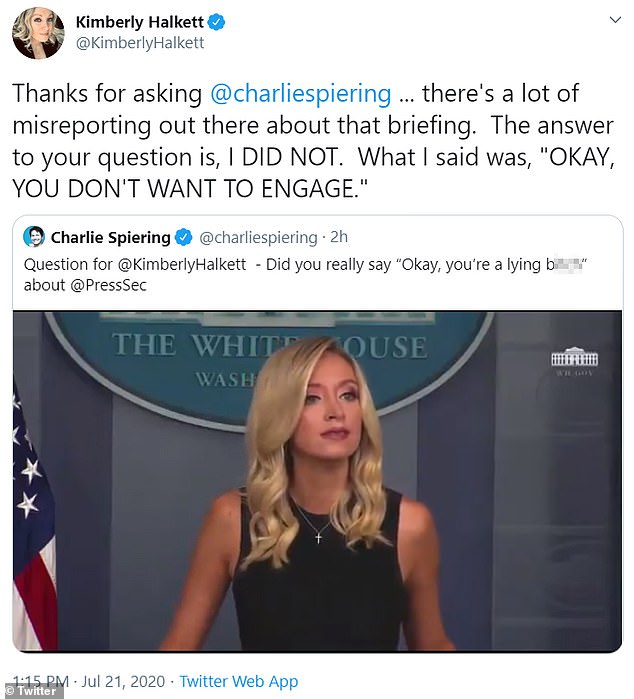 Halkett, who works as Al Jazeera’s White House correspondent, quickly denied using the profanity when questioned by one of her online followers

It came after Halkett asked McEnany two questions about possible Russian interference in the upcoming Presidential election, which resulted in a back and forth between the Press Secretary and the reporter.

‘Kayleigh, I have a couple of questions. The first one is: The President, in the last few hours, tweeted about the concerns about mail-in voting. So he’s obviously concerned about the integrity of the U.S. election and certainly internal sabotage. But why are we not hearing from the President about fears about external sabotage?’ Halkett asked.

The broadcaster went on to cite new reports that Russia may have interfered in the Scottish referendum, before stating: ‘We’ve really not heard the President put the Kremlin on notice with respect to the U.S. election. Will we hear from him today on that?’

McEnany responded: ‘The President today has put the world on notice that our election systems must be secure’, before detailing actions the president plans to take ahead of November.

‘I think this is getting off track,’ Halkett subsequently stated, before McEnany snapped back: ‘You asked me about this, so I’m going to answer.’ 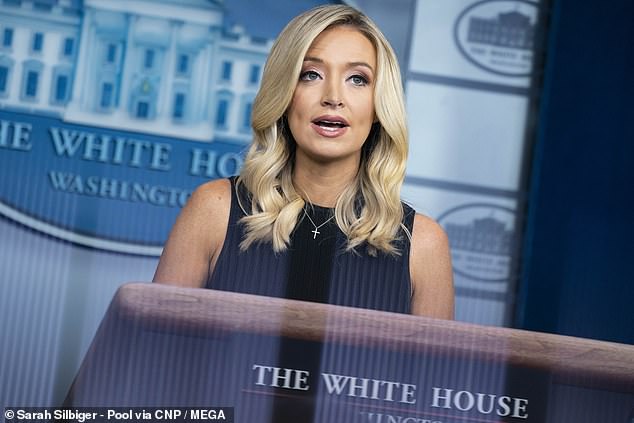 McEnany is seen during Tuesday’s press briefing at The White House. The Harvard Law grad is known for her fiery confrontations with reporters

Halkett again tried to pivot to questions about Russia and external threats, while McEnany continued to speak about problems with mass mail-in voting.

‘I know you don’t want to hear them, which is why you talk over me,’ the Press Secretary stated.

Halkett then tried to ask another question about Russia, prompting McEnany to cut her off by responding: ‘You’ve gotten two questions, which is more than some of your colleagues.’ 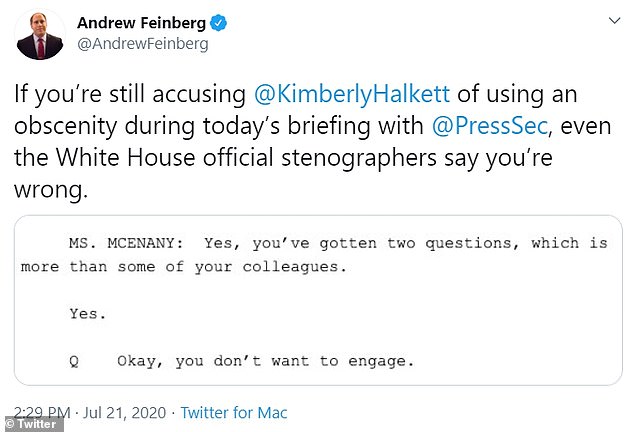 After McEnany moved on to another reporter’s question, Halkett was caught mumbling on a microphone.

The official White House transcript has her saying: ‘Okay, you don’t want to engage.’

However, it didn’t take long for dozens of people to speculate that she had actually stated: ‘Okay, you’re a lying b***h’. 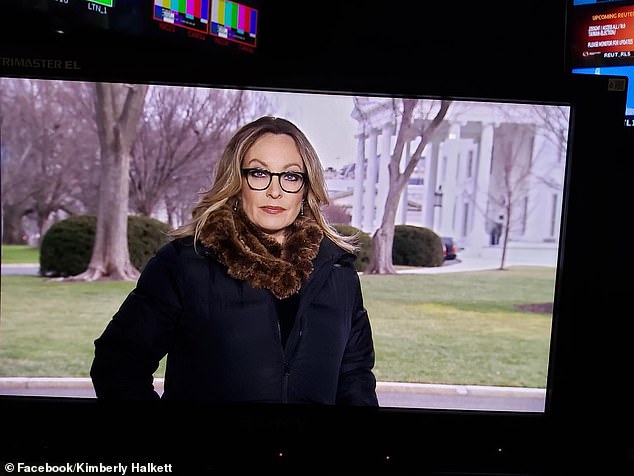 Halkett, who hails from Canada and has worked with Al Jazeera for more than two decades, is pictured

Some conservatives came to Halkett’s defense, saying they did not believe she used the curse word.

However, others labelled Halkett a left-wing activist as opposed to an impartial  journalist, and accused the press pool of being disrespectful toward McEnany.

Another reporter yelled out to McEnany that she should wear a mask as she left the podium.

McEnany has not responded to the drama.

The Harvard Law graduate became Trump’s Press Secretary back in April and has already become a household name thanks to her fiery exchanges with members of the White House press pool.

‘That’s an absurd attempt to justify misleading headlines  that are regularly on your network,’ she blasted back, before he started to talk over her.

‘You’ve got to let me finish Jim, this isn’t a cable news segment, I’m answering your question right now from the White House podium,’ she stated.

The pair have also been involved in several other high-profile tussles. 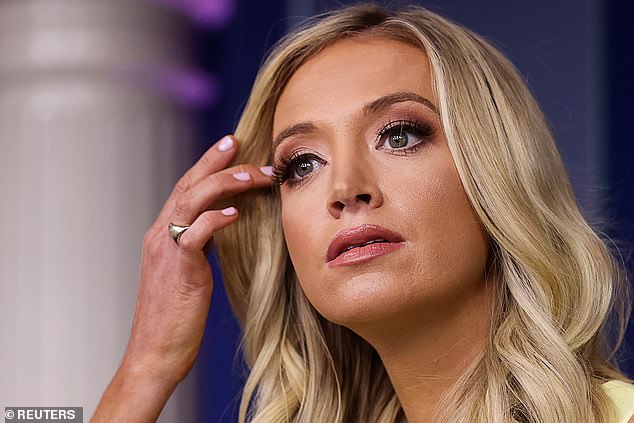