Florence Parly has announced that Abdelmalek Droukdel and members of his inner circle were killed on Wednesday during the operation in the African country of Mali, where thousands of French troops have been deployed to tackle jihadist groups in the area.

A senior Islamic State (IS) group commander was also captured in an operation in May, she added.

Ms Parly said the operations had dealt ‘severe blows to the terrorist groups’.

Droukdel was the leader of Al-Qaeda in the Islamic Maghreb, known as AQIM.

The terrorist group have not yet confirmed the death of Droukdel

France has announced that Abdelmalek Droukdel (pictured) and members of his inner circle were killed on Wednesday during an operation in the African country of Mali, where thousands of French troops have been deployed to tackle jihadist groups in the area 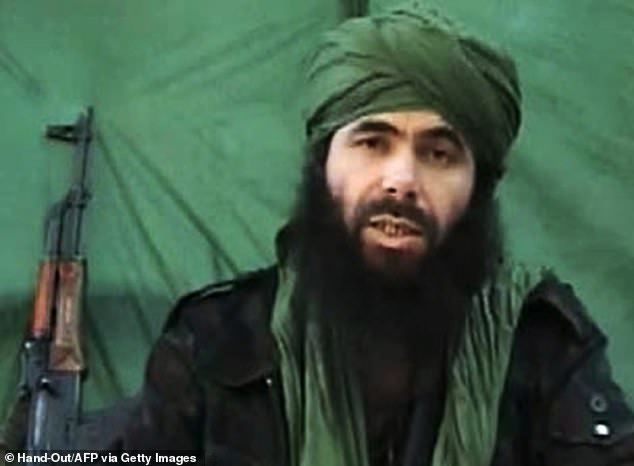 Abdelmalek Droukdel (pictured) was the leader of Al-Qaeda’s north Africa affiliate, Al-Qaeda in the Islamic Maghreb, known as AQIM 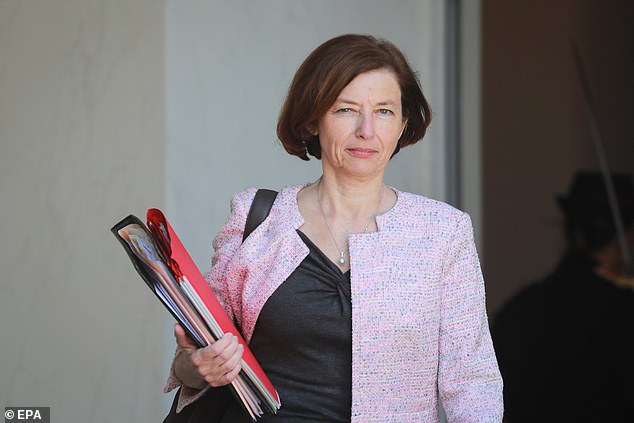 The group have made millions of dollars abducting foreigners for ransom over the years and made large swaths of West Africa too dangerous for aid groups to access.

French Defense Minister Florence Parly tweeted that Droukdel and several of his allies were killed Wednesday in northern Mali by French forces and their partners.

It was not immediately clear how his identity was confirmed by the French.

Droukdel´s reported death comes after French President Emmanuel Macron and the leaders of the G5 Sahel group – Mauritania, Mali, Burkina Faso, Niger and Chad -launched a new plan in January to fight jihadists in the area.

France deployed 600 additional soldiers as part of its Operation Barkhane – an ongoing anti-insurgent operation launched in August 2014 and led by the French.

The latest addition of troops raises the number of troops there to 5,100.

France, who were the former colonial power in the area, moved troops in after terrorist groups overran the northern area of Mali – which was eventually recaptured by the country’s army, though tensions are still rife in the area and around the borders with neighbouring countries.

In a March video released by the extremist monitoring group SITE, Droukdel urged governments of the Sahel region to try to end the French military presence, calling the troops ‘armies of occupation.’ 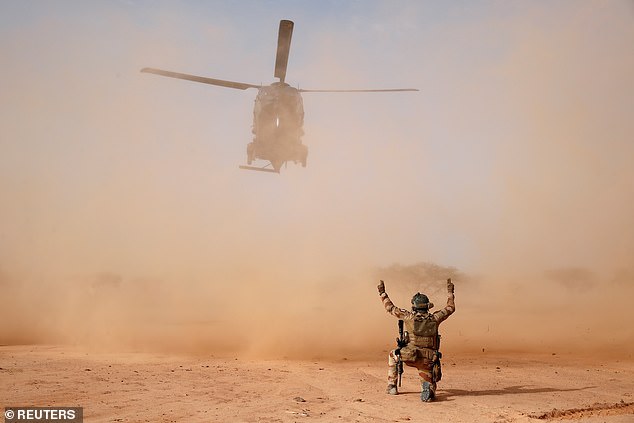 France deployed 600 additional soldiers as part of its Operation Barkhane – an ongoing anti-insurgent operation launched in August 2014 and led by the French. The latest addition of troops raises the number of troops there to 5,100.

It was not clear how long Droukdel had been in Mali.

For years he was thought to be holed up in the Kabyle region east of the capital of his native Algeria, and many people had questioned why he was never captured by Algerian security forces, which had honed their counter-terrorism skills over the decades.

He was widely seen as the symbolic leader of Al Qaeda’s North African branch, whose operational centre for attacks shifted to northern Mali over the past decade.

That led to the French military invasion of the region in 2013 seeking to counter Islamist extremist designs on southern Mali and the capital, Bamako.

Droukdel made his reputation as a feared extremist leader in Algeria, which beginning in the early 1990s was convulsed by violence in what the nation now calls the ‘black decade.’

Droukdel´s Al Qaeda’s affiliate had claimed responsibility for numerous deadly suicide bombings in Algeria, including targeting a United Nations building in Algiers in 2007, shattered by a vehicle packed with explosives.

More recently he had been commanding all the Al Qaeda’s groups in North Africa and the Sahel, including the JNIM, which has claimed responsibility for devastating attacks on the Malian military and U.N. peacekeepers trying to stabilize the volatile country.

Parly identified him as a member of Al Qaeda´s ‘management committee.’

She said the operations dealt a ‘severe blow’ to terrorist groups in the region that have been operating for years despite the presence of thousands of French, U.N. and other African troops.