Dr. Chris Bittner, of Southside, Alabama, is said to have died from a flu-related illness

An Alabama dentist has died from what appears to have been flu-related causes.

According to Etowah County Coroner London Pearce, 44-year-old Dr. Chris Bittner’s death was likely the result of a flu-related illness.

The coroner told ABC33/40 News that Bittner, of Southside, Alabama, had been diagnosed with the flu in recent days.

Full toxicology results are expected to be available within the next two to three months, according to Pearce.

One of Bittner’s relatives said in a Facebook post that he died ‘from ‘complications from the flu.’

Alexandria Family Dentistry, where Bittner had practiced since 2009, informed patients that he had passed away in a Facebook post on January 18, prompting an outpouring of emotion from his patients, who noted that Bittner was ‘my favorite dentist’ and a ‘joy to be around.’

On January 16, two days before Bittner died, the practice had posted a note saying that the office would be closed on January 17, ‘Due to sickness & now the weather.’ 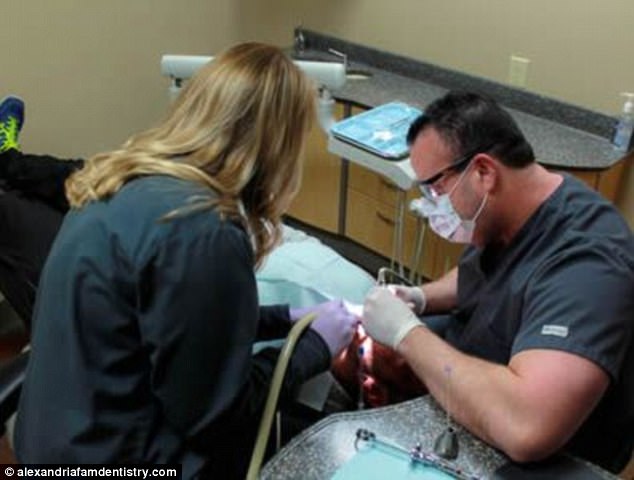 The county coroner said that Bittner, 44 (right), who died on Thursday, was recently diagnosed with the flu. Full toxicology results are expected to be available within three months

Alexandria Family Dentistry, where Bittner had practiced since 2009, informed patients that they would be closed ‘due to sickness & now the weather’ two days prior to Bittner’s death

On Thursday, Bittner’s dentistry practice informed patients that Bittner had passed away 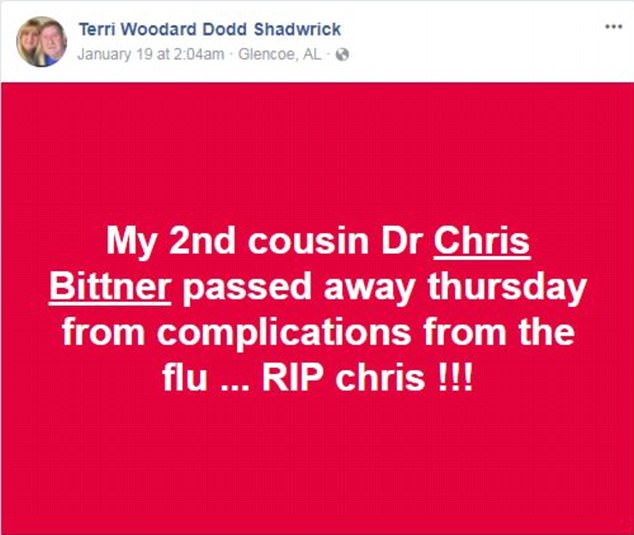 According to an obituary, Auburn University graduate Bittner died on January 18. He is survived by his father, Carl Bittner, and half-brother, Scott Partee.

The flu has left several people dead in Alabama in recent days.

A third-grader from Montomery and a University of Alabama professor are among those who are said to have died from flu-complications, according to AL.com. 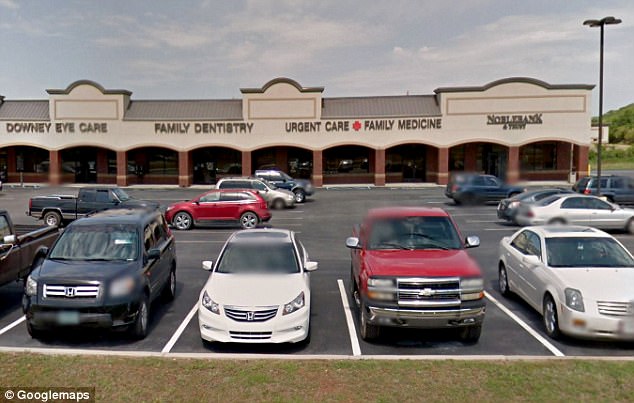