An Alabama man had to have a six-inch piece of tissue cut from his thigh after contracting a flesh-eating bacterial infection from the water where he took his kids kayaking.

Ricky Rutherford, 41, is fighting for his life in the intensive care unit at the North Alabama Medical Center.

Last Saturday, the Rutherford family, including their eight children went kayaking with friends in a creek near their home in Waterloo.

Now, his family is waiting by Ricky’s side, hoping the loving father wakes up, and warning others not to risk the water if they’re not sure it’s clean.

‘On Saturday, the doctors told me that they assumed by Saturday night that he would be on life support and that he was capable of dying.

‘They told me to prepare for the worst.’

Ricky had been in good health, and capable or working his physically demanding job in a warehouse.

There was no reason to suspect that he would fall ill.

‘He’s never sick. He doesn’t even have a doctor,’ said Cassey.

In fact, flesh-eating bacterial infections rarely strike people who aren’t immuncompromised, very young or very old, unless the come into contact with the nasty germs with an open wound or cut.

Cassey insists neither she nor her husband had noticed any such injuries on him.

But it didn’t matter.

‘There was nothing. But the doctors told us it could be a microscopic hole that it could come into and still spread like that,’ Cassey said.

‘It’s hard to believe that there was a group of us and my husband, being the healthiest immune system there, got this.

‘To know that he got that when the rest of us didn’t is insane.’

Cassey describes the area where she, her husband and their eight children spent last Saturday kayaking and swimming as ‘beautiful,’ nearly idyllic.

A nice warm creek tucked away like that is just the kind of flesh-eating bacteria would love to be, too. 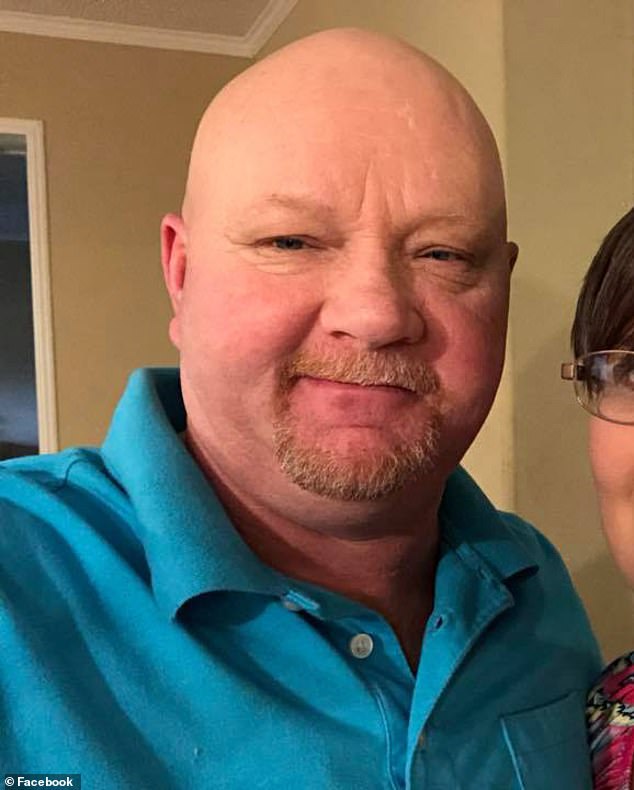 His wife, Cassey, describes the father-of-eight as having the strongest immune system of anyone she knows 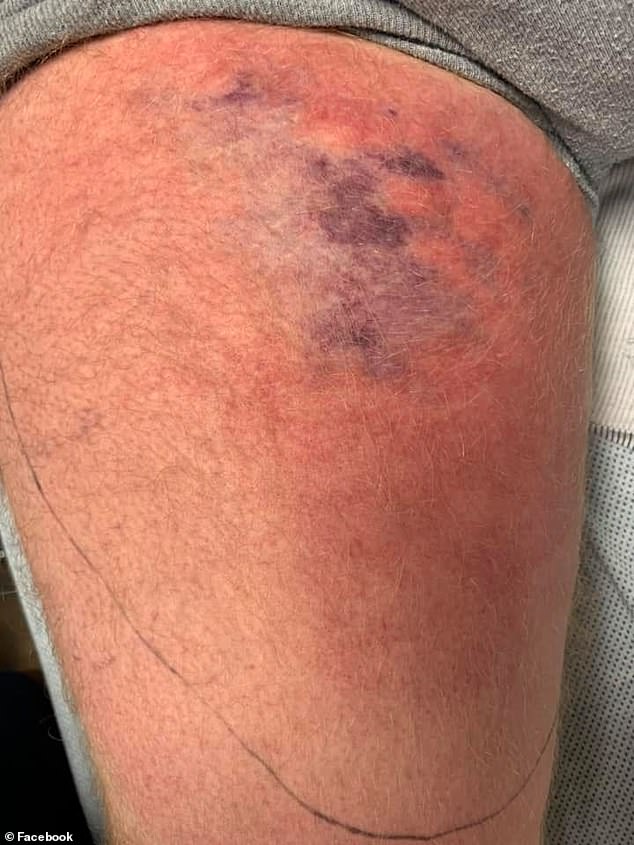 A week ago Monday, Ricky’s fever hit 106, but still he went to work.

When he came home early, feverish, aching and cramping, he just blamed it on being on his feet all day.

The next day, he went to work again but he was in immense pain by the time he arrived home.

At home, Ricky’s continued to swell larger and larger and grew red. the fever was still there.

Cassey was concerned her husband might be developing a blood clot, and insisted they go to the hospital.

After a misdiagnosis of cellulitis, and a stop home with the wrong medication, Ricky still had a 105 degree fever and his wife drew a circle around the locus of the infection to monitor the spread.

When the area continued to grow larger at an alarming rate, the couple went back to the hospital.

This time doctors didn’t waste much time, booking him for Friday surgery.

A five by six inch chunk of Ricky’s inner thigh had to be cut out to stem the spread of the infection.

Doctors took samples to culture, too, and soon confirmed that Ricky had necrotizing fasciitis, or a ‘flesh-eating infection,’ although the germ causing it has not been identified. 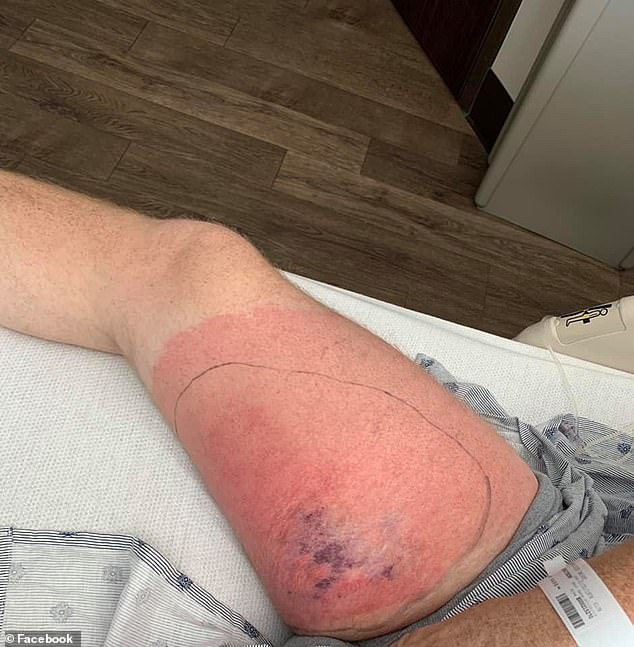 Despite expectations he wouldn’t be able to breathe on his own by now, Ricky is hanging on

As she waits for her husband to wake up, Cassey worries for other families that like to spend time at the creek, too.

‘I don’t want anyone else to go through this,’ said Cassey.

On Saturday, I was having to think about burying the love of my life. No one should ever have to go through that.

‘Do not get in that water! It’s not safe. Don’t jeopardize your family for a day of fun. It’s right here in our backyard.’