Alabama man lectures his dogs for making a mess

Barking mad! Alabama man spends two minutes lecturing his dogs for making a mess of his home before admitting he has to clean up himself as they ‘do not have any thumbs’

This is the moment a man from Alabama returned home to find his three dogs had wrecked his kitchen.

The man calls his three dogs into the room and invites them to sit down before talking to them in a remarkably rational fashion.

He orders the three dogs to sit down in a line in front of his dishwasher, overlooking the scene of broken cups and plates. 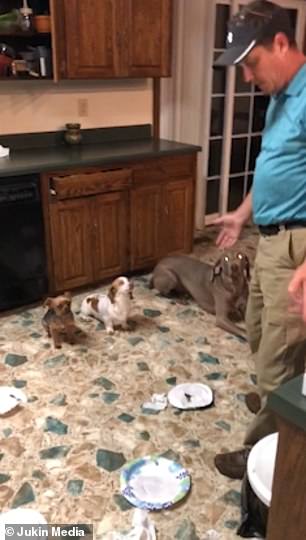 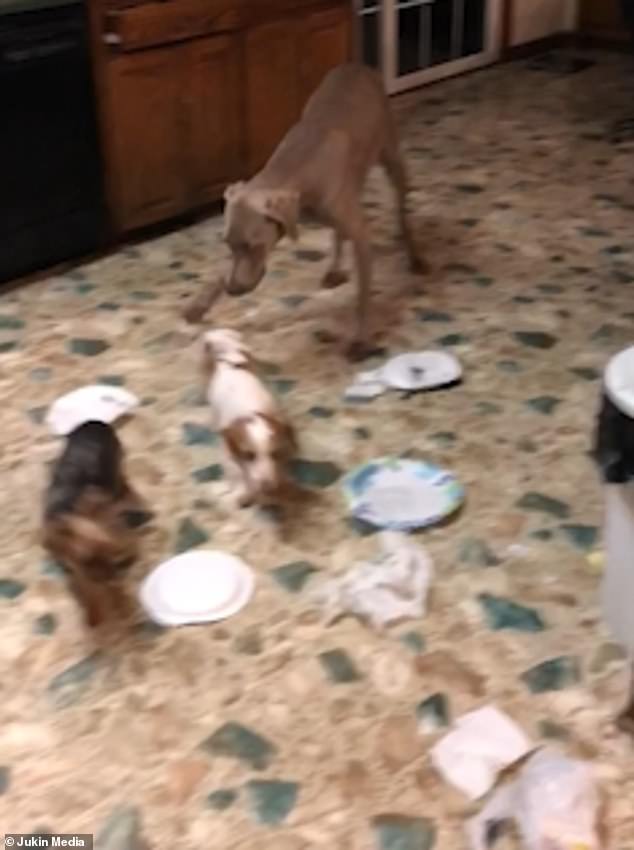 The man, who was wearing a branded golf visor despite it being dark outside, chinos and golf-style shirt asked the dogs: ‘What in the world happened in this kitchen while we were gone?’

Speaking with a distinct Southern drawl, the man continued: ‘Y’all cannot stay out of the trash just one time.

‘We’re late for just a little while, and y’all gotta be in the trash. This makes no sense whatsoever.’

He then asks each dog individually whether they pulled ‘stuff out of the trash can’.

The dogs look at the man impassively, unconcerned that they are being scolded.

In a switch of approach worthy of TV’s Colombo, the man asks: ‘When are you gonna quit doing this?’

He then orders the dogs into the adjacent living room.

‘Not only do you have to mess up the whole kitchen you gotta bring it out here into the living room and we’re all gonna have to clean stuff up.’

Acknowledging the limitations of dog biology, he said: ‘But you can’t clean stuff up as y’all haven’t got any thumbs so you can’t pick stuff up and put it back into the trash can.

‘It’s terrible… shall I whip you?’

He then dismisses the dogs without resorting to any form of physical punishment. 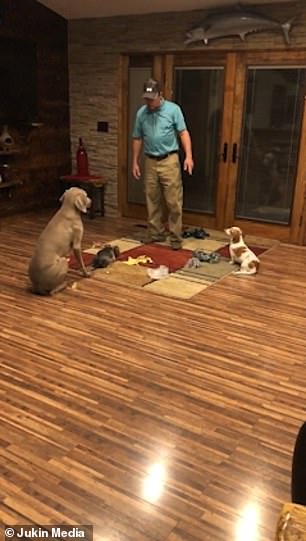 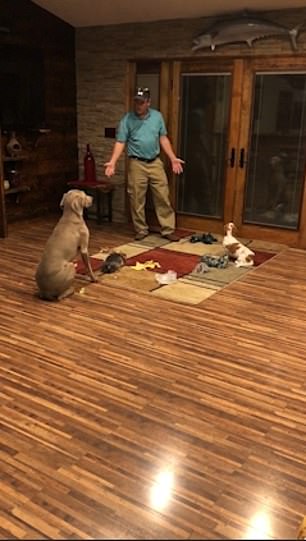