As cities across the country are tearing down and relocating Confederate monuments, a county in southern Alabama on Sunday unveiled a new one.

The memorial park’s owner and developer, David Coggins, said the groups in attendance weren’t white nationalists or racists, but were acknowledging their heritage and honoring Confederate soldiers everywhere.

A monument to unknown Confederate soldiers who died in the Civil War was unveiled in Brantley, Alabama on Sunday 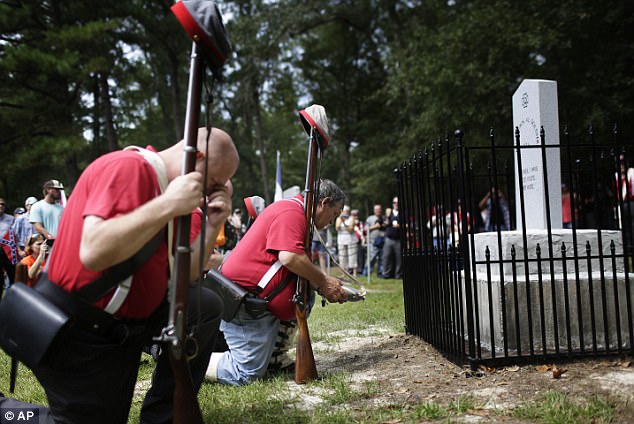 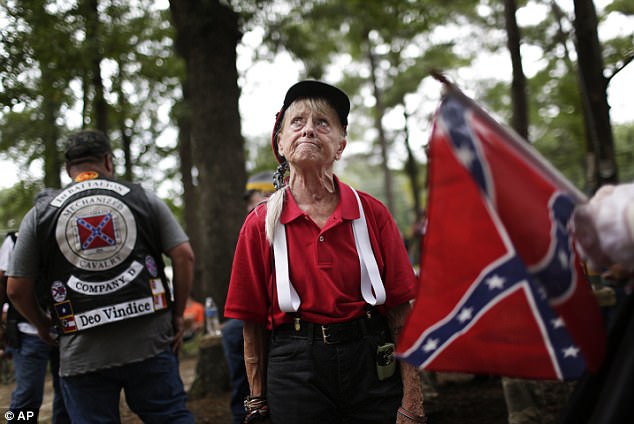 Debbie Weir (pictured), a retired attendee, said the monument stands for everything her ancestors endured

The monument was surrounded by a black metal fence and flanked by two other monuments. As a red cloth was pulled to reveal it, five cannons were fired.

Confederate flags were flown throughout the park and several attendants were dressed in Confederate garb. 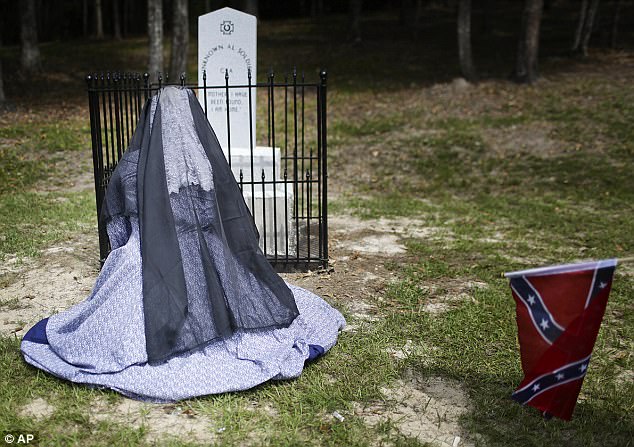 Allie Chastka, a reenactor, kneels down in front of the newly added Confederate monument on Sunday 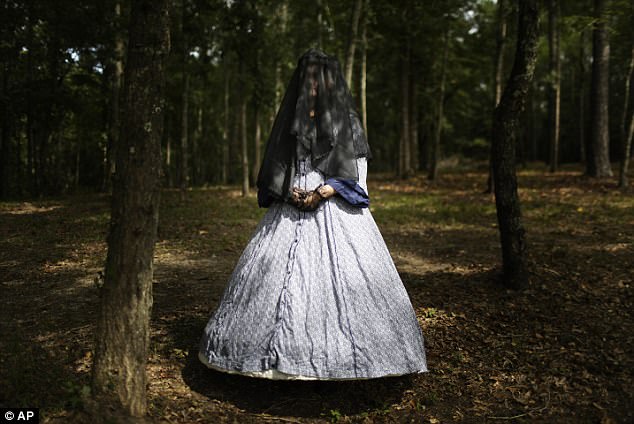 The Daughters of the Confederacy and the Sons of Confederate Veterans attended the ceremony, along with re-enactors dressed in period clothing.

Coggins said the ceremony was not planned in response to recent events in Charlottesville, Virginia, earlier this month, when white nationalists who objected to the proposed removal of a statue of Confederate Gen. Robert E. Lee clashed with counter protesters. A woman was killed and several others injured when a car plowed into the counter-protesters. Two state troopers also died when their helicopter crashed.

The Alabama ceremony was scheduled months ago and the monument was ordered last year, Coggins told The Associated Press.

Debbie Weir, a retired attendee, said the monument stands for everything her ancestors endured, adding that she enjoyed people from different states coming together ‘to prove that we are one nation.’ 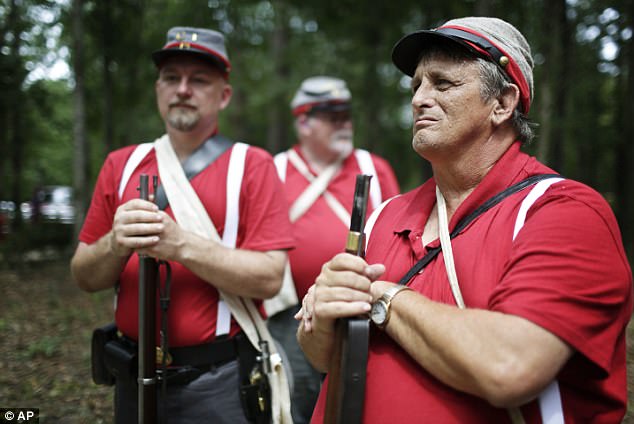 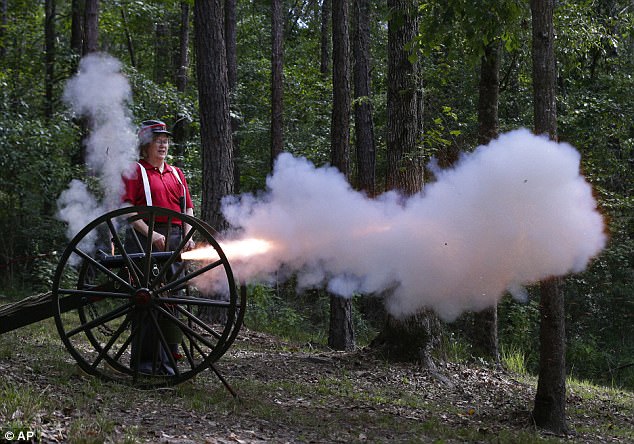 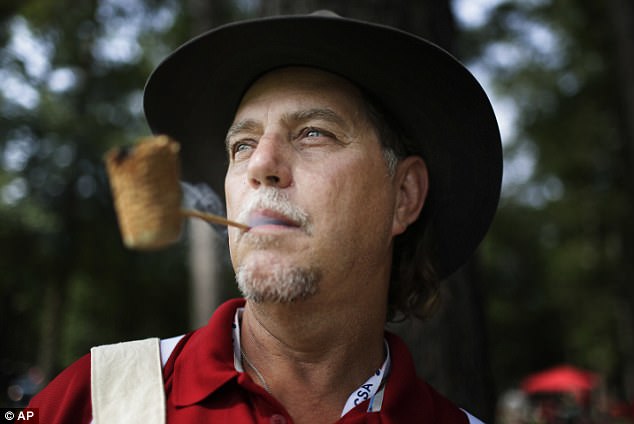 B.J. Wolfe, a member of the Sons of Confederate Veterans smokes a handmade corn pipe at the ceremony on Sunday