Alabama wide receiver Jermaine Burton has been caught on camera appearing to hit a Tennessee fan on the field while heading back to the visitors’ locker room, following the team’s loss on Saturday.

Emily Isaacs, who was amongst the celebrations that saw the home crowd storm onto the field after the epic 52-49 win for Tennessee, shared a video on social media showing Burton striking her with his left hand after she attempted to go around him.

In complete shock, the ‘Volunteers’ fan suddenly stops and turns around, looking in the direction of the former Georgia player, while he doesn’t look back.

‘Jermaine Burton smacking me in the head while walking past him after their loss Saturday,’ Isaacs captioned her TikTok clip along with a thumbs up. It was shared online on Tuesday night, nearly three days after the game. 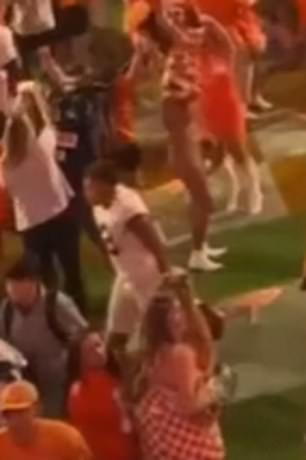 Emily Isaacs, a Tennessee fan, was recorded getting hit by Alabama wide receiver Jermaine Burton on Saturday after a 52-49 loss for the Crimson Tide 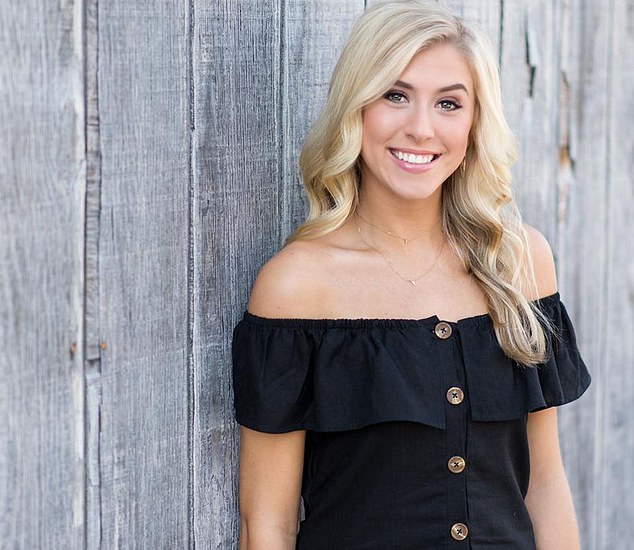 Isaacs, who is a business administration major, captioned the video: ‘Jermaine Burton smacking me in the head while walking past him after their loss Saturday.’ 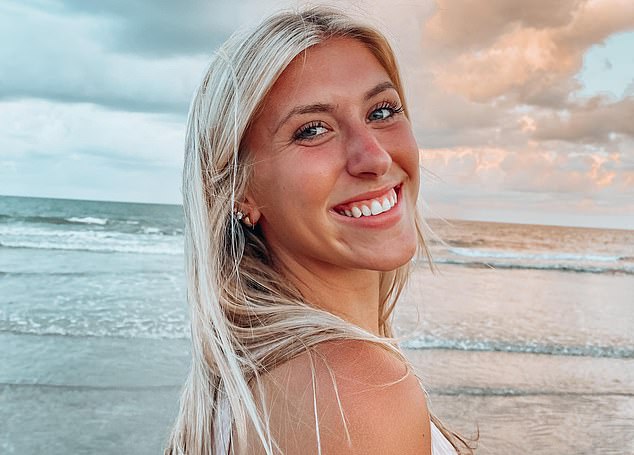 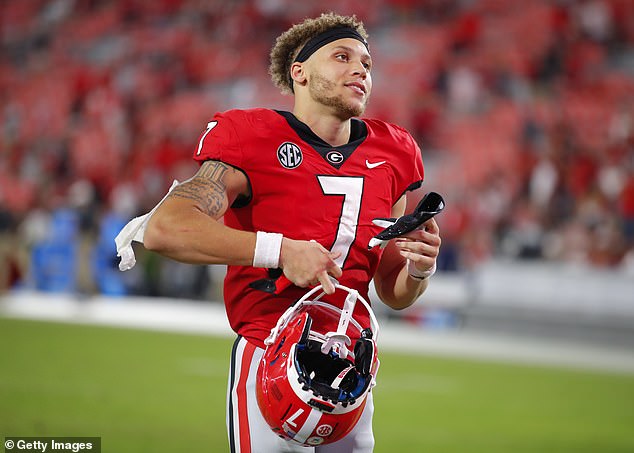 DailyMail.com has approached The University of Alabama and Jermaine Burton for comment but has yet to hear back.

Isaacs has, so far, declined to comment over the incident, but she has confirmed her identity to Outkick.

Coincidentally, another Tennessee fan experienced Burton’s wrath too and was left stunned by the collegiate athlete’s actions.

Much like Isaacs, he was navigating his way through a crowd of orange – Tennesee’s colors – before Burton seemed to have smacked him with his right hand.

‘Jermaine Burton was so mad he had to hit me after the loss,’ JoJo wrote as the clip’s caption along with a crying face emoji.

It’s unclear if he was hit before or after Isaacs.

‘I was told he smacked a girl in the head after too,’ he previously said of the incident, according to the New York Post.

Meanwhile, the SEC has fined Tennessee $100,000 for the wild, field-storming celebration after Saturday’s win that saw both fans rush onto Neyland Stadium.

The league announced the fine on Sunday for the school’s second violation of the access to competition area policy. The first came after a basketball game against Florida in 2006.

The third-ranked Volunteers knocked off No. 6 Alabama on a last-play field goal, ending a 15-game losing streak to the Tide. Fans even stormed the field, ripped up one of the goal posts and heaved it into the Tennessee River. 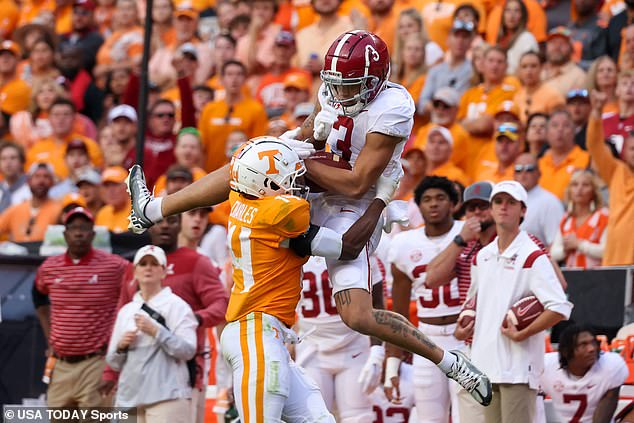 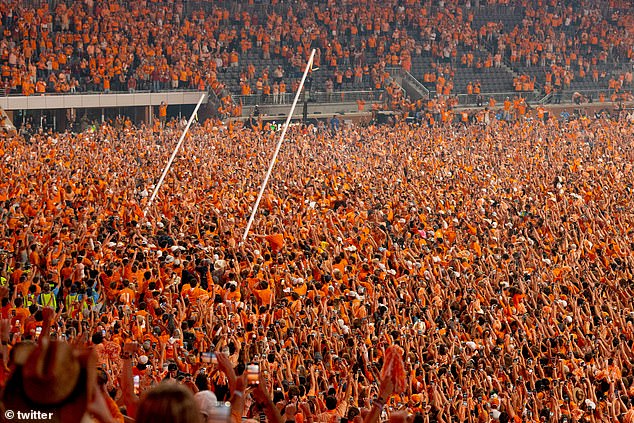 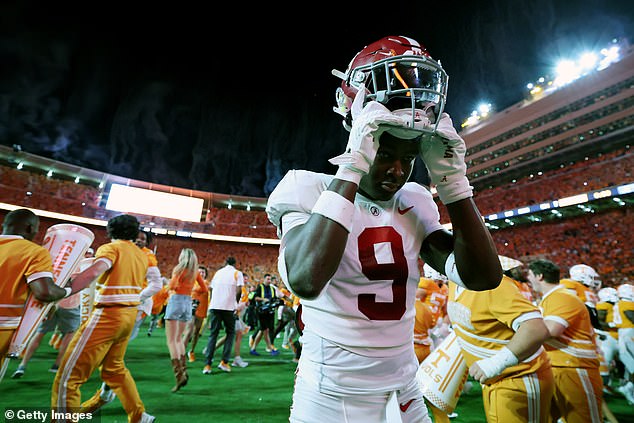 Tennessee turned to crowdsourcing to pay for replacement goalposts. More than $18,000 had been raised as of Sunday afternoon. Athletic director Danny White tweeted ‘We had some fun, didn’t we?’ and asked fans to ‘help us out.’

SEC policy states that ‘access to competition areas shall be limited to participating student-athletes, coaches, officials, support personnel and properly-credentialed individuals at all times.

‘For the safety of participants and spectators alike, at no time before, during or after a contest shall spectators be permitted to enter the competition area. It is the responsibility of each member institution to implement procedures to ensure compliance with this policy.’

A third offense and beyond would cost Tennessee $250,000.