The Good Wife actor commended the survivors of the latest mass shooting in Florida as well as Time’s Up pioneers – who have both made their voices heard. 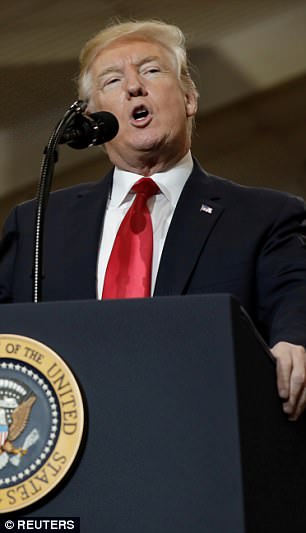 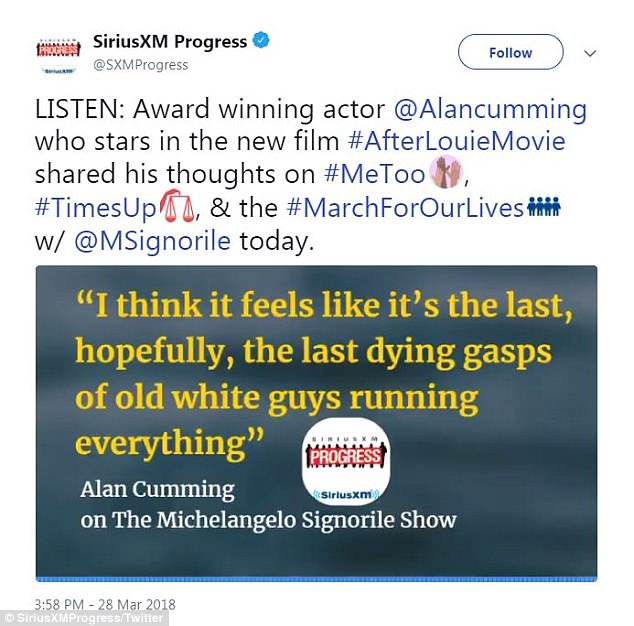 His dig was partially aimed at Donald Trump, as he said, ‘sadly we’ve got the worst of that in the White House.’

He spoke about brave kids who led the nationwide March For our Lives protests last weekend in support of stricter gun control.

‘There is this whole thing in our society right now… media is a part of it, where young people are pissed off with the older generation because bad behavioral patterns are being condoned and allowed to be repeated.’ 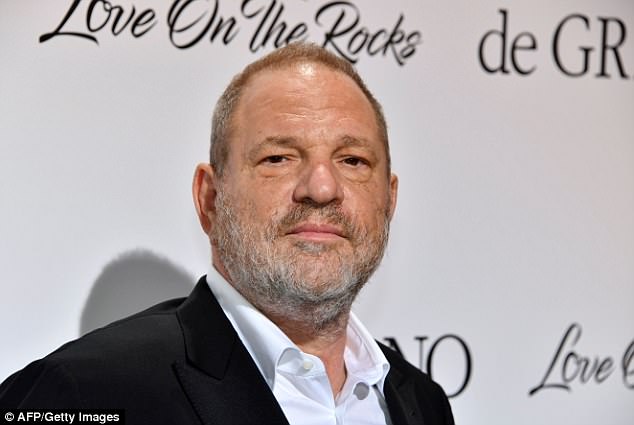 ‘What the kids and the gun movement are about, and what women and men are saying about sexual misconduct and sexual assault and abuse of power,’ which is a really great way of saying, ‘we’ve got to stop this’.

The new interview for the actor, who currently resides in New York, came amid his ‘After Louie’ premiere in theaters on Friday, which he also spoke about.

The film, written by Anthony Johnston and also director Vincent Gagliostro, has received rave reviews thus far. IndieWire called it ‘one of the most excited queer films’ in recent film. 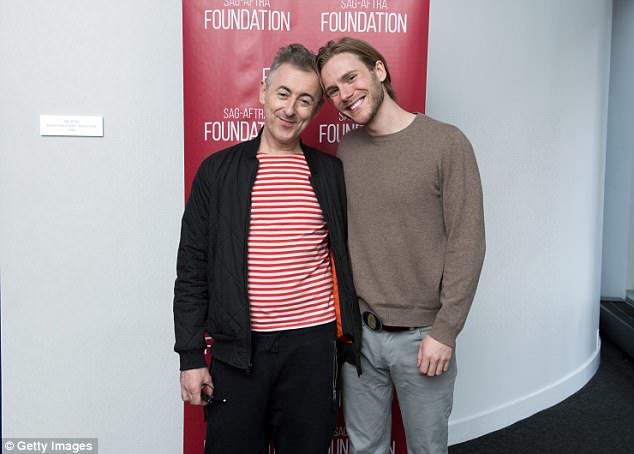 Sam becomes romantically involved with the much younger Braeden, who is played by Zachary Booth.

‘Having the understanding that you’re probably going to have sex outside of that, on whatever level – from an open relationship to an “Oops, that happened, never mind” – I think that’s very, very, very common,’ he said, about the reality of cheating in relationships and marriages.

‘Marriage equality will actually be a very positive thing for straight marriage, because hopefully people will learn that there are far worse ways to betray somebody than by having sex with someone else.’