Alan Dershowitz claims Leslie Wexner is being extorted for millions by Jeffrey Epstein’s former sex slave Virginia Roberts, who claims she was raped by both men

Alan Dershowitz appeared in court on Tuesday for a hearing in his ongoing defamation case against Virginia Roberts, where he branded her a liar who tried to extort millions out of Victoria’s Secret boss Leslie Wexner.

The embattled lawyer was trying to get the case tossed, and he and his lawyers had a lot to say both inside and outside the courtroom.

Much of what of what Dershowitz and his lawyers said however was not new, as they once again called Roberts a liar and dragged Wexner back into the legal battle, stating that he was falsely accused of raping Virginia Roberts just like Dershowitz.

Wexner alleged it was done in an attempt to extort million from the businessman.

Alan Dershowitz appeared in court alongside his wife Carolyn Cohen on Tuesday for a hearing in his ongoing defamation case against Virginia Roberts, where he branded her a liar who tried to extort millions out of Victoria’s Secret boss Leslie Wexner 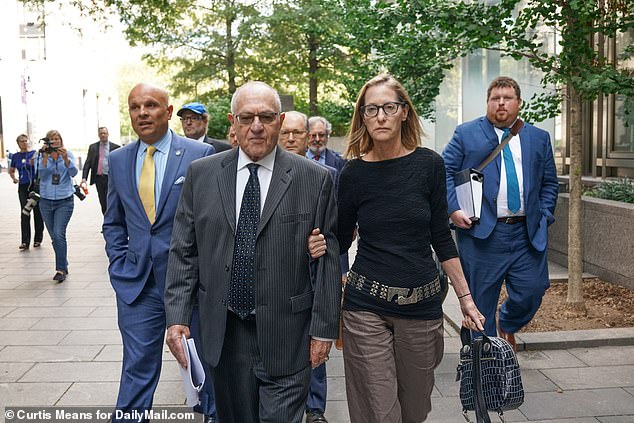 Dershowitz, pictured with his wife Carolyn Cohen, leave Manhattan Federal Court after he tried to get the case against him tossed 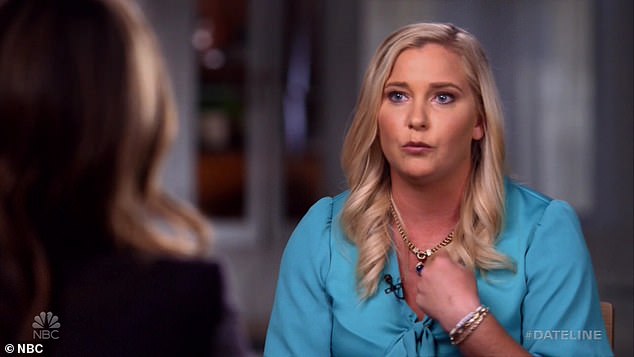 Virginia Roberts says she was abused by Jeffrey Epstein for several years in the late 1990s, during which time she claims she was forced to have sex with several prominent men

Dershowitz asked a federal judge Tuesday to throw out a lawsuit that accuses him of lying about his sexual history with a woman who claims she was a teenage victim of a Jeffrey Epstein sex trafficking ring.

Dershowitz previously said he welcomed the suit to prove he never had sex with – or even met – Roberts, who has accused the noted lawyer and a long list of other prominent men of sexually exploiting her when she was 17 and 18 years old.

But his lawyers argued Tuesday that Roberts waited too long to file her defamation lawsuit and that her case should be dismissed under the statute of limitations. 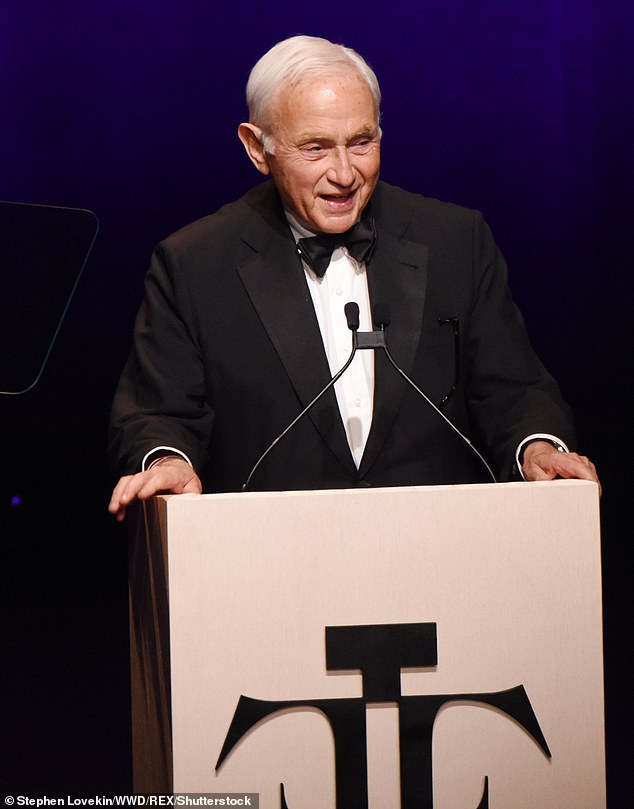 Dershowitz claimed that Leslie Wexner, pictured, is being extorted for millions of dollars by Virginia Roberts 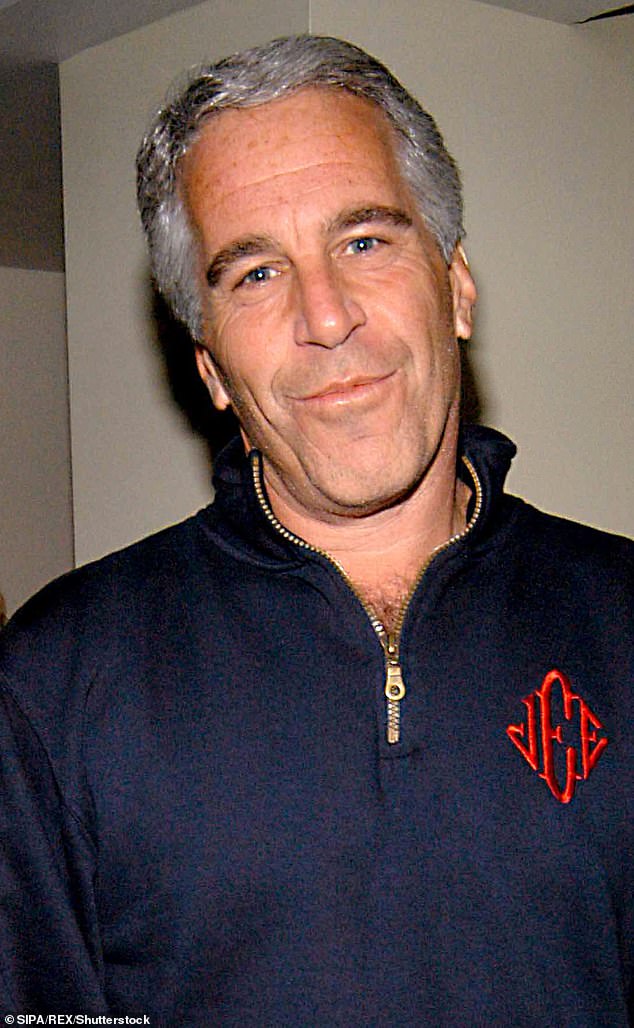 Virginia Roberts has claimed she was forced by Jeffrey Epstein, pictured, to have sex with Dershowitz on multiple occasions 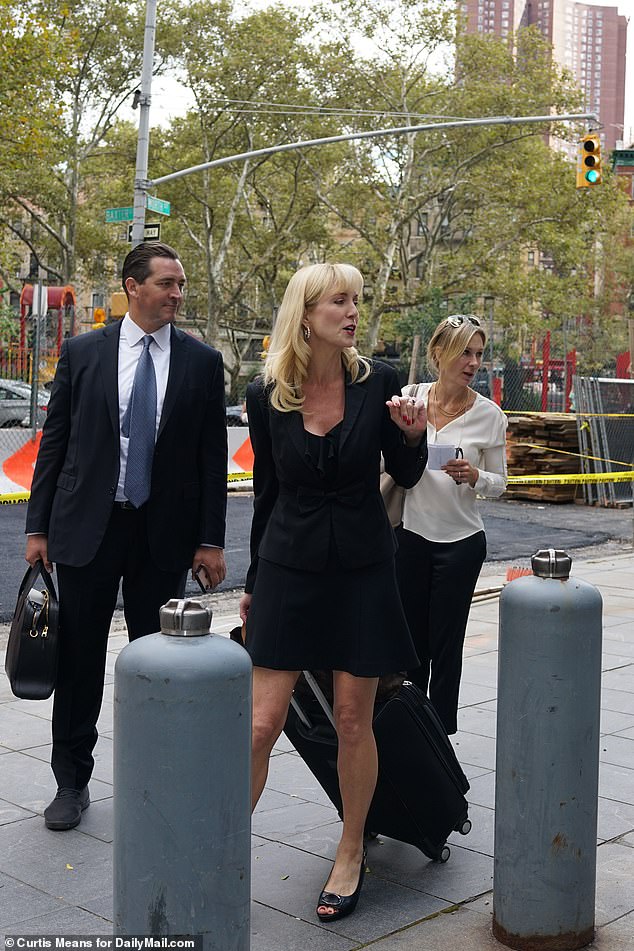 Defense lawyers also said Dershowitz has denied Roberts’ claims since 2015 and has the right to defend his reputation when the accusations are repeated.

Roberts’ allegations date back many years but drew new attention after Epstein was charged in New York with sexually abusing dozens of girls.

Epstein killed himself last month in a Manhattan jail cell while awaiting trial.

Roberts spent two years as Epstein’s sex slave, she claims, during which time she claims she was forced to have sex with Dershowitz on numerous occasions in Florida, New York, New Mexico and the U.S. Virgin Islands.

She also alleges that Dershowitz witnessed Epstein abusing other girls.

Roberts’ lawyers countered that because Dershowitz has expanded his attacks on her credibility over the years, they had the right to pursue a fresh defamation lawsuit.

Dershowitz continued to rail against Roberts’ claims outside court too, saying she had done ‘a terrible disservice to a great movement, the MeToo movement’.

‘The MeToo movement relies on credible reports of sexual misconduct and when a woman and her lawyer make false allegations and falsely accuse people, it hurts not only the falsely accused person, me, but it hurts everybody who is a true victim of sexual abuse,’ he said.