Alan Duncan: Brexit vote was a ‘tantrum’ over immigration

A Foreign Office minister tonight branded the Brexit vote a ‘tantrum’ by voters and claimed Government’s job was to stop it being a disaster.

Sir Alan Duncan faced immediate calls for him to be fired over his ‘contempt’ for the 17million Brexit voters after his remarks emerged.

Boris Johnson’s deputy made the incendiary claims today while on a visit to the United States.

Sir Alan, a Remain campaigner, said traditional blue-collar Labour supporters had been ‘stirred up’ by the immigration issue in the final days of the campaign.

He claimed said some of the anger directed towards immigrants had been ‘slightly artificial’ as people in the UK did not want the jobs they were taking.

‘The manner in which the campaign was fought stirred up a lot of sentiment amongst people who were not habitual voters, particularly on the issue of immigration,’ he said during a question and answer session at The Chicago Council on Global Affairs.

‘They were stirred up by an image of immigration which made them angry and made them throw a bit of a tantrum.’

Sir Alan said it was ‘one of the paradoxes’ of the campaign that Boston in Lincolnshire had voted so heavily for Leave when the local agricultural sector was dependent on migrant workers from Poland.

‘Lincolnshire folk if you like said ‘Oh, they are coming to pinch our jobs’. Well, they wouldn’t do the jobs themselves anyway so it was a slightly artificial anger,’ he said.

Sir Alan, who is the minister for Europe and the Americas, said the Government was now trying to make the best of the result.

‘We have to make the most of what we are now required to do by the referendum to try and turn it into an opportunity and not a disaster,’ he said. 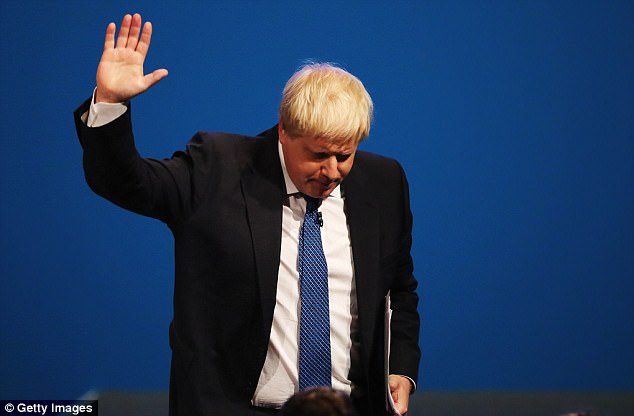 Sir Alan, deputy to Boris Johnson (pictured in Manchester today) at the Foreign Office, faced immediate calls for him to be fired over his ‘contempt’ for the 17million Brexit voters

He was also highly critical of the way the Remain campaign led by David Cameron and George Osborne had been fought which, he said, contributed to the outcome.

‘The Remain campaign was badly conducted in that the then government under David Cameron and George Osborne very much hogged the campaign limelight and it didn’t look as though the Remain argument put a vision of optimism,’ he said.

‘Nor did it appear a cross-party endeavour. That made elements of voting opinion treat it as a verdict on the government of the day which invariably creates anti feelings and that converted into votes.

‘That I think explains part of the chemistry that led to the result.’ 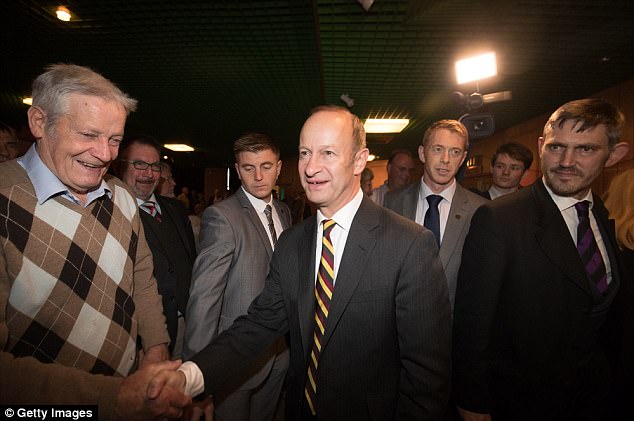 In his first intervention as Ukip leader, Henry Bolton said: ‘How can a man who is meant to represent the UK in Europe feel that way about the majority of the people in the UK?

‘The contempt that he shows towards the 17 million is a disgrace, but is symptomatic of a political elite who despise the ordinary people of our country and their hopes and aspirations.

‘The Prime Minster cannot just sit back and allow this. Her authority and credibility already are already in question and the words of her minister will undermine her even further if she doesn’t act. How can those millions believe her leadership in negotiations, and how can our EU colleagues not laugh at her if she fails to do so?’