Former Wallabies coach and 2GB radio host Alan Jones has been told to ‘get a life’ after he made an unprovoked attack on a female rugby journalist.

Jones called out Beth Newman, a reporter for Ruby Australia, in a scathing column for The Australian following the Wallabies’ 40-12 loss to the All Blacks at Eden Park on Saturday night. 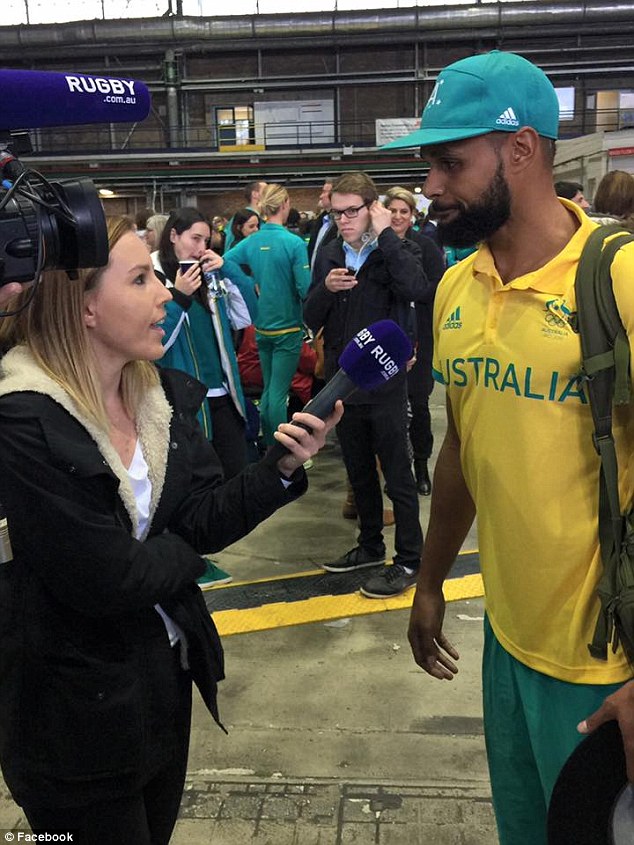 In the column published following the Wallabies’ 40-12 defeat to the All Blacks on Saturday, Jones called Newman a ‘hack’ and a ‘paid mouthpiece for Australian rugby’ 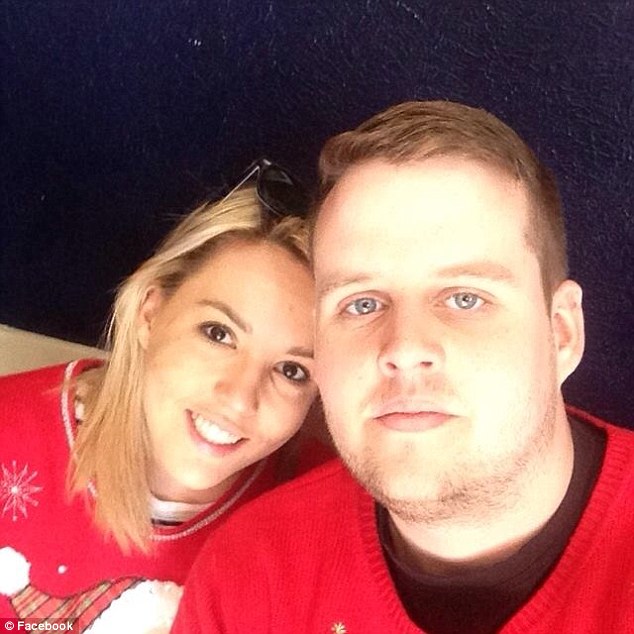 But colleagues of Newman (left) jumped to her defence, questioning why Jones had to bring a female reporter into his attack on Australian rugby

‘I picked up the rugby program for the test match last Saturday in New Zealand’ he wrote in the column.

‘The world of rugby was at the game. And some hack, Beth Newman, is writing on Australian rugby.

‘How the hell would her utterly irrelevant musings represent an appropriate evaluation to the world of the state of the Wallabies.’ 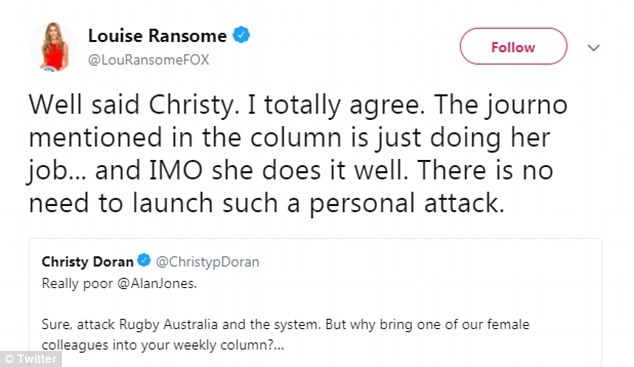 Fox Sports presented Louise Ransome was critical of Jones’ targeting of Newman, saying there was no need for the 2GB host to ‘launch such a personal attack’ 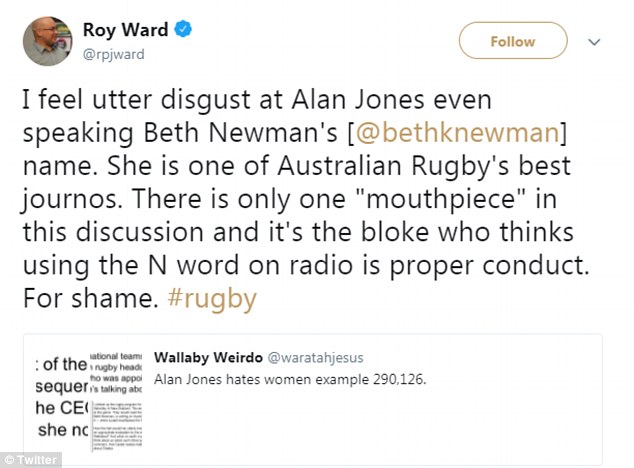 Sports reporter Roy Ward criticised Jones’ own behavior during the Liberal leadership spill, when he used the colloquial phrase ‘n****r in the woodpile’

NRL reporter Margie McDonald was quick to defend Newman, as well as ARU CEO Raelene Castle – who was also attacked in Jones’ column

But other journalists jumped to Newman’s defence, saying Jones’ singling-out of the female reporter was unnecessary.

Sports writer Roy Ward tweeted: ‘I feel utter disgust at Alan Jones even speaking Beth Newman’s name. There is only one ‘mouthpiece’ in this discussion and it’s the bloke who thinks using the N word on radio is proper conduct.’

The tweet alluded to Jones’ use of the colloquial phrase ‘n****r in the woodpile’ last week in reference to the Liberal Party leadership spill.

Jones apologised for using the phrase the next day on 2GB radio.

Another sports reporter told Jones to ‘get a life’ for a ‘completely out of line crack’ at Newman.

Others questioned Jones’ decision to single out a female reporter in his column.

Sports reporter Christy Doran said: ‘Sure, attack Rugby Australia and the system. But why bring one of our female colleagues into your weekly column?’

Newman has worked at rugby.com.au since September 2015, having previously worked as as sports reporter at the Brisbane Times.