An Albanian gangster facing murder and sex trafficking charges in Italy has had his bid to claim asylum in Britain vetoed by Home Secretary Priti Patel in the first case of its kind.

Albert Visha, a fugitive from police following a murder in a Milanese parking lot five years ago, was deported on Friday evening on the personal orders of Ms Patel, The Mail on Sunday can reveal.

The Home Secretary – who came to office promising to make criminals ‘feel terror’ on the streets – used an executive power which was introduced 16 years ago, but ignored by her predecessors, to override the asylum process.

Albert Visha, a fugitive from police following a murder in a Milanese parking lot five years ago, was deported on Friday evening on the personal orders of Ms Patel

Her move comes amid mounting public anger over foreign criminals using the British justice system to stay in this country.

Last year, The Mail on Sunday revealed how a Somalian rapist escaped deportation after a mutiny by plane passengers.

Yaqub Ahmed, who was part of a gang who subjected a 16-year-old girl to a terrifying rape ordeal, escaped deportation last October after a revolt on board the jet as it sat on the tarmac at Heathrow.

He has since frustrated Home Office attempts to kick him out by claiming that he feels ‘suicidal and depressed’.

Visha fled to the UK after an Italian prosecutor issued an arrest warrant for him over the death of fellow Albanian Selim Leka in 2014.

Witnesses said Visha had been seen fighting violently with Leka – who later died of multiple stab wounds – in a row over the alleged proceeds from the trafficking of Albanian women into the EU. 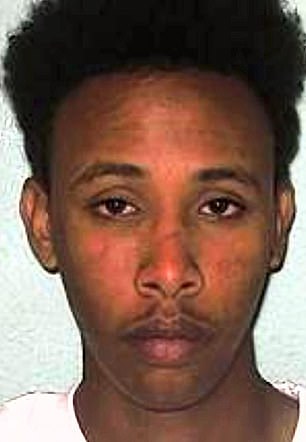 At the request of the Italian authorities, Visha was arrested by British police last year to face trial over offences including ‘participation in an organised crime group, exploitation of victims for prostitution and murder’.

But after fighting endless appeals against his extradition, Visha applied for asylum in March on the grounds that he would face ‘persecution’ if he was sent back to Italy.

Under previous Home Secretaries – including Theresa May – applying for asylum proved sufficient to thwart extradition of criminals while their applications were being considered.

But Ms Patel decided to invoke a previously unused ‘Section 40’ power in the 2003 Extradition Act which allows the Government to issue a certificate overriding the asylum process if the Home Secretary is satisfied that the person’s ‘life and liberty’ would not be threatened ‘by reason of his race, religion, nationality, political opinion or membership of a particular social group’.

She moved to act last week after officials warned her that, if Visha was not returned by September 27, the Italian case would collapse and he would then be at liberty in the UK.

A source close to Ms Patel said: ‘Foreign criminals have had an easy ride for too long, but that’s going to change. They’ve been playing the system with their lawyers for years while the public looks on in disgust. Priti simply isn’t going to let this go on’.

Ms Patel was advised by Home Office officials that as this was the first ever use of the Section 40 power she could face criticism from Left-wing media outlets for overriding the asylum process. 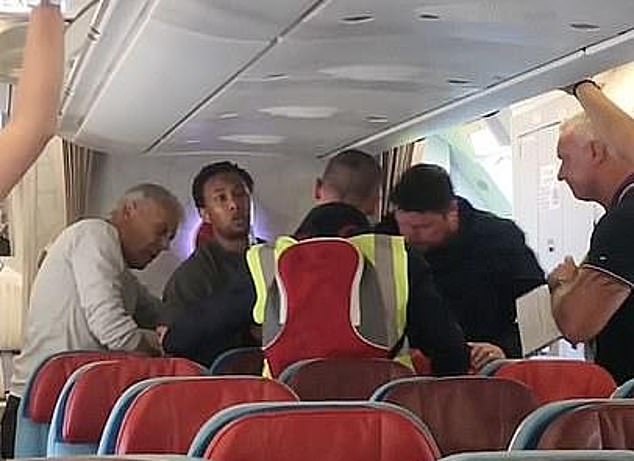 An astonishing one in ten foreign prisoners is Albanian, the most common non-British nationality in English jails, making up 876 of the 9,089 foreign national offenders. But in the population at large less than 0.2 per cent of foreigners hail from Albania.

The National Crime Agency has warned the Home Office: ‘Albanian crime groups have established a high profile influence within UK organised crime, and have considerable control across the UK drug trafficking market, particularly cocaine. They are also expanding their influence’.

Ms Patel, who will be one of just four Cabinet Ministers granted a keynote speaking slot at this month’s Tory party conference, signalled a return to zero-tolerance policing when she was appointed Home Secretary by Boris Johnson in July.

She has pledged to restore flagging public confidence in law and order by ’empowering’ officers to go after thugs, saying: ‘With more police officers out there and greater police presence, I want them to literally feel terror at the thought of committing offences.’

Last night, a Home Office spokesman said that they did not comment on individual extradition cases.