‘I will always carry you in my heart’: Alberto Moreno bids emotional farewell to Liverpool fans and team-mates after five years at Anfield

Alberto Moreno has bid an emotional farewell to Liverpool following his five-year spell at Anfield.

The popular Spaniard said he achieved a childhood dream by playing a part in winning the Champions League last season and will always be a fan of the club.

Moreno joined the Reds from Sevilla in the summer of 2014 and now that his contract has expired is set to move back to La Liga with Villarreal as a free agent.

The 26-year-old made a total of 141 appearances for the club but found himself playing second fiddle to Andrew Robertson over the past couple of seasons.

He wrote: ‘Life goes in cycles and mine at my beloved LFC has drawn to an end.

‘Upon reaching this point, I would like to thank the entire Liverpool family: my dear team-mates, with whom I’ve shared five marvellous years and who I will forever think of as family, and, of course, the owners, directors, coaching staff, doctors, physios, kitmen and each and every person at the club.

‘Thank you for making me a better footballer and, above all, a better person; for helping me to fulfil one of my childhood dreams by winning the Champions League, and, in doing so, becoming a small part of the history of this great club. 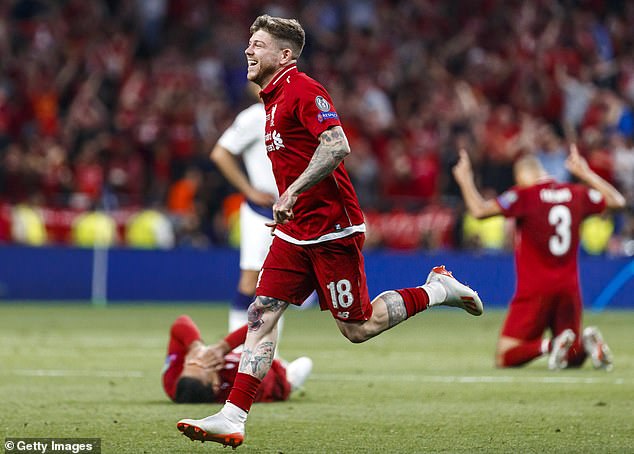 ‘My gratitude too, to the city, which embraced me as one of its own from day one and will live long in my memory, whenever I look at my son Alberto Jr, who is a Liverpudlian himself.

‘Finally, a very special thank you to the club’s superb fans, who always supported me. I wish you all at Liverpool FC the greatest successes. Wherever life takes me from here, I will always carry you in my heart and forever be a fan.You’ll never walk alone!

‘Plenty of the defender’s former team-mates chimed in to wish him well, including Steven Gerrard who wrote: ‘Good luck amigo’, and Alex Oxlade-Chamberlain who added: ‘We’ll miss you hermano’. 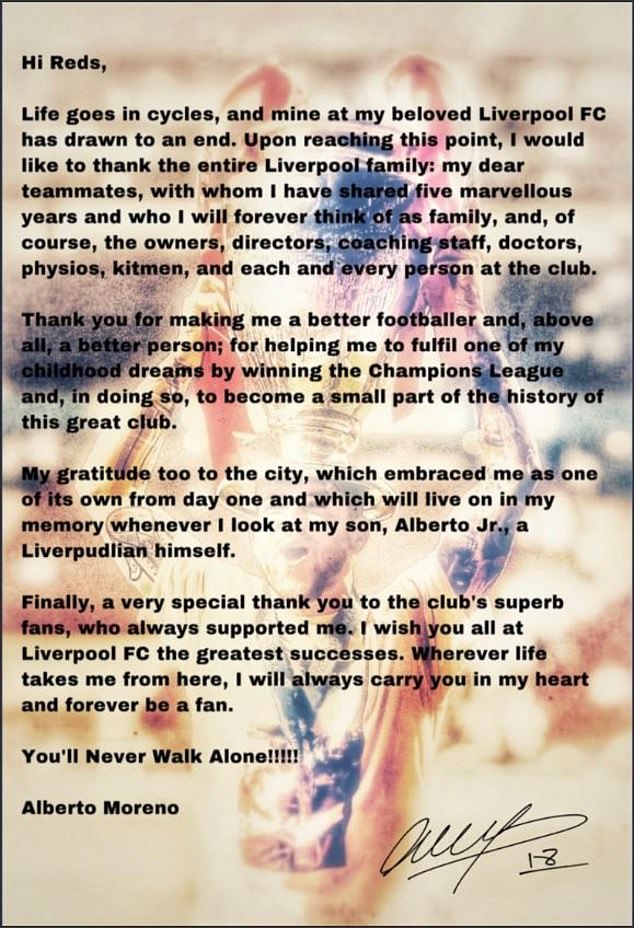