Anthony Albanese gushes over Jodie Haydon’s transformation from being a ‘coastie’ to the country’s first lady: ‘Dignity and honour’

Prime Minister Anthony Albanese sang the praises of his ‘coastie’ girlfriend, Jodie Haydon, for her handling of her new role on the world stage during the final sitting of parliament for the year.

Mr Albanese began his 2022 valedictory speech by reflecting on events from the year gone by before pivoting to an outpouring of adoration for his partner, who he said has represented Australia with ‘dignity and honour’.

‘I pay tribute to her and I thank her for sharing this journey with me,’ he said.

His words elicited an enthusiastic ‘hear, hear’ from members of the Labor party.

The prime minister recalled how Ms Haydon was thrust into the spotlight after he became the nation’s leader in May.

He said Ms Haydon had since been involved in activities ‘a ‘coastie’ would not have anticipated’, a reference to his girlfriend hailing from the Central Coast of New South Wales,

One of these activities, he said, was being photographed with Brigitte Macron, wife of French president Emmanuel Macron, when she accompanied Mr Albanese on a trip to Europe in July.

It is believed the loved-up couple met at an event in Melbourne in 2020, where they bonded over a shared passion for the South Sydney Rabbitohs.

Mr Albanese also used his time in parliament to thank his son, Nathan, who he dubbed his ‘best mate’, for being ‘by my side each and every day’. 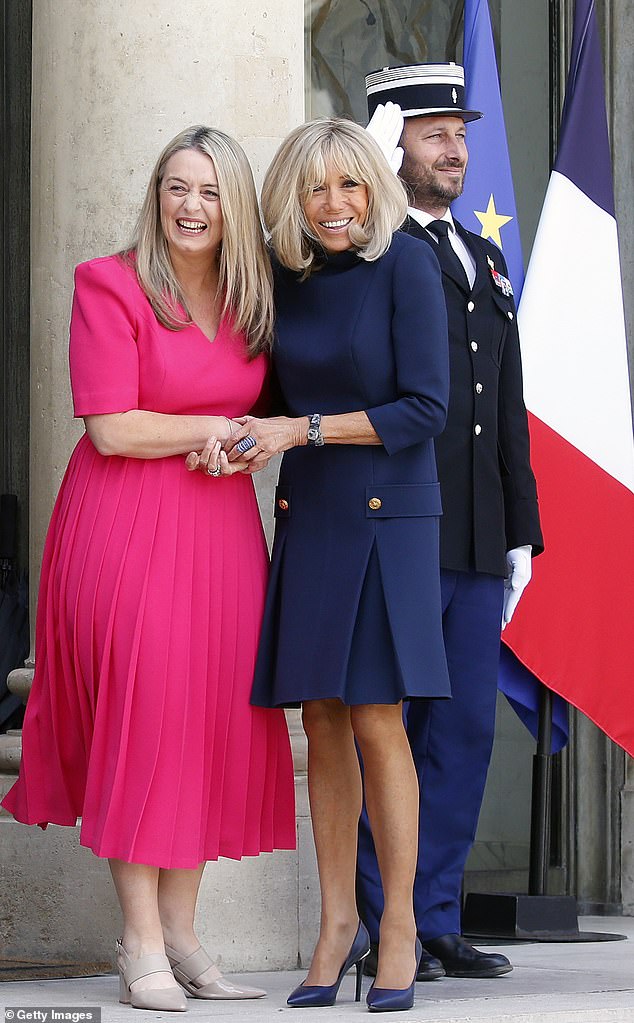 Jodie Haydon (left) was thrust into the spotlight this year, including meeting Brigitte Macron, wife of French president Emmanuel Macron, in July

Mr Albanese split from his wife, Carmel Tebbutt, in 2019, after she reportedly left him suddenly after 20 years of marriage.

Ms Haydon, who doesn’t have an official title, has been spotted with the prime minister on many occasions, and stood right by his side as he delivered his victory speech after the federal election in May.

Mr Albanese’s speech came on the final day of parliament, which is set to resume in February, 2023, giving MPs a generous break over the Christmas period. 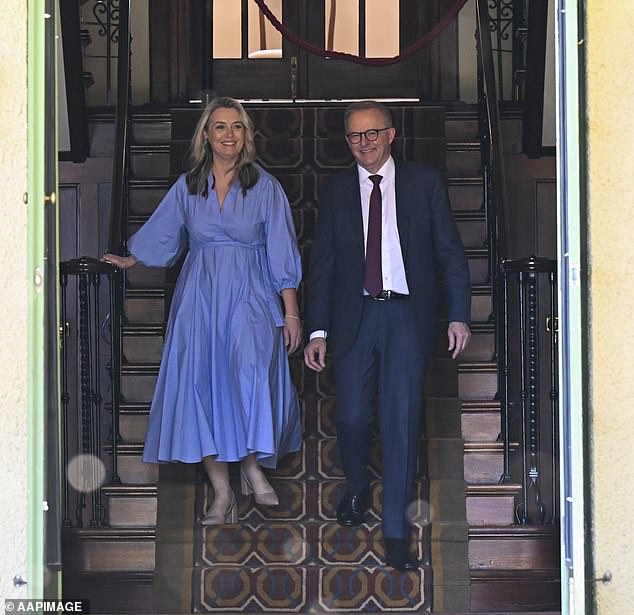 Ms Haydon (left), who doesn’t have an official title, has been spotted with the prime minister on many social occasions