Alcohol companies using coronvirus-themed marketing have been slammed by an industry watchdog for encouraging Australians to drink excessively in isolation.

Figures commissioned by the Foundation for Alcohol Research and Education (FARE) showed 70 per cent of Australians were drinking more since isolation began with one third now hitting the bottle every day.

CEO Caterina Giorgi told Daily Mail Australia online ads featuring the slogans such as ‘a bottle a day keeps the iso boredem away’ encourages people to drink excessively in isolation.

‘Our concern is if people see messages from alcohol companies that talk about drinking more to get through isolation then it is really exploitating this situation and we just think it shouldn’t be allowed,’ she said.

Ms Giorgi is calling for a blanket rule in regulations to stop alcohol companies exploiting people during the difficult coronavirus period. 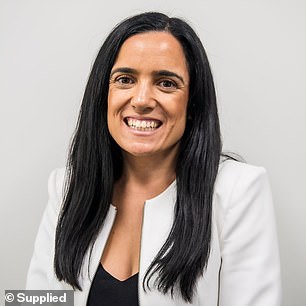 Ms Giorgi said their poll found a third of people purchasing more alcohol were doing so to control their anxiety and stress while in lock down.

The poll also revealed 32 per cent of respondents drinking more were concerned about the habits of themselves or those in their household.

The figures also showed 20 per cent of Australians were also purchasing more alcohol than before the crisis. 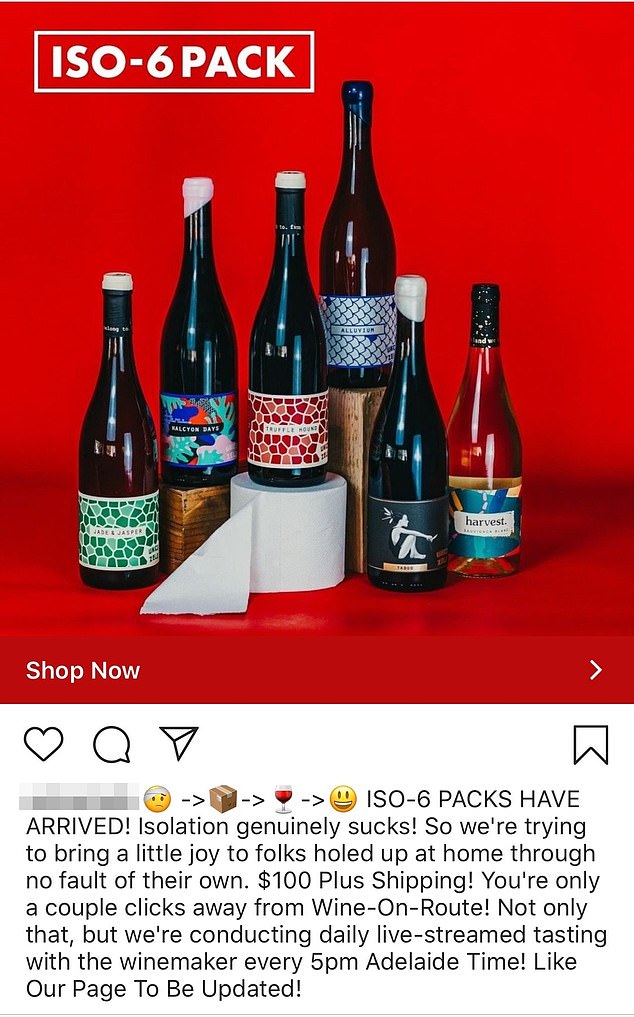 CEO of Alcohol Beverages Australia, Andrew Wilsmore, told Daily Mail Australia there had been several complaints filed against offending ads and they were being swiftly shut down by the regulatory body.

‘There is a specific code that prohibits encouraging all forms of excessive consumption and that is very important particularly right now,’ he said.

Mr Wilsmore said alcohol companies should be free to create advertising around coronavirus isolation as long as it is done in a ‘responsible manner and adhering to the Alcohol Beverages Advertising Code’.

But Ms Giorgi said only one ad had been removed with advertising focusing around drinking excessively still rampant online.

Mr Wilsmore also fired back at the idea that Australians were drinking more and said the study done by YouGov deliberately targeted a brief increase of sales during a period of panic buying.

‘It’s has occurred at the very time that there was a degree of fear in the community that bottle shops would be closed and panic buying was occurring,’ he said.

He argued that alcohol consumption was down overall according to analysis done on Commonwealth Bank credit card records. 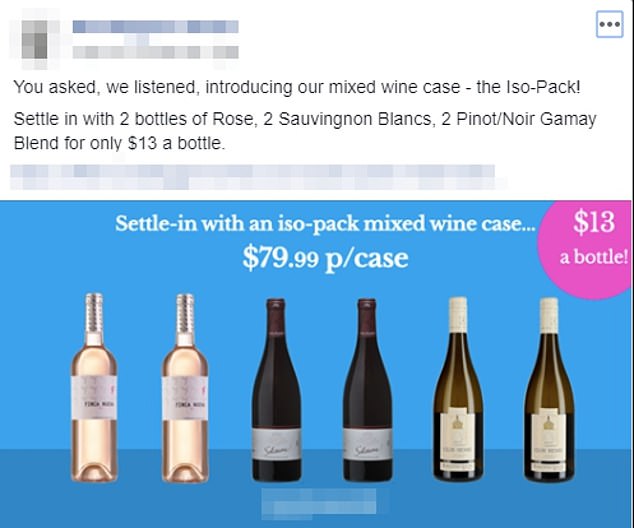 He said the closure of pubs, hotels and clubs had seen consumers buy more alcohol but not enough to make up the difference compared to the same time last year.

‘When you look you look at the loss of sales from the closure of bars and pubs and clubs it has nowhere near made up for the small increase in additional retail sales,’ he said.

While he said according to FARE’s data 20 per cent of Australians may be buying more the remaining people could even be drinking less.

‘We don’t know if these people are going from drinking one day a week to two days a week, and they are making the assumption that everyone has gone to binge drinking levels,’ he said.