‘Alcohol cost me boyfriends and my self-esteem’

It is the summer of 2007 and I wake up shivering on a thin mattress. My head against a concrete wall. A bare lightbulb above me.

A police officer peers in at me through a cell porthole.

‘Brixton Police Station. You were arrested last night for being drunk and disorderly.’ I pause as the blood-freezing horror of my predicament chills me. I recall snatches of talking to a nice but weary doctor who asked me how much I’d drunk and tried to get me to walk in a straight line.

2010, age 30, three years before I quit. At a friend’s wedding in Wales. I got drunk on the train on the way down the night before

‘Nope. The doctor says you’ll be sober enough to leave at 9am.’

‘Sorry, that’s just not how it is. You seem like a nice-enough girl – why did you drink so much?’

I have no response. The truth is that I don’t know, because I’ve never felt as though I had a choice. Once I start drinking, 99 per cent of the time I get trashed.

‘I’ll gather your belongings,’ the officer says when it is time for me to leave. Well, at least I still have my handbag. Small mercies. He hands me a plastic evidence bag. Inside, there’s a child’s glittery pink hairbrush. That’s it. I’ve never seen it before. No handbag. No keys. No phone. No money. No cards. I redden with shame.

The first time I got drunk I felt like I’d unzipped my ‘wrong’ skin and slipped into a slinky new one. One without the spiky inhibitions that felt ridiculously right. It was like taking off chainmail and slipping into a heavenly silk gown.

The bonuses of sobriety

I was 12 when I started drinking alcohol. As an incredibly nervous kid, I began to believe that relief resided in bottles. That great stories were at the bottom of glasses. That booze was an anaesthetic for my ever-present anxiety. When I was sober, life was too sharp, too painful, too real and too loud. Drinking softened the edges and blurred the clarity. It turned an intimidating Andy Warhol pop-art world into a misty Monet watercolour. Blackouts were common. I thought everyone experienced lost hours from nights out. I thought everyone felt jangly nerved until they had a drink. It turns out they don’t.

The partying took its physical toll. Calling in sick to work became a regular occurrence. I told myself that because I was hardly ever ill I deserved a few hangover sickies – for the paralysing ones. The times when I literally could not move from my bed for the entire day. Or when I woke up wearing last night’s clothes on the other side of London from my flat, at 10am (which was often).

Alcohol unlocked my true self, I thought. I was willing to pay for that luxury. Sober, I just felt wrong. What I didn’t know was how terribly high the price was going to be. It was going to cost me friends, familial love, many boyfriends, the respect of my colleagues and all of my self-esteem. It was going to place me in dangerous situations – scenarios in which it was amazing I wasn’t killed. 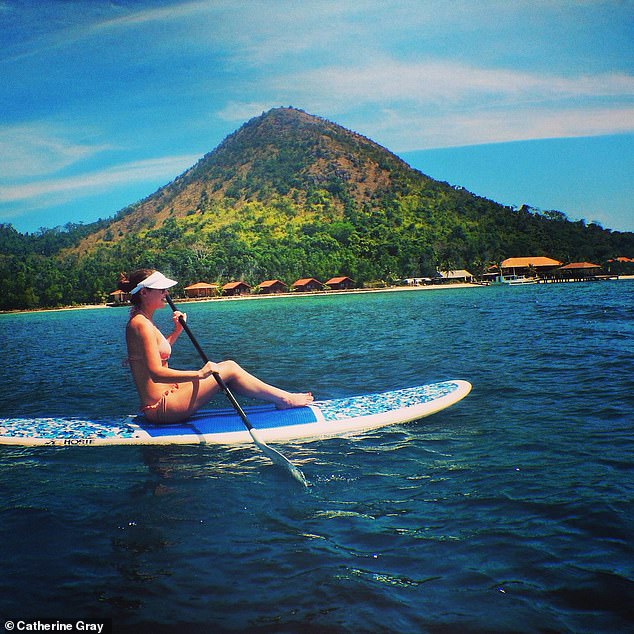 2015, age 34, seventeen months sober. I went to the Philippines to do my PADI open-water diving course 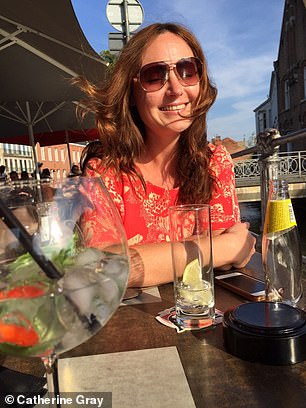 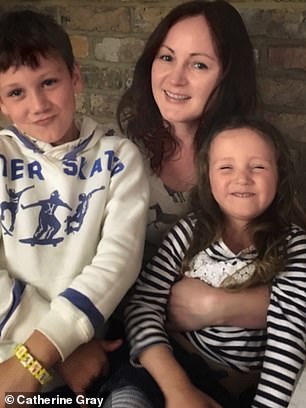 The pace was glacial over the next 21 years. When I first started drinking the scary times were one in 100. Then they were one in ten. Then every other time. Then every time. But I’d long forgotten there was an alternative. For me, addiction manifested itself in the breaking of hundreds of tiny rules. The rules of normal drinking. I never thought I’d use my last grocery money to buy wine – until I did. I never thought I’d drink in the morning – until I did. And once you’ve broken a rule once, it becomes very easy to break it again and again.

I was only perhaps a six on the addiction spectrum when I first tried to moderate my alcohol intake and failed. I would find success in the short term and then my binges would slalom out of control. In June 2010, a couple of months after my 30th birthday, I was dumped by my beloved boyfriend of three years. ‘We’ll get married if we stay together, because I do love you, but I don’t think we’ll be happy,’ he said. I didn’t know it at the time but he was absolutely right. ‘It’s like you look for things to be unhappy about,’ he would say. And I did – because they were great excuses to drink. 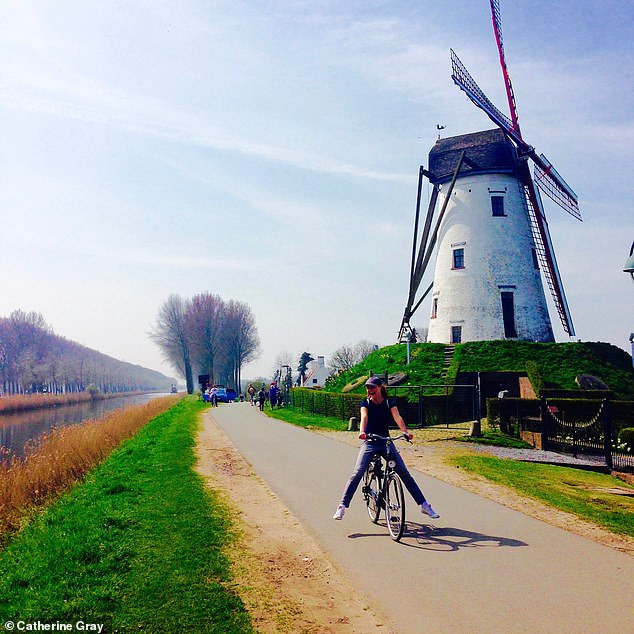 2015, age 35, nineteen months sober. I moved to Bruges for most of 2015, even though I knew no one. Why? Because I loved it there and fancied an adventure. 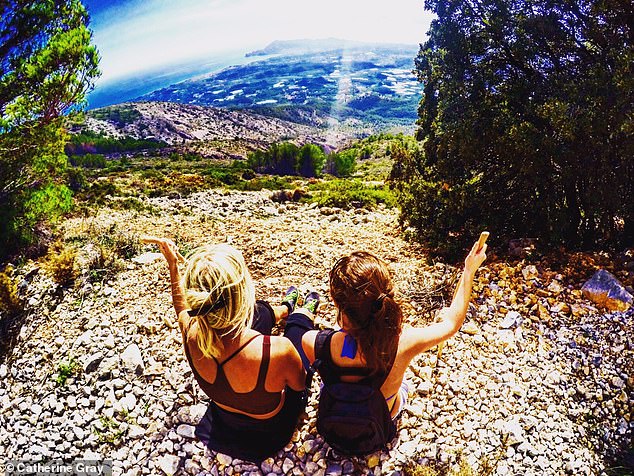 2015, age 35, twenty-two months sober. Being outside among beautiful landscapes makes me happier than nightclubs ever did

I was utterly heartbroken. In the wake of the break-up I started hosting my own pity parties. On the guest list: me and alcohol. I isolated myself and stayed at home. Going out had lost its allure. I told myself I was too tired. But the reality was I didn’t want to socialise; to drink with other people. I began hiding bottles in the bathroom. Tucking beer behind the cistern. Or vodka behind the claw-foot bath. It made more sense keeping the bottles in there as that was where I did most of my drinking.

When my parents realised what was happening and locked away the booze, I drank peppermint tea topped up with [a high alcohol] mouthwash. Clever, eh? I thought my pepperminty breath would put them off the scent. When my stomach twisted painfully, I googled ‘is mouthwash dangerous to drink?’ Article after article said not only was mouthwash toxic, but it could kill you if you consumed enough of it. How much had I drunk? I realised that if I continued, I would die prematurely. And I didn’t want to die. I wanted to live.

When I first tried to be sober, my brain felt like a foe. I didn’t want to drink and yet my brain kept suggesting I reach for alcohol. It was utterly confounding. I didn’t understand why my brain and my intentions were at odds. But like so many aspects of sobriety, once you whip back the curtain and see the wizard, what was once mythical, all powerful and intimidating shrinks to become a little old man in a waistcoat.

‘Alcohol is extremely addictive primarily because of the way it affects the brain,’ says Dr Julia Lewis, a psychiatrist who has worked in addiction for 12 years. ‘Alcohol resets the brain, hijacking its basic circuitry so that it becomes alcohol’s biggest fan.’ Dr Alex Korb, a neuroscientist, agrees. ‘The more you drink to soothe anxiety, the more “drinking as the solution” becomes encoded in the habit centre of the brain.’

Way back in my first sober month I read an academic paper that said neural pathways in the brain, including addictive ones, are formed in a similar way to hiking trails. The more a route is used, the smoother and wider it gets. It becomes the default easiest route. So when you need to forge a new (sober) path through the forest, it will feel arduous at first.

The beauty of being alcohol-free

It turns out my body hated my drinking. We’re not meant to put alcohol into our bodies. It’s like putting diesel into a petrol engine. And our bodies have to work extremely hard to clean out the neurotoxins. I found this out when I quit because I felt spectacular. I began springing out of bed at 6am and running 12km – for fun. My unexpected joy at being sober felt like a stroke of serendipity, a beautiful accident – but really it was just science. When you stop putting toxins into your brain and body you start to feel brighter.

I also started to look better. After six months of sobriety, I went to a party and ran into people who hadn’t seen me for a year. They weren’t just complimentary about how well I looked; they were gobsmacked. I must have looked really unwell before.

In the last year of drinking, I hid. I had this deerstalker hat and wore it all the time because it covered most of my face. I would pair it with a voluminous parka to cover as much of my body as possible. When I had been sober for a year, I took great pleasure in chucking out that hat. 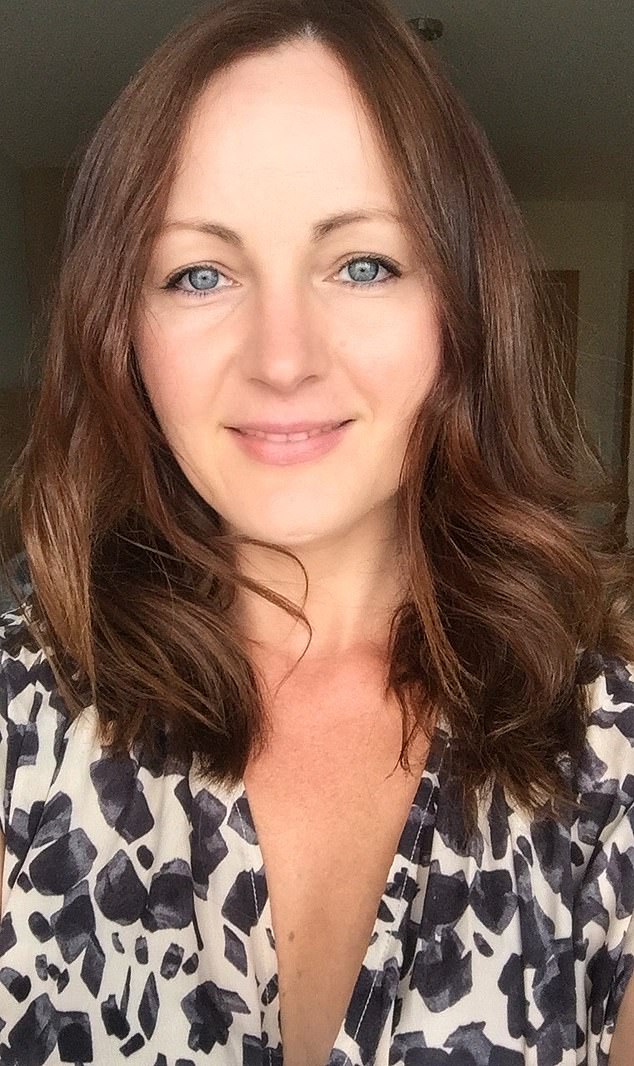 When I stopped drinking, my eyes got bigger and clearer. Then they got smiley again

I found that sober, I was about a million times happier than I had ever been while drinking. As were the dozens of other sober pals I picked up along the way. I found myself with more hours in the week, heaps more energy, £23,000 more money over four years, deepened friendships, revived family relationships, better skin, a tighter body, the ability to sleep for eight uninterrupted hours, a bone-deep sense of wellbeing, a positive outlook and an infinitely more successful career. What’s not to like about that?