Alcohol replacement pill could hit the market by 2020

Finishing that bottle of wine you opened to enjoy with dinner just because it’s there could become a thing of the past, thanks to a pill that promises to reduce cravings.

Arbaclofen placarbil, which aims to allow drinkers to moderate their consumption, could hit the market by 2020.

It manufacturers believe it could be beneficial to people who regularly exceed recommended limits, but don’t recognise themselves as problem drinkers.

Finishing that bottle of wine you opened to enjoy with dinner just because it’s there could become a thing of the past, thanks to a pill that promises to reduce cravings. Called Arbaclofen placarbil, it could hit the market by 2020

The NHS estimates that around 9 per cent of adult UK men and 4 per cent of women show signs of alcohol dependence.

Experts at the National Institute on Alcohol Abuse and Alcoholism in the US believes one in eight Americans are now alcoholics.

Worldwide, 3.3 million deaths every year result from harmful use of alcohol, according to the World Health Organisation.

This represent 5.9 per cent of all deaths.

Around one quarter of deaths in the age group 20 to 39 years are alcohol-attributable.

The harmful use of alcohol is a causal factor in more than 200 diseases and sustaining injuries.

Overall, 5.1 per cent of the global burden of disease and injury is attributable to alcohol.

The wonder drug, which is being created Indivior, works by inhibiting an area of the brain responsible for creating the pleasure people feel after having a drink.

Existing medications achieve this by blocking alcohol’s effects on the opiod receptors of the brain.

Arbaclofen placarbil however is based on Baclofen, a drug already used in France as a muscle relaxant and mild sedative, that targets the GABA receptors.

It seems likely that the new drug will target this mechanism of action, which is responsible for the warmly relaxing qualities of a tipple.

There are currently no details available on how quickly the pills will work and whether it will work as a one off, or if users will have to follow a particular dosing regimen.

Experts at the pharmaceutical company’s new £23 million ($31 million) research and development centre in Hull, opened last month, are currently refining its formula for a consumer version.

This is following trials in the US that showed positive results for many of its participants.

They found that a dose of 240mg was safe for participants, but there were significant variations in responses once this dosage was increased.

As well as helping alcoholics to maintain their abstinence, the company hopes the pill will help to reduce alcohol intake in other people with alcohol use disorders.

This includes middle class professionals who may be in denial about their levels of consumption.

In the firm’s annual report, a company spokesman said: ‘We completed a Phase 2a study for arbaclofen placarbil in the US, which suggested that the product was safe and well tolerated in a controlled abstinence setting, but with significant inter-individual variability in pharmacokinetics.

‘Additional clinical studies are required, and we are underway with new formulation development.’

This is not the first time that medication has been used to try and tackle the growing problem of over-indulgence on alcohol. 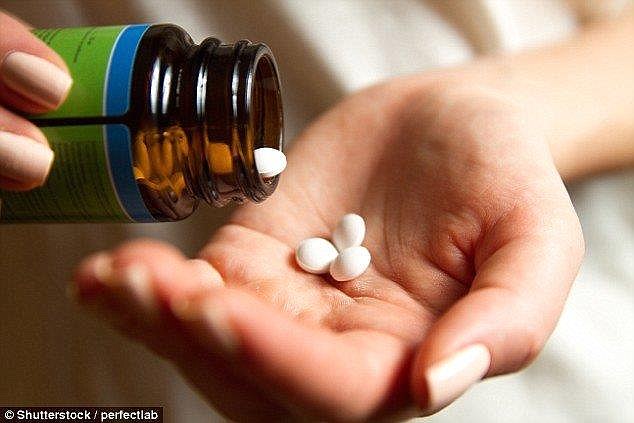 The wonder drug works by inhibiting areas of the brain responsible for creating the buzz people feel after having a drink. Experts are currently refining its formula for a consumer version

In 2014 a drug called nalmefene, also known as Selincro, became available in England and Wales via the NHS to those who drink at least half a bottle of wine or three pints every day.

It also reduces the urge to drink, but does so by helping to rewire the reward and pleasure centres of the brain over time, rather than inhibiting alcohol’s pleasant effects.

The pill, which costs £3, can be taken up to once a day and is designed to be used whenever the patient wants to stave off the desire to drink, much like a nicotine patch for smokers.

A similar method devised in the 1970s called the Sinclair Method, uses an opioid-controlling drug called Naltrexone to re-train the brain.

The drug, which is recommended by the National Institute for Health and Care Excellence, works by blocking the receptors that trigger the release of alcohol-related endorphins.

Over time, the daily pill is capable of changing addictive behaviours for good and effectively stops the addiction in its tracks.