An alcoholic university lecturer fell over and drowned in his flooded bath after a toothpaste packet he knocked over blocked the plughole as he fell, an inquest heard.

Property manager Colin Lashbrook was found sprawled face-down with his legs sticking out of his bathtub as water cascaded through his pitch-black flat in Reading, Berkshire, when police forced their way in.

Mr Lashbrook, 64, was surrounded by toiletries he had knocked off a shelf while trying to stop his fall.

Officers could not find a suicide note or any indication Mr Lashbrook wanted to take his own life but discovered several empty bottles of cider around his flat and he was more than four times the drink drive limit.

Mr Lashbrook had worked at the large, London-based property management firm Goddard and Smith before his death and had lectured about property at Reading University.

Police constable Vince Moore said he rushed to Mr Lashbrook’s flat in West Green Court, Berkeley Avenue, Reading, Berks., at around 4am on March 24 after a neighbour said they were concerned about him.

‘We knocked very loudly,’ he said.

‘At this point it was clear we would have to force entry. We got through the front door and as we did so shouted ‘hello police’. 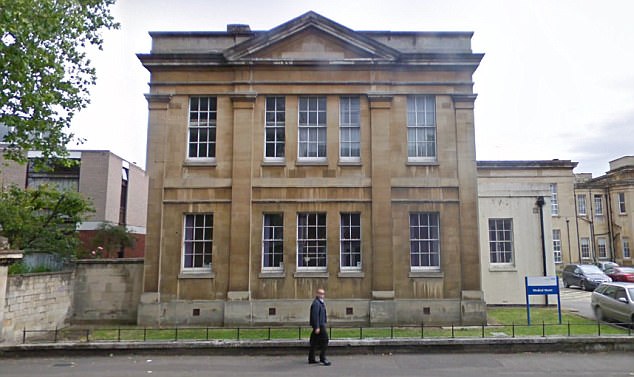 ‘We could hear running water from the bathroom, I heard my colleague say ‘oh no, he’s face down in the bath’.

‘I entered the bathroom and turned the taps off and I could see he was well beyond any life saving opportunity – he had no pulse and he was face down.’

The police officers found Mr Lashbrook’s legs were sticking out of the bath as though he had fallen forward and they spotted the toothpaste packet wedged in the plug hole.

They could not find a suicide note or any indication he wanted to take his own life but discovered several empty bottles of cider around his flat. 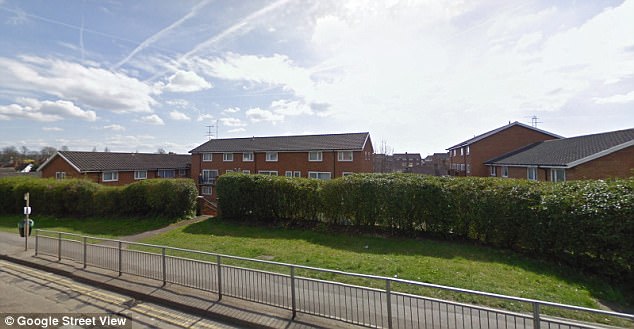 Professor Colin Lashbrook was found face-down in his bath at his home in West Green Court, Reading

The Berkshire coroner, sitting at Reading, heard that Mr Lashbrook had Ménière’s disease which affected his balance and a report from his GP said he was an alcoholic.

A toxicology report said blood samples taken from his body had an alcohol content of 328mg per 100ml of blood – more than four times the drink driving limit of 80mg.

‘The cause of death was drowning,’ a post-mortem report said. It added: ‘He was likely to have been suffering from the effects of extreme intoxication at the time of his death.’

Mr Lashbrook’s brother Douglas paid tribute to him after the inquest. He said: ‘Colin was well-read and could converse with anyone about anything.

‘He was very artistic, he loved the movies and spent a lot of time in the library. His profession was property management and he was highly respected in his field. He could converse with anyone as he was so well-read on every subject.’

Mr Lashbrook’s niece Caroline added: ‘He was very successful before the alcohol problems.’