Shoppers are devastated after spotting a dreaded hidden clue that their favourite Aldi garlic dip is being discontinued – so did you spot it?

Shoppers are devastated after spotting the dreaded one-letter code on a shelf label that indicates their favourite garlic dip from Aldi will be discontinued.

Posting in a Facebook group, a customer broke the news to fellow shoppers on social media after she shared a picture of the $2.99 Mediterranean garlic dip with a little ‘D’ marked on its shelf ticket.

‘Saw this today, the Mediterranean garlic dip had a “D” marked on its tag,’ she wrote.

The soon-to-be-discontinued item will not be replenished in the fridge aisle once the stock sells out. 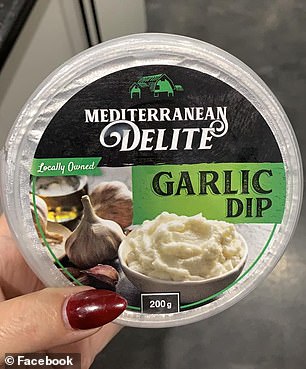 Many were stunned by the news, with one saying: ‘I hope they don’t discontinue it. It’s exactly the same as the Lebanese versions that cost three to four times the price. How does everyone know D means discontinued?’

However, one Aldi employee quickly responded to the post, confirming: ‘D means discontinued. Sorry I know, I work at Aldi.’

Despite the discontinued product, many revealed the same garlic dip can be found at many independent fruit and vegetable grocery shops and selected IGA stores.

‘They sell them in Middle Eastern grocery shops too,’ one customer wrote.

The garlic dip has been a huge hit among thousands of shoppers, with many using it to add a burst of flavour to their dishes – including roast vegetables, potato bake, and cheesy garlic bread pizza. 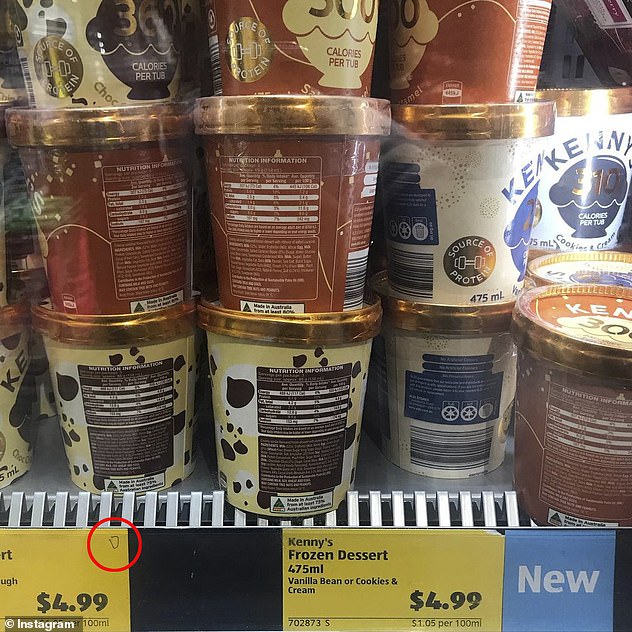 What the little-known code looks like: The little ‘D’ indicates the item has been discontinued (pictured above of Kenny’s discontinued choc chip cooking dough ice cream tubs) 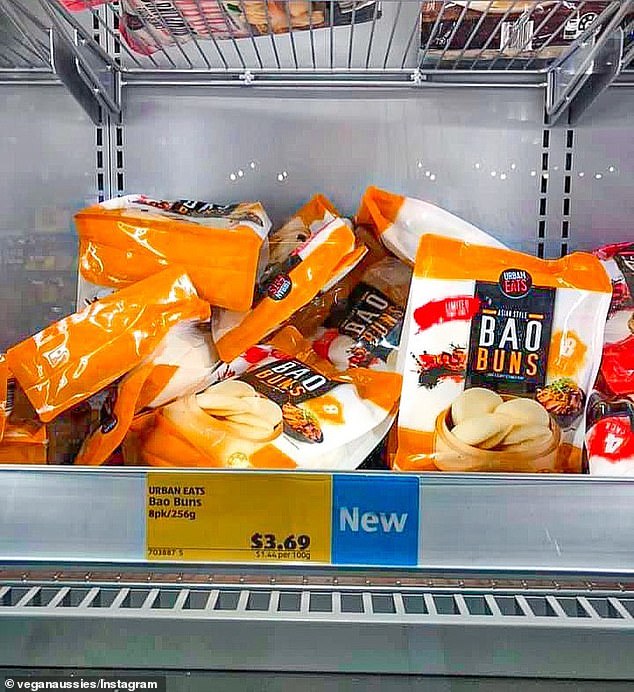 The worker, from New South Wales, urged fellow shoppers to stock up on the hugely popular $3.69 bao buns after she had to write the little ‘D’ on the shelf ticket in February 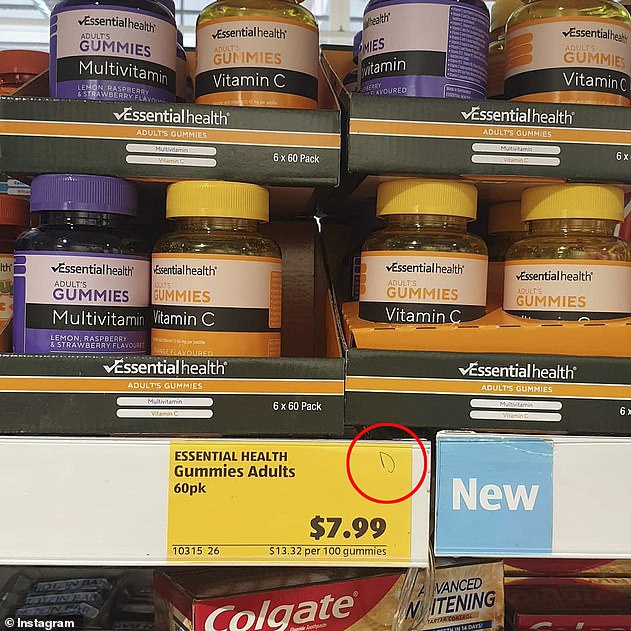 Besides the bao buns, other discontinued items have been spotted with the little ‘D’ on its shelf label, including Essential Health multivitamin and Vitamin C gummies (pictured above)

Earlier this year, an Aldi employee urged fellow shoppers to get their hands on the $3.69 bao buns after she had to write the little ‘D’ on the shelf ticket.

‘For all you bao bun lovers out there, it might be time to stock up. They were on the discontinued list [on February 10],’ the employee wrote in a Facebook group.

‘My first thought when putting the little D on the ticket: “Oh the Aldi mums are going to be disappointed”.’

Dozens of shoppers quickly responded to the post, saying they were shocked to see their favourite item being discontinued just weeks after first hitting shelves.

‘I don’t need this kind of negativity in my life,’ one shopper wrote.

‘Nooo they are awesome,’ another said, while one added: ‘I better buy up.’

With the item set to sell out, one shopper joked: ‘Now this will be a justified pandemonium with scenes similar to the great toilet paper shop off in 2020.’

However, some home cooks revealed they have been able to buy a similar version in the freezer aisles at Asian grocery stores, Costco and IGA.