Eagle-eyed shoppers have been left in stitches after spotting an embarrassing spelling gaffe on their Christmas wrapping paper.

The Queensland mother said she wrapped up all her family’s presents using the festive paper she purchased from retailer Aldi.

But upon closer inspection, she noticed the word ‘Christmas’ was mistakenly printed as ‘Chirstmas’ in an awkward blunder that has amused customers on social media.

‘Did anyone else pick up some wrapping paper from Aldi? Check the spelling,’ the mother said in a Facebook group.

‘I wrapped them all before I even noticed. I think my family will find it funny, as I did.’

Eagle-eyed shoppers have been left in stitches after spotting an embarrassing spelling gaffe on their Christmas wrapping paper – so can you work out what’s wrong?

Some shoppers – who purchased the same wrapping paper – only realised the typo after stumbling across the woman’s post on social media.

‘Oh my God, I didn’t even take any notice and I’ve wrapped a whole heap up,’ one woman said as she laughed.

Despite the error, many said the typo didn’t bother them because the paper will be ‘ripped’ and thrown away after opening presents.

‘Who cares, it’s only going to be ripped open on ‘Chirstmas’ day,’ one said as she laughed over the spelling over Christmas.

One joked: ‘Just use it for the little ones who can’t read yet.’ 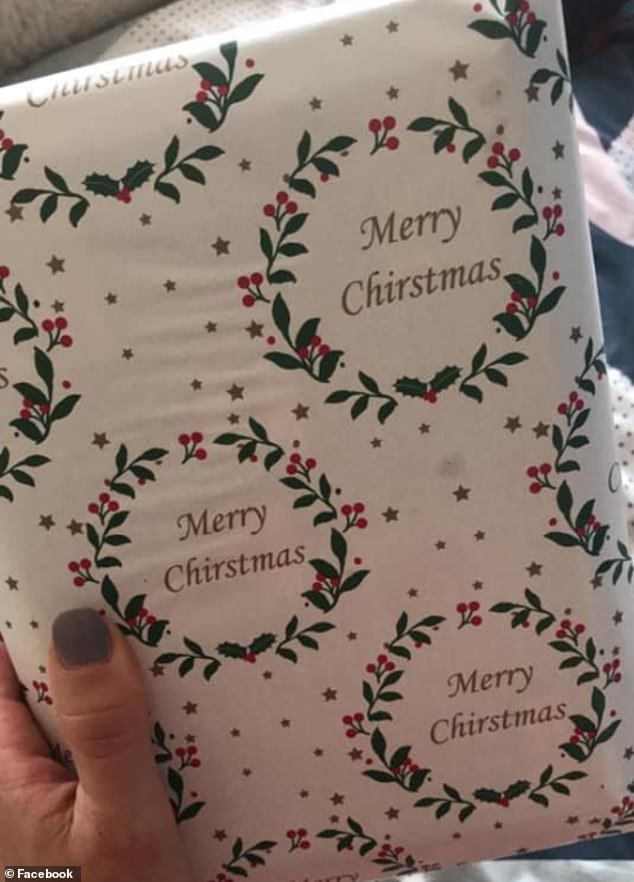 Many speculated the workers may have had ‘one too many eggnog on the job’.

‘Someone had too many Christmas cheer,’ one said.

Another said: ‘You had one job, just one job haha.’

And one suggested: ‘Or is it intentional so people can’t complain about celebrating Christmas? haha.’

Others joked about buying the same paper because they thought it was hilarious, while some said it would be a fun way to see how long their family will take to notice.

‘So funny, at least the person getting the presents might have a giggle – it’ll be a present to remember,’ one said.

‘I would buy it just for the spelling,’ one said.

Another said: ‘Gonna buy it anyway, see if anyone notices.’