Beauty lovers have been sent into a spin over Aldi’s super-cheap dupe of Mecca’s uber-popular Brazilian Bum Bum cream.

Sol de Janeiro’s $72 cream is one of Mecca’s best sellers but Aldi has recently released it’s own version under its skincare brand Lacura in Australia for just $9.99.

Shoppers online were keen to get their hands on the new budget buy after spotting the Summer Touch Beauty Balm in the Special Buys catalogue for Wednesday, October 26. 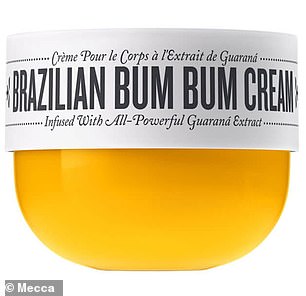 Shoppers are sharing their excitement as Aldi Australia is set to launch the $10 Lacura Booty Balm (left) a dupe of the popular Sol de Janeiro Brazilian Bum Bum cream worth $72 (right).

The $10 Booty Balm, which has been available in other Aldi stores internationally, has guarana extract and coconut oil for firming and conditioning the skin and a tropical scent.

‘Ummm has everyone seen the Sol de Janeiro dupe at Aldi next week?? Glow Oil and Booty Balm come at me!’ one woman wrote in a post to the YouBeauty Facebook group.

Members were quick to share their excitement over the dupe with many wanting to see if the booty balm was as good as Sol de Janeiro’s.

‘Oooh I hope it smells the same!,’ one woman said while another said: ‘OMG finally in Oz!’. 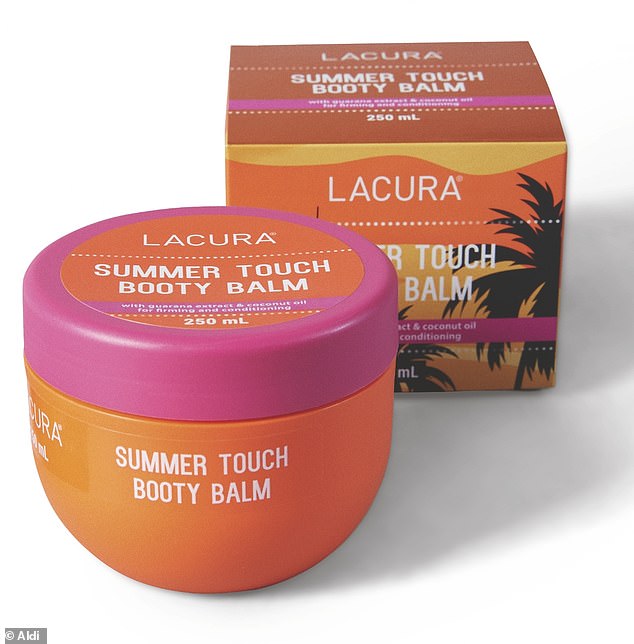 The $10 Booty Balm, which has been available in other Aldi stores internationally, has guarana extract and coconut oil for firming and conditioning the skin and a tropical scent

One shopper said they were dying to try the Aldi cream as they don’t like the scent of the pricey Bum Bum Cream.

People were also eager to try the $8.99 Lacura Summer Touch Glow Oil which gives the skin a golden, sun-kissed shimmer while softening and smoothing.

Other products in the summer beauty line include the $9.99 Body Cream and $7.99 Bubble UP Shower scrub in Cherry or Mango scent as well as the BB Cream with SPF-15 and a cushion compact for $12.99.