It was announced on Monday that he would be playing Thomas Wayne, the father of Batman/Bruce Wayne, in the upcoming Joker movie starring Joaquin Phoenix.

But just two days later, Alec Baldwin says he has dropped out of the movie.

The 60-year-old told USA Today: ‘I’m no longer doing that movie’ before adding, ‘I’m sure there are 25 guys who can play that part.’

Not happening: Alec Baldwin has revealed he’s dropped out of the standalone Joker movie just two days after it was announced he joined the cast

The 30 Rock star said it was down to scheduling issues, something normally sorted out before signing an actor onto a role.

Just hours earlier Baldwin had posted a tweet hitting back at speculation his Thomas Wayne would be inspired by Donald Trump.

‘Let me state, for the record, that I have NOT been hired to play a role in Todd Phillips’ JOKER as some Donald Trump manque. That is not happening. Not. Happening.’

Warner Bros. confirmed his casting as Thomas Wayne on Monday.

At the same time The Hollywood Reporter described, via sources, the re-imagined Wayne character as ‘a cheesy and tanned businessman who is more in the mold of a 1980s Donald Trump.’ 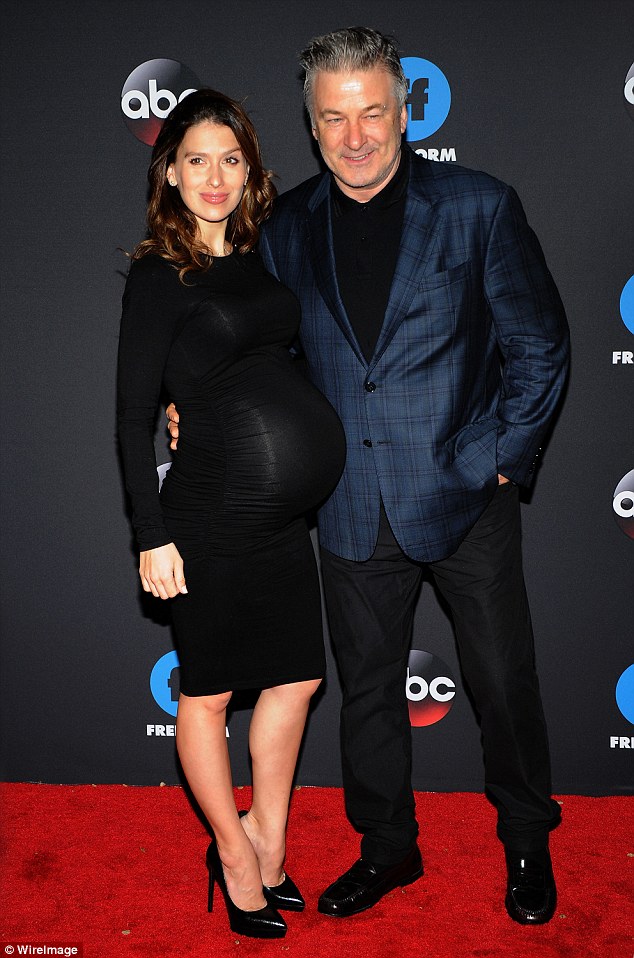 Scheduling issues: The 60-year-old actor, pictured with wife Hilaria, was going to play Batman’s father Thomas Wayne but told USA Today on Wednesday that he’s out

Baldwin has famously portrayed Trump on NBC’s Saturday Night Live and received his second Emmy nomination for it this year.

The standalone film about the Joker is set to start filming next month and is described as a darker take on the DC Comics demented supervillian than has been seen in previous Batman films.

It will explore the origins of the Joker and be more of a character study than crime thriller, THR.com reported. 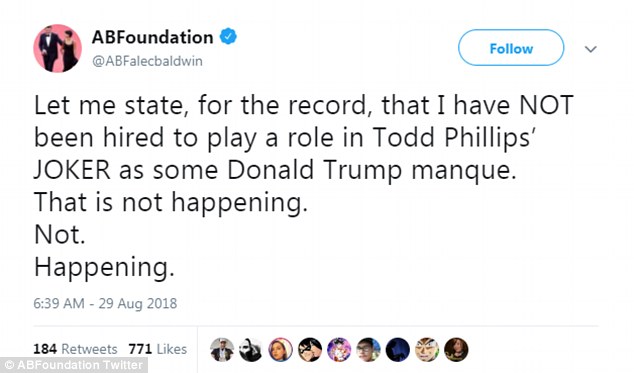 Confusing: Just hours earlier Baldwin had tweeted to hit back at speculation his Thomas Wayne would be inspired by Donald Trump 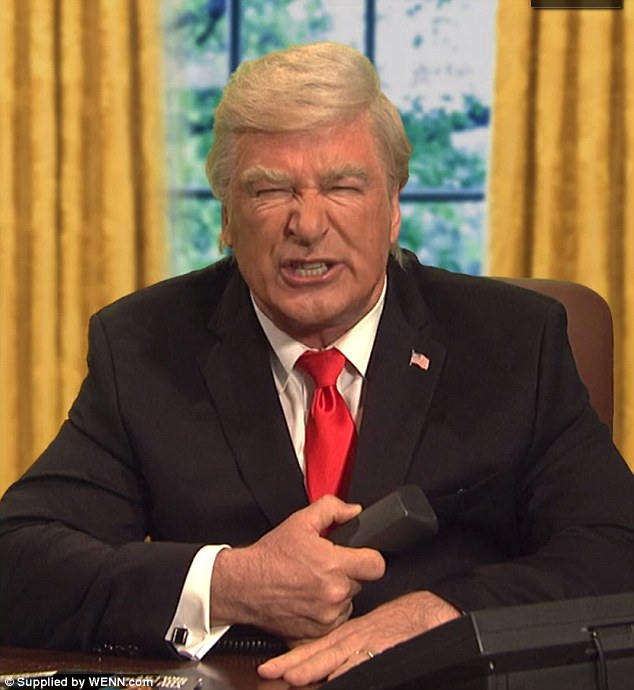 Sources told THR.com the script  paints Thomas Wayne as ‘a cheesy and tanned businessman who is more in the mold of a 1980s Donald Trump.’ Baldwin plays Trump on SNL, pictured

Already announced castmembers include Robert De Niro, Zazie Beetz and Marc Maron in the feature being directed by Todd Phillips.

Phillips, who has co-written the screenplay with Scott Silver, is best known for his comedies including Old School, Starsky & Hutch and The Hangover series.

Baldwin currently stars in the Paramount hit Mission: Impossible – Fallout, and recently wrapped a role in Motherless Brooklyn, a crime drama being made by Warners. 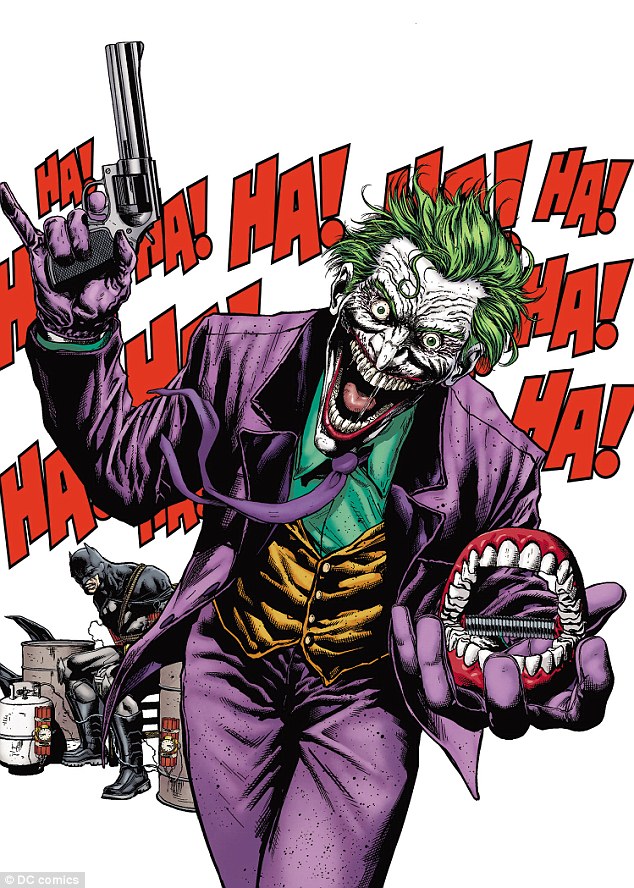 Gritty: The film, being directed by Todd Phillips, is being billed as an exploration of the origins of The Joker and be more of a character study than crime thriller, THR.com reported