She’s been storming the runway, modelling a selection of barely-there dresses for the designers.

But Alessandra Ambrosio, 36, proved she’s never off-duty on Thursday night, as she joined an A-list turnout for the amfAR Gala in Italy, during Milan Fashion Week.

She put her best assets on show in a one-shoulder dress that exposed her matching bra beneath, and served up an eyeful of cleavage.

Alessandra turned heads with her cleavage as she arrived on the red carpet, adjusting the straps of her exposed bralet.

With it, she flashed her long and lithe legs as the dress parted with a thigh-skimming split on her left leg.

She paired strappy stilettos, also in silver, with the ensemble to elongate her statuesque form.

Glittering: Alessandra Ambrosio looked exquisite as she lead the model beauties at the amfAR Gala Milan on Thursday night 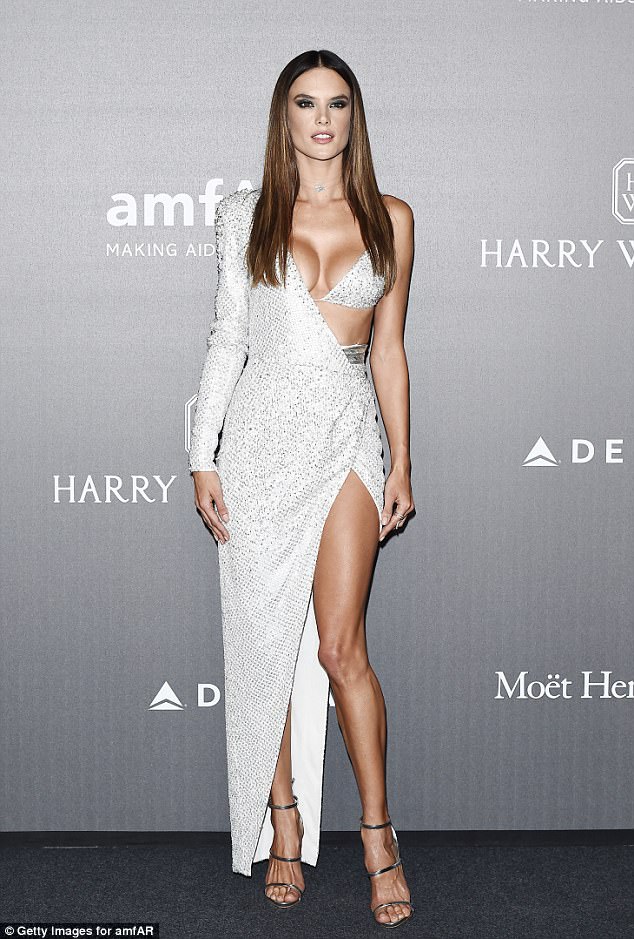 Glittering: The brunette wore strappy sandals with the outfit, which featured a side split on her left leg

She left her poker-straight tresses loose and parted at the middle as they framed her eye-popping cleavage.

Her platinum hair was tucked behind her ears in a slick style, leaving her bold lips and dark-lined eyes to stand out from her beauty look.

Instrumental in the fundraising effort, the Italian fashion houses are strong in their support for amfAR during the bi-annual celebration of Fashion Week in Milan. 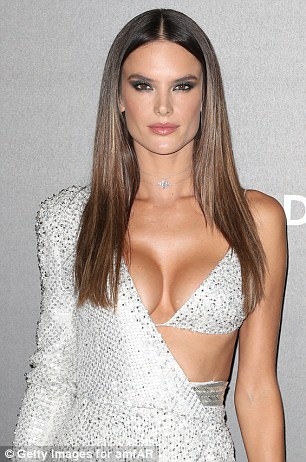 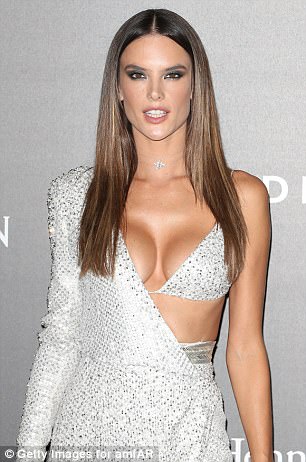 Bust in show! Alessandra wore a one-shoulder dress that flashed her bra beneath 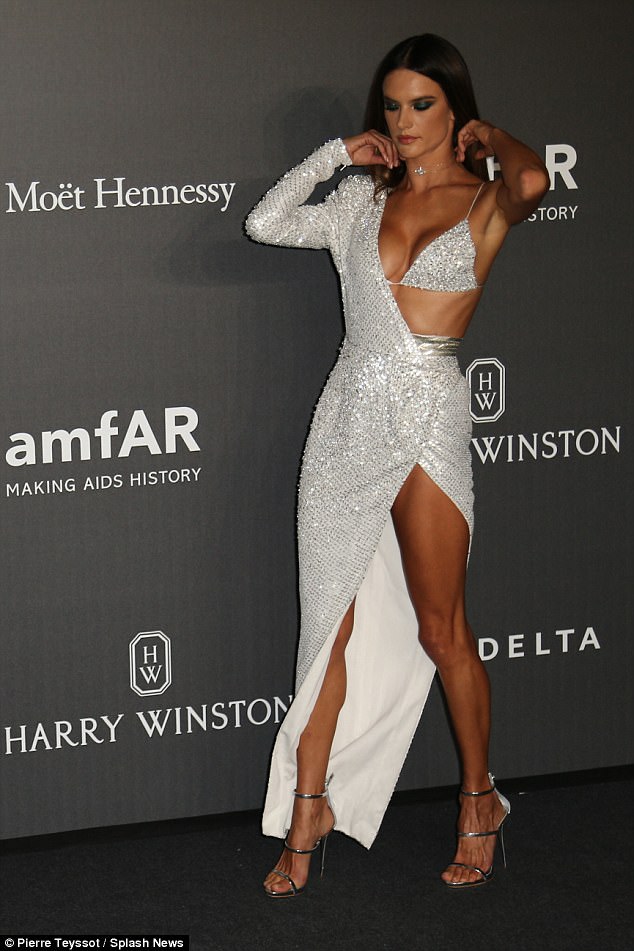 Owning it: She arrived on the red carpet adjusting her straps to make sure she was contained 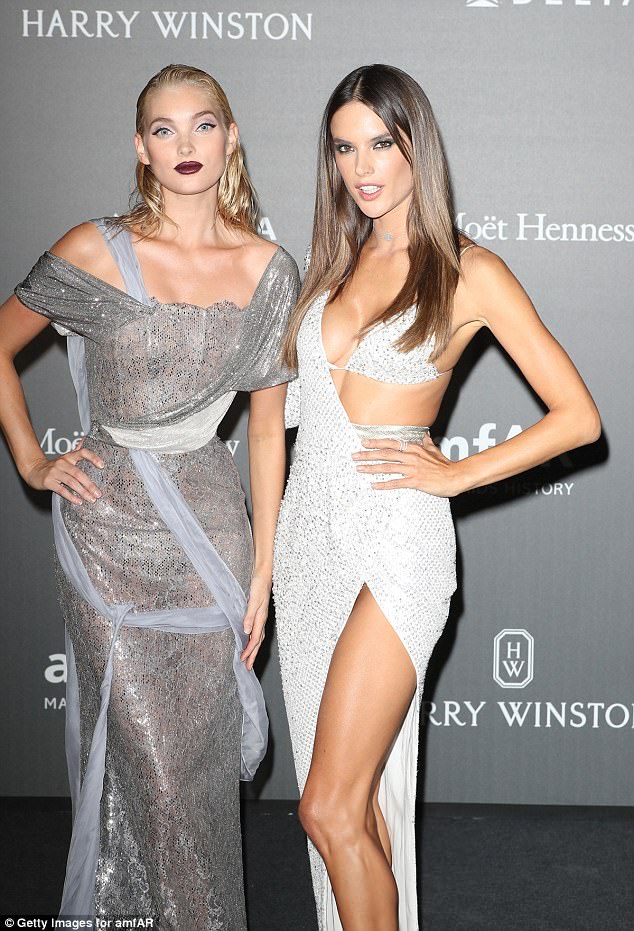 Model moment: Alessandra and her fellow Victoria’s Secret model Elsa Hosk were both co-ordinating in silver

To date, amfAR Gala Milano has raised over $12 million for amfAR’s lifesaving research.

Leggy look: She showcased her impressive form in the barely there gown 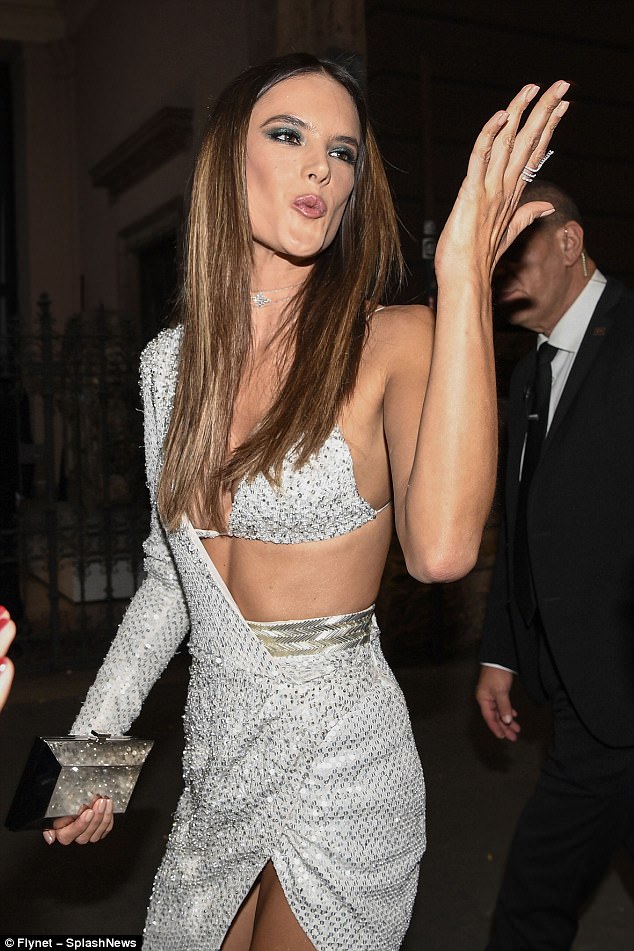 Give us a wave: As she arrived at the event, the dress parted at a perilous split 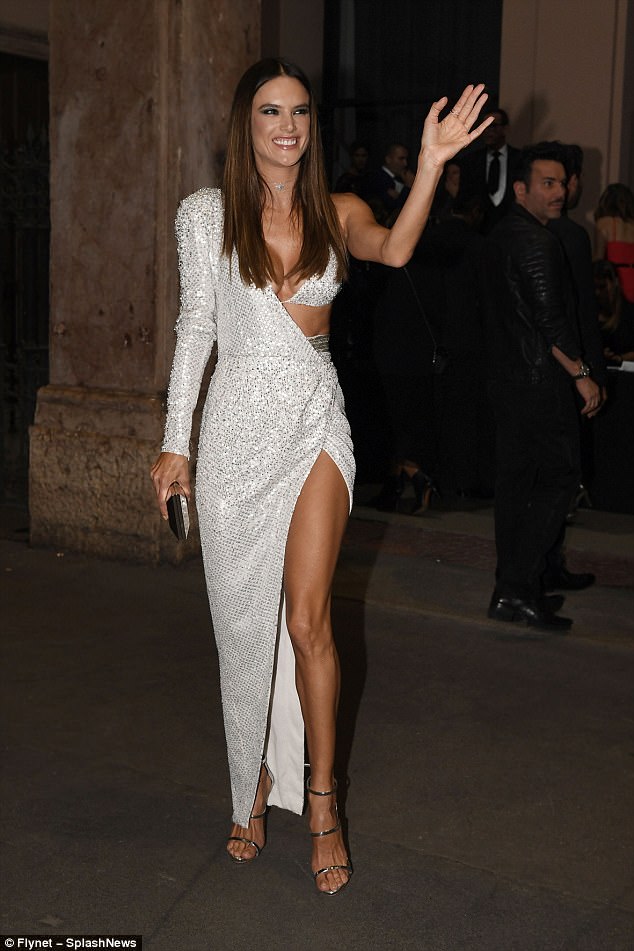 Hiya! She waved and smiled at her adoring fans outside the venue 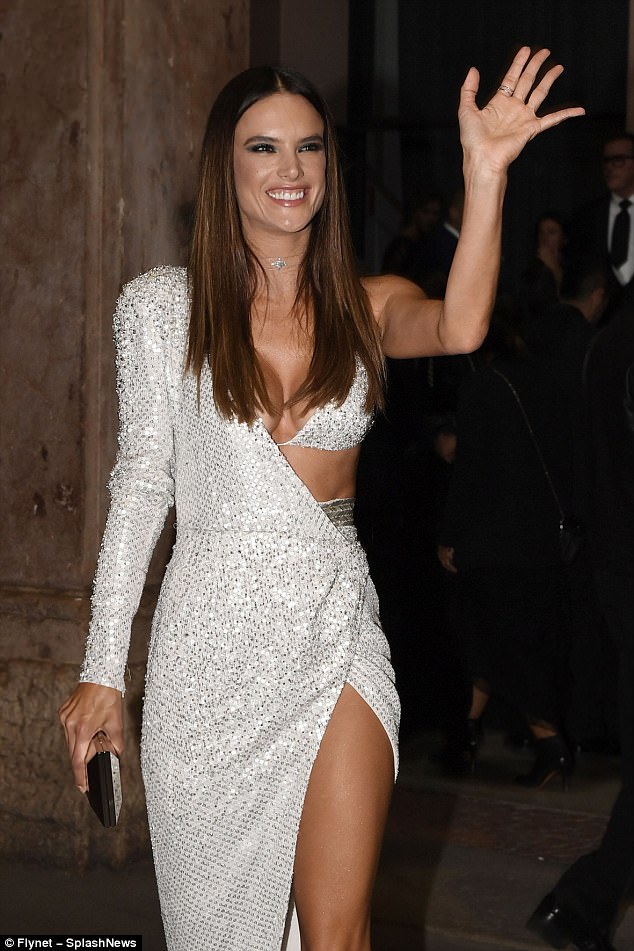 Give us a wave: The busty brunette was in infectious spirits 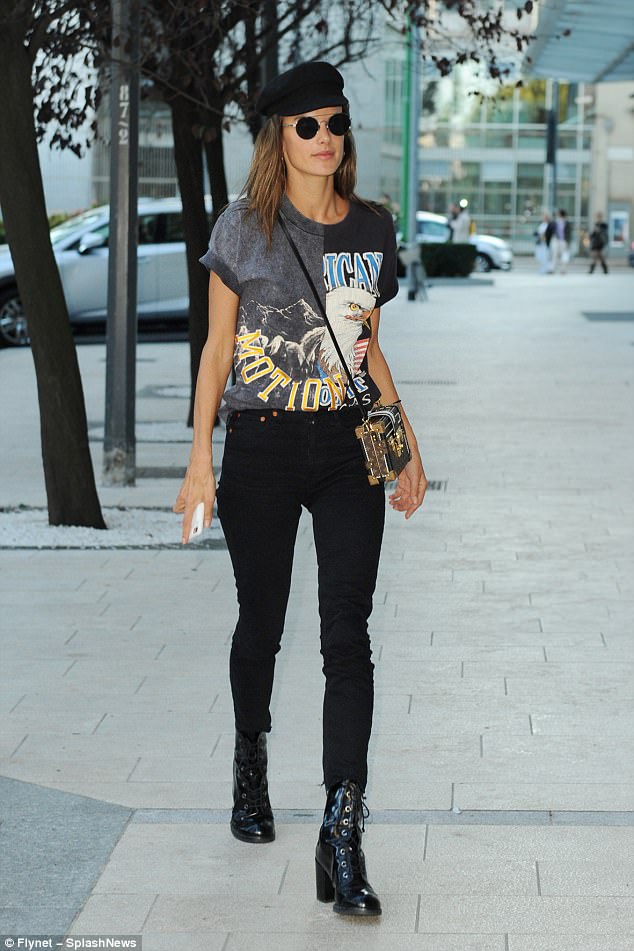 In style: Earlier in the day, the brunette was wearing a casual jeans and Tee combination

Leggy look: Alessandra wore shiny black boots to keep her comfy as she darted about town 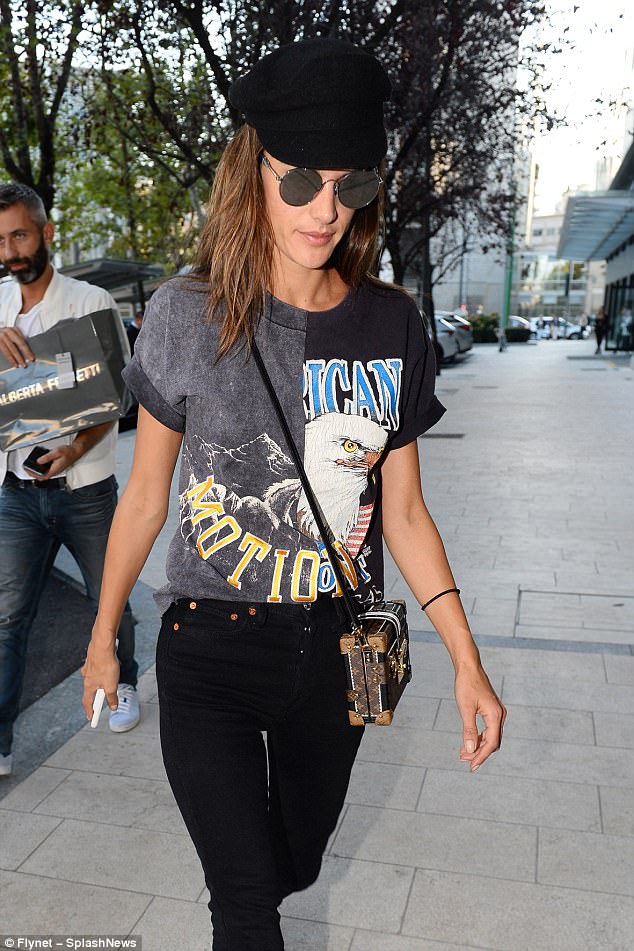 Rocky look: The off-duty look was still glamorous but with a rocky edge