Alessandra Ambrosio got in her daily steps Tuesday.

The former Victoria’s Secret angel appeared to be makeup free.

She had her long locks secured in a high pony tail, and wore dark aviator sunglasses for her stroll in the California sun.

The 5’9″ runway regular tied a white sweatshirt around her waist and wore white tennis shoes.

She completed the look with a series of mixed-media necklaces and platinum watch. 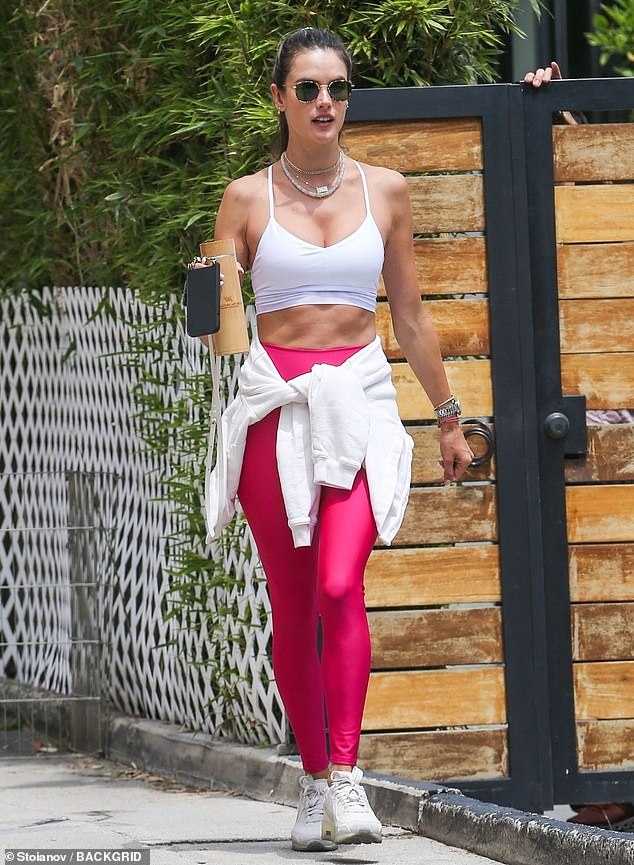 Natural beauty: The former Victoria’s Secret angel appeared to be makeup free and secured her brunette locks into a high pony tail

The look was one similar to the one she posted on her Instagram page in a promotion for Alo yoga wear and tagged as a partner with the company on social media.

The popular cover girl is the co-founder of Gal Floripa, along with her sister Aline Ambrosio and best friend, Gisele Cória which sells very sexy, high end one and two piece bathing suits.

The model has come a long way since her childhood in Brazil. She went to modeling school at the age of 12 and got her first exposure at age 14, as a finalist for Elite Model Look in her homeland. 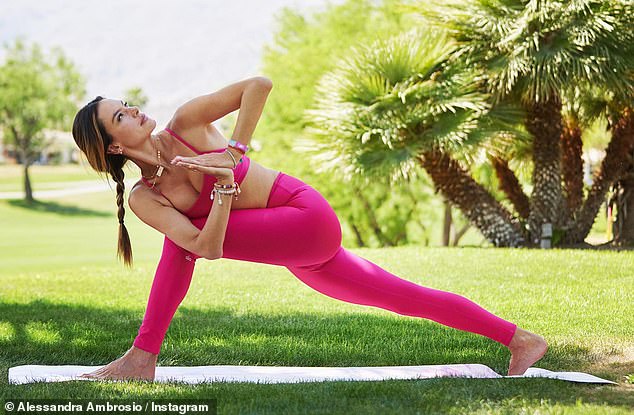 Business woman: The mom of two is a savvy business woman. She is a co-founder of her own bathing suit company, Gal Floripa, and has several partnership, including one with Alo yoga wear

Since then, the gorgeous brunette has gone on to model for almost every major brand and magazine.

She’s considered one of the world’s top earning models.

Alessandra is a single mom to daughter Anja, 13, and son Noah, 9.  She shares them with ex-husband, entrepreneur Jamie Mazur, 41, whom she divorced in 2018.