The memory of the day I ran away from home is so vivid that it feels as if it happened yesterday. I was 16, desperately unhappy and felt an overwhelming sense of relief to finally escape the abuse that I had endured for years at the hands of my mother.

My parents separated when I was six years old and my dad was portrayed as a villain – the man who had left me. Ongoing contact with him was made impossible and I had no way of finding him, so going to live with him was never an option. Instead I began planning my escape to London.

Alex aged 12 – she left home four years later. ‘The memory of the day I ran away from home is so vivid that it feels as if it happened yesterday,’ writes Alex

With only two qualifications to my name – O-levels in English language and literature, subjects I was naturally good at (it had been impossible to revise for exams at home with all the chaos and fear) – getting a job wasn’t easy. However, I managed to find employment as a full-time, live-in mother’s help. The following week, I left home taking just a bag of clothes and some books with me.

It was hard work caring for a baby and doing all the cooking and cleaning for the family when I had no proper experience other than babysitting my three younger siblings. But I was grateful to have somewhere safe to live, plus meals were included and a very small wage akin to the pocket money that I’d never had before. Gradually, I started to make friends through another teenager who lived in the same street. I remember spending an evening at her house watching a film with her mum and dad and feeling really happy and relaxed for the first time in my life. They were a normal family who cared about each other, unlike mine who weren’t bothered about me living independently at such a young age and never asked me to come home.

But this all changed when the couple I worked for moved back to Hong Kong. Initially, I was able to find another live-in job but that ended after a year or so and I found myself homeless. Luckily, I’d had the foresight to save a small amount from my wages so I had some money to buy food and was able to sleep on a friend’s sofa for a while. When I didn’t want to overstay my welcome I would store my bag of belongings in a locker at a railway station and then sit in the all-night cafés in Soho, eking out a cup of tea so I didn’t have to sleep on the streets. 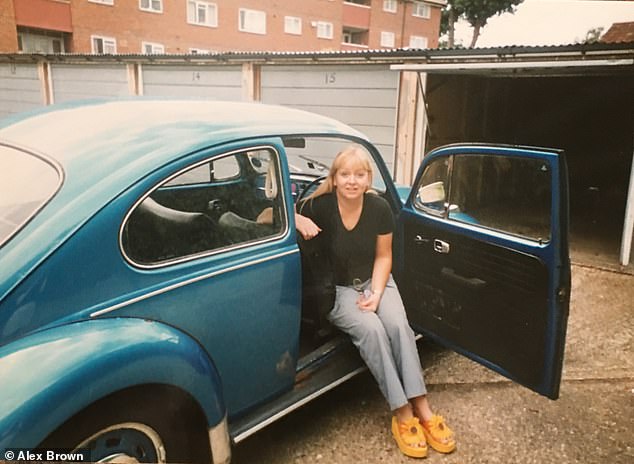 Alex aged 20, with her first car, which neighbours helped her to fix it up. ‘There was a real community feeling on the estate and the other residents looked out for me,’ Alex writes

Eventually, having run out of money and favours from my friend, I hit rock bottom. With nowhere else to go and no one to ask for help, I ended up on a bench in a park for a few nights. I felt so scared and alone that I remember being overcome with relief in the middle of a cold night when a police car pulled up and the officers asked me what I was doing. Fearing that I would be in trouble or, worse still, they would make me go back home, I told them I had got separated from a friend who I was supposed to be staying the night with. Looking back, I’m sure they didn’t believe me, but they said that I could wait at the police station and call my friend from there. I spent the rest of the night in a warm interview room with a packet of biscuits while I worked out what I was going to do.

The following day, my friend’s mum said I could use her address on my CV and after adding a couple more O-levels (you could get away with it back then) I got a job working as a telephone operator for BT. I also worked as a waitress at the local Beefeater restaurant in the evenings so I could afford the rent on a bedsit in a seedy but cheap part of London. It was a steep learning curve working out how to budget and trying to make ends meet, and I often had to make a choice between buying food or putting money in the electricity meter. There were also the other tenants in the building to contend with. I quickly learned to ignore the banging on my door in the middle of the night from people wanting the drug dealer who lived on the same landing and I tried to sleep with a blanket over my head to block out the sounds of arguing and fighting. 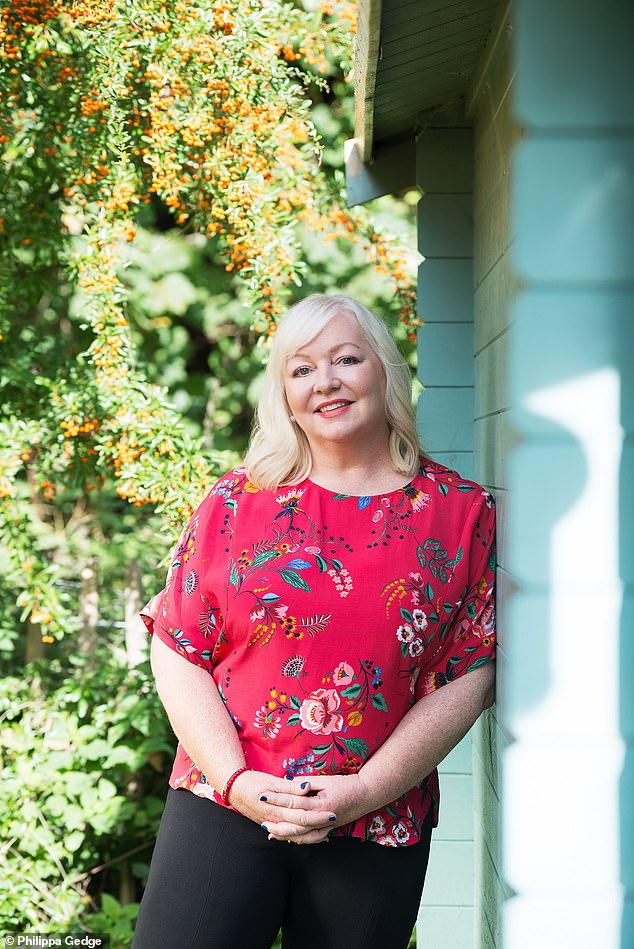 Alex today. Alex is donating her fee for writing this piece to Centrepoint, a charity that supports homeless young people

Eventually, I applied for a flat through the local council’s hard-to-let scheme and was allocated one on the 17th floor of a tower block on a notorious estate in South London. Even though the lift never worked and the flat was almost derelict, it was a turning point. Some people would have been horrified at how rough it was but for me life became easier because I no longer felt alone. Not having any family to fall back on or give me support was hard. But there was a real community feeling on the estate and the other residents, who were mostly older and had lived there a long time, looked out for me. They were so kind and, even though they had very little themselves, they gave me a bundle of kitchen essentials to help me get started. I loved living there and never felt frightened or intimidated by the gangs of youths that hung around. I’d grown up on a council estate and was used to it.

Gradually, I was able to build a fulfilling, normal life for myself by working hard to get promotions or new jobs so my income increased, which meant I could give up the waitressing and pursue evening classes instead. A real highlight was when I had saved up enough money to buy a washing machine so I didn’t have to lug my laundry up and down 17 flights of stairs to the launderette. Another was when I bought my first car, a clapped-out VW Beetle that my neighbours helped me restore in exchange for cups of tea and cans of beer.

Since that day 30 years ago when I ran away, feeling normal has become very important to me, as is the great relationship I now have with my dad after finally finding him, and being able to afford what I need. Even now that I’m a successful author with a wonderful husband and daughter and home of my own, that time in my life will always be a reminder of how things might have turned out very differently if I hadn’t been fortunate enough to experience the kindness of strangers.

Alex’s latest novel, The Wish, is published by HarperCollins, £7.99. To order a copy for £5.99 (a 25 per cent discount) until 10 June, click here or call 0844 571 0640; p&p is free on orders over £15. Alex is donating her fee for writing this piece to Centrepoint, a charity that supports homeless young people; centrepoint.org.uk