Given that the UK Government has allocated £12billion to build a ‘world-beating’ test and trace system to halt progress of the pandemic it is not surprising that every breakdown leads to an endless search for scapegoats.

Mistakes were made from the start of lockdown when trained tracers mysteriously were let go and when some bright spark thought that a home-grown app, which was tested on the Isle of Wight, would be superior to one built by digital giants Google and Apple and road-tested in Germany.

The arrival of private sector skills in the shape of Dido Harding, formerly of telecoms firm Talktalk was meant to rescue the situation from the incompetence of Public Health England.

Boost: Suspicion of profiteering has been reinforced by strong third-quarter numbers from Serco, one of firms brought in to help with coronavirus testing

That hasn’t quite worked either and more recently Mike ‘We’re in the Money’ Coupe, formerly of grocer Sainsbury’s, was drafted in to help.

Adding to the dissonance was disclosure this month that some 16,000 files containing positive test results failed to be uploaded because the data sheet was overcrowded.

Harding has plenty of experience of system breakdowns given it was a cyber-breach which triggered her departure from Talktalk. On test and trace the Government critics have been quick to blame outsourcers. They provide an easy target because of past foul-ups.

Suspicion of profiteering has been reinforced by strong third-quarter numbers from Serco, one of firms brought in to help with testing.

Revenues were revised up to £3.9billion, underlying profits to £165m and the shares shot up almost 17 per cent.

Labour MP Rachel Reeves couldn’t resist piling in, accusing Serco of ‘raking in the profits’ while ‘people are paying the price for its failure’.

Serco describes Covid-19 income as ephemeral and points out that its role in test and trace was to set up and manage test sites.

It firmly rejects charges it is involved in the NHS app or the IT.

The targeting of Serco by Labour comes at a moment when outsourcing firms are fighting to escape a chequered past.

Security group G4S is under siege from one hostile bidder, Canada’s Garda World, and a US firm, Allied Universal Security Services, which has yet to show its hand.

Garda has not held back arguing that G4S is deeply troubled. The hedge funds are betting on a deal, with Mason Capital grabbing a 1.7 per cent stake in G4S and Canyon Capital now controlling 1.4 per cent.

In recent UK hostile takeovers, such as the Kraft deal for Cadbury and the Melrose purchase of GKN, the hedgies played a decisive role.

Given the terrible record of the outsourcing sector it is hard to make a public interest argument in favour.

But it is worth asking whether the UK should be entirely happy at the idea of farming out prisons, coronavirus testing centres and security at nuclear facilities to overseas buyers.

The estimable Rupert Soames, chief executive of Serco, might even consider ramping up a white knight merger with his bigger rival G4S.

The parade of financial results in the last week show how online retailers are streaking ahead of rivals.

Sharon White, the new chairman of John Lewis, who knows about digital trends from her sojourn at Ofcom, is rising to the challenge. First priority in her £1billion, five-year transformation is to ramp up online so that 60 per cent to 70 per cent of sales come through the digital channel, against 40 per cent before Covid. 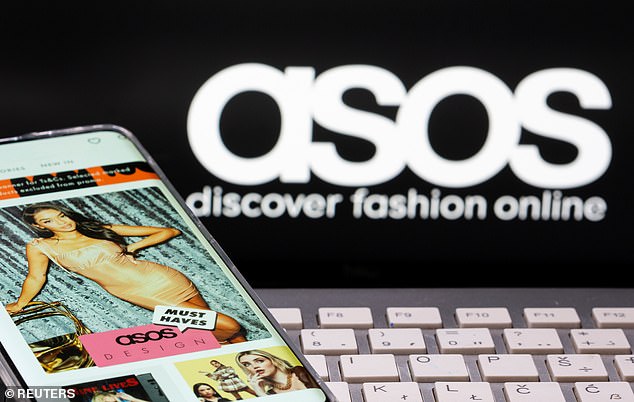 At the core will be a hub-and-spoke system, making use of the Waitrose network of stores to ramp up click and collect, although that won’t help much with the new freezer.

That begs the question of why John Lewis would still need 40-plus department stores. As popular as its famed haberdashery may be, that isn’t going to pay the costs.

The idea is to turn stores into something else – multi-use centres with apartments to let filled with John Lewis goodies. It’s a plan. Were John Lewis a public company there would be questions about the profit target of £400m in five years.

That’s a big turnaround from the loss of £635m last year after big property write-offs. But with many competitors on their uppers, White has a fighting chance.