ALEX BRUMMER: Why placing a price on pledges is of utmost importance

ALEX BRUMMER: Why placing a price on pledges is of utmost importance

Whitehall’s indifference to the defence and national security implications of private equity and overseas bids in Britain’s aerospace and engineering sector is disturbing.

In spite of a heavily redacted national security report on the sale of aerospace group Cobham to Advent, warning of its importance to UK defences, it was sold off with few safeguards.

At the time of the proposed 2012 merger of the UK’s defence industry leader BAE with Europe’s Airbus it took an intervention from Angela Merkel, concerned about production in Germany, to scupper the transaction while Britain sat on its hands.

Whitehall’s indifference to the defence and national security implications of private equity and overseas bids in Britain’s aerospace and engineering sector is disturbing, says Alex Brummer

Those who regard the potential sale of defence contractor Meggitt to American interloper Parker-Hannifin as a no-brainer because the companies are a good fit should listen to the wise words of Lord West of Spithead, a former Admiral of the Fleet and Downing Street national security adviser.

West argues that the behaviour of Advent after the takeover of Cobham in early 2020 serves as a warning to the UK’s high-tech defence industry. That Advent-owned Cobham is now seeking to take control of Ultra Electronics, responsible for valuable submarine detection technology, beggars belief.

The retired admiral notes that ParkerHannifin can make all the promises it wants but it is difficult to hold the predators to commitments. His remedy is that if key undertakings are ignored then the trespassers should be subject to big fines. At the time of the financial crisis, prosecutors in New York showed no mercy in levying huge penalties not just on the American banks but on UK banks too.

In Britain, the Serious Fraud Office has reached a series of deferred prosecution agreements which have seen companies as different as RollsRoyce and Tesco cough up big fines. The EU has shown considerable bravery in challenging internet giants Apple and Google, and levied penalties for alleged breaches of competition law. 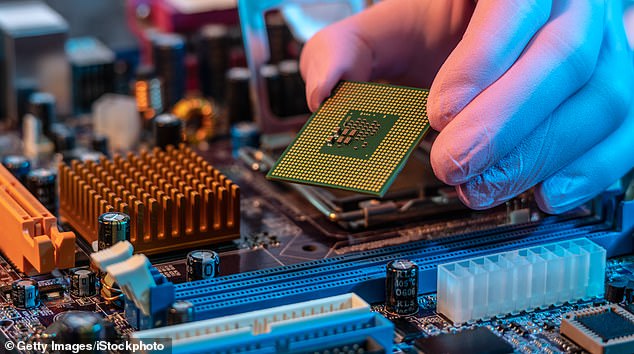 The prospect of fines in the hundreds of millions of pounds for breaking takeover promises would be a huge deterrent to private equity marauders and foreign buyers with a main objective of extracting value from companies. The new UK National Security and Investment Act ought to put some sand in the wheels of buyers.

Acquiring on the cheap in London might look far less attractive if there were big financial consequences when factories are closed, jobs lost and, as in the case of Cobham, valuable flight refuelling technology shipped overseas.

One of the biggest tests of the UK’s willingness to intervene in takeovers on national security grounds is the proposed Softbank sale of Britain’s smart-chip maker Arm Holdings to US competitor Nvidia.

A report delivered to the Government in July suggests the deal has worrying implications for British security and should be blocked, according to Bloomberg. As concerning would be the potential technology and intellectual property loss should the Cambridge company end up in American hands. A far better outcome would be an initial public offering, restoring Arm to the London Stock Exchange.

As temperatures in parts of southern Europe soar above 40° Centigrade, Germany emerges from terrifying floods and people drown in the torrents cascading through China’s subways, it is hard not to think that climate change is happening. Yet so far BP boss Bernard Looney has received limited credit for embracing the green agenda. Indeed, it seems there is a body of shareholders who don’t care so long as oil profits keep on gushing.

The jump in the oil price from $20 a barrel at the start of the pandemic to $72 a barrel shows that what investors really care about is dividends and share buybacks. Looney doesn’t intend to invest in new exploration despite the current high price. Instead, he is promising share buybacks of at least $1bn a quarter, as long as oil stays above $60 a barrel.

That will be most welcome to most shareholders. But the bonanza should provide a golden opportunity to go all out for investment in renewables beyond current projects such as offshore wind leases in Scotland and Norway and US solar. The difficulty is convincing investors that ‘beyond oil’ can ever be more valuable than drilling.