Alex McKinnon reveals he will be driving again soon

Newlywed Alex McKinnon has revealed he will be back behind the wheel of a car soon – three years after a devastating injury left him a quadriplegic.

Alongside a picture of himself in the driving seat of a silver vehicle, he wrote: ‘BREAKING NEWS after 3 & a 1/2 years of not driving I’m a few weeks away from being behind the wheel again.’

The ex-NRL player, who is now a public speaker, jokingly added: ‘I thought I would give you all plenty of notice and time to hand your licenses in before I’m on the road and causing havoc.’ 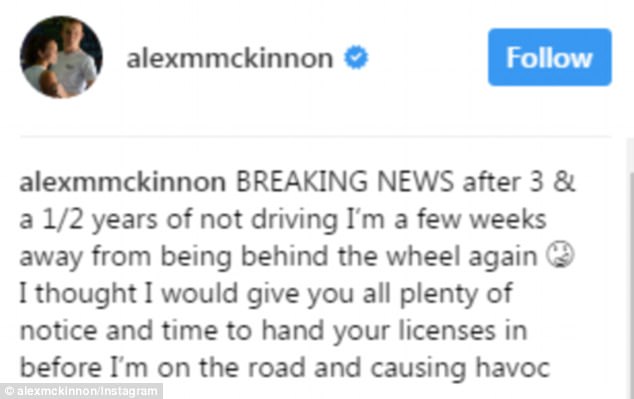 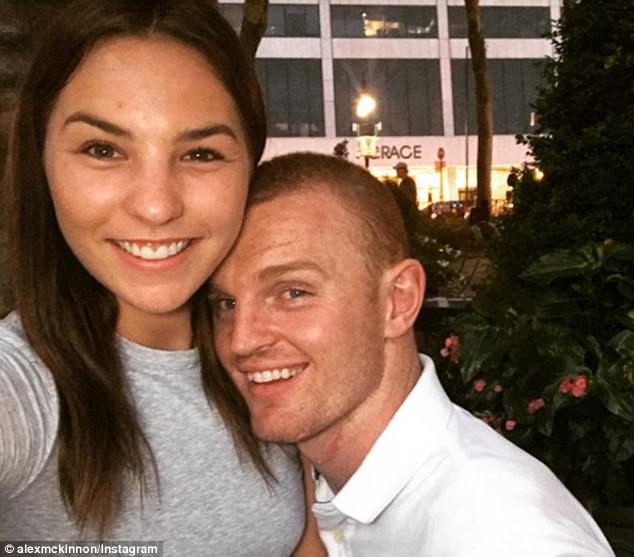 It comes after he shared a touching photo of the moment he stood up from his wheelchair during his wedding to Teigan Power.

McKinnon had vowed to be on his feet when the pair tied the knot, despite being left with a spinal injury after a tragic on-field incident in 2014.

Surrounded by friends and family at Peppers Creek Chapel in the NSW Hunter Valley last Sunday, the brave 25-year-old was true to his word.

‘It took 3 years of EVERYTHING I’ve got in me to achieve this moment of Standing with my beautiful wife on our wedding day,’ McKinnon wrote on Instagram alongside a photo published by New Idea.

McKinnon married Teigan Power (left) in a ceremony earlier in October. He’d vowed to be on his feet when the pair tied the knot, despite being diagnosed a quadriplegic 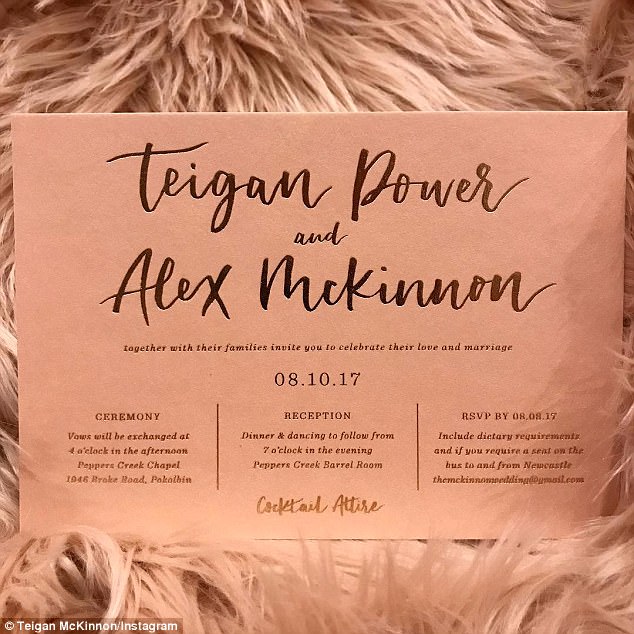 ‘Dreams do come true,’ he added beside a love heart emoji, in the post.

His stunning wife posted the same image which she captioned: ‘When your dream day is summed up in one photo.’

The pair shared their first dance as husband and wife at the private reception, attended by around 150 of the couple’s closest friends and family.

The newlyweds spoke to the magazine about the moment McKinnon rose from his wheelchair, three-and-a-half years after proposing from his hospital bed.

‘I was pretty shocked to tell you the truth. I couldn’t believe Alex stood for all that time,’ Mrs McKinnon said. 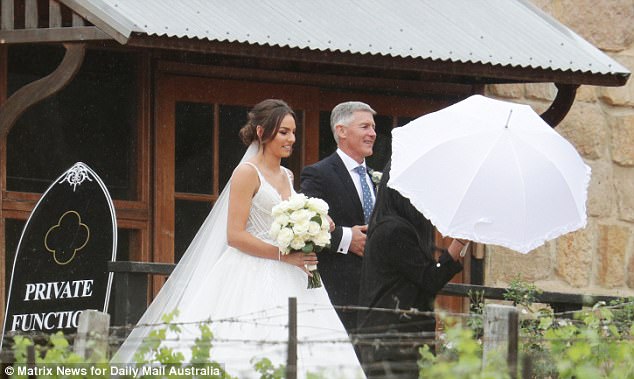 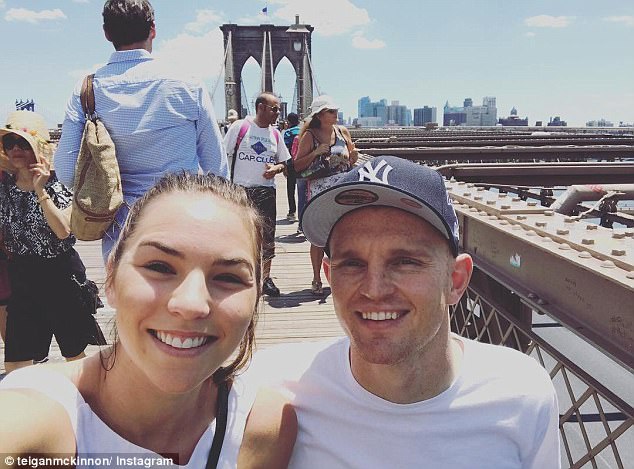 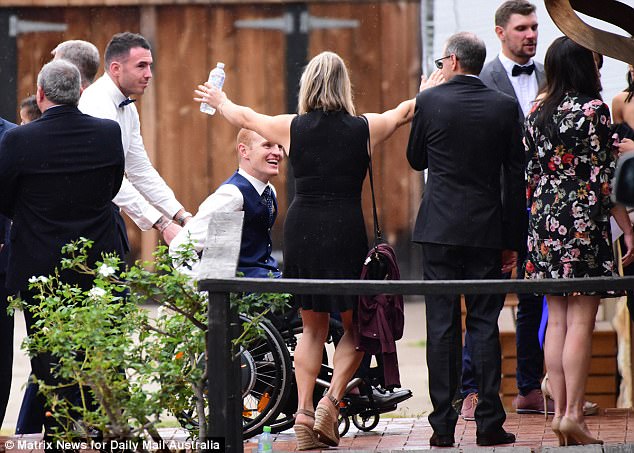 ‘It was lovely to be able to look him in the eye, rather than looking down at him in his wheelchair. It just made the ceremony that much more intimate. We started crying every time we caught each other’s eye. It was beautiful.’

The pair are said to have partied well into the night following the ceremony.

‘It was such a good time. And you know, I wasn’t nervous at all,’ Alex revealed. ‘The closer it got to the wedding the better it was. So many things could have gone wrong, but it was all perfect.’

Following the reception, Alex shared a photo of the newlyweds on social media.

‘Together we had the best day of our lives on Sunday, I can’t wait to share the photos and videos with you all,’ he wrote. 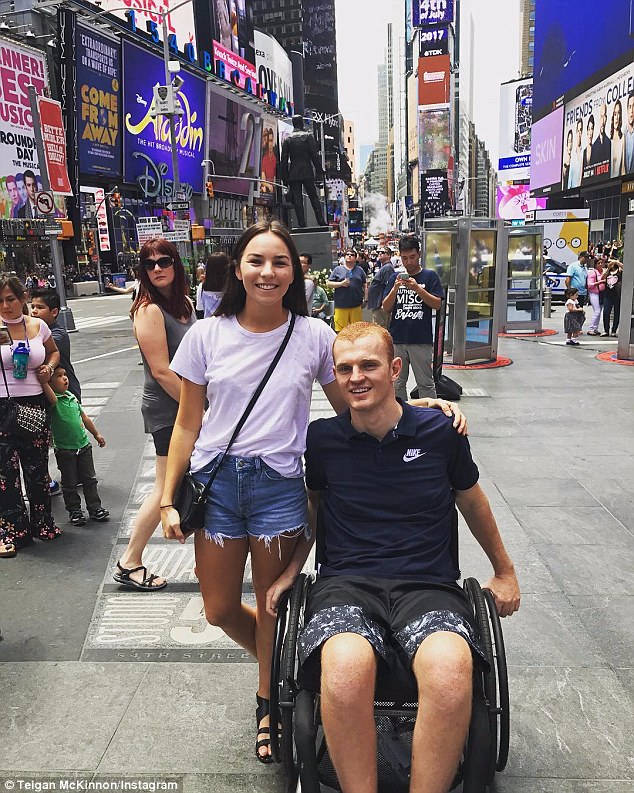 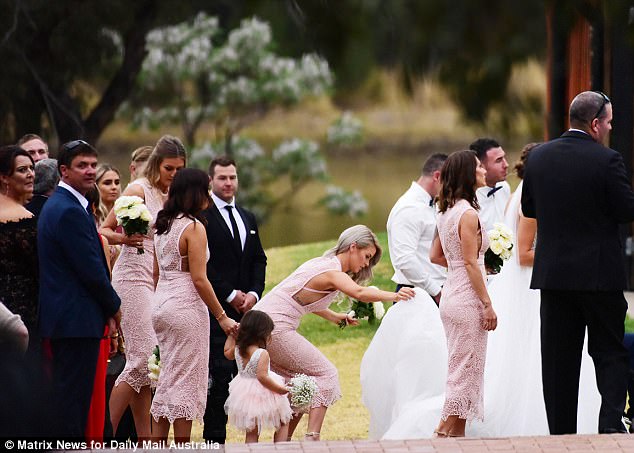 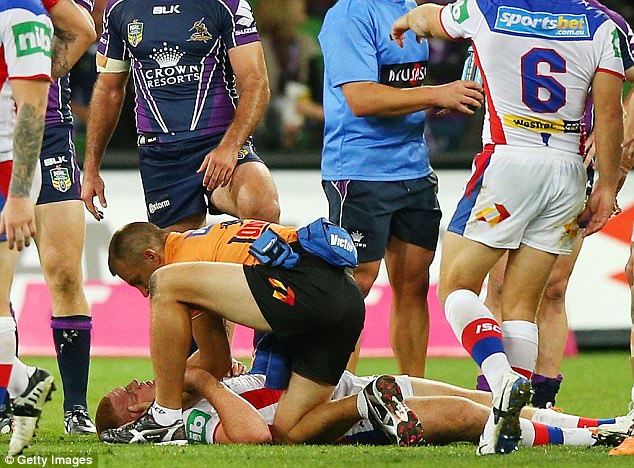 McKinnon had vowed to be on his feet when the pair tied the knot, despite being diagnosed a quadriplegic after a tragic on-field incident in 2014

He was pictured making his way to the wedding in his wheelchair, while his stunning bride was seen in a stylish white sequin dress by Pallas Couture.

Brisbane Broncos captain Darius Boyd was his best man and made a heartfelt speech during the tearful ceremony.

‘Through adversity, the world has got to know the man who has inspired me every day since the day I met him,’ Boyd said, The Daily Telegraph reported.

The bride announced to her Instagram followers the night before the wedding that the pair would tie the knot the following day. 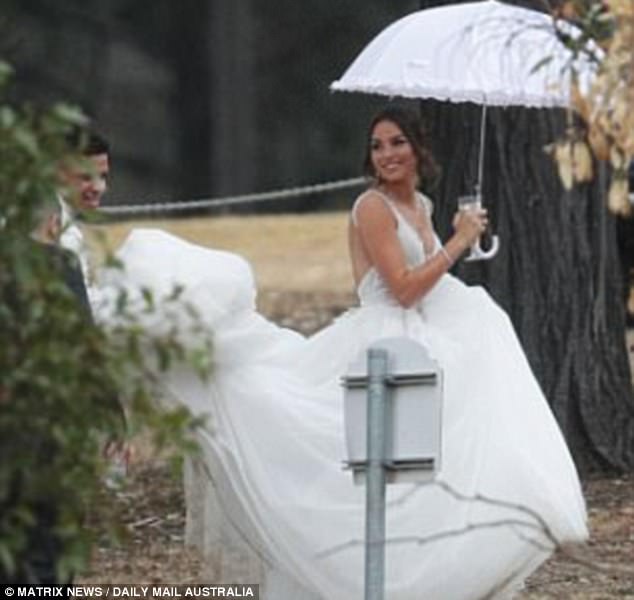 The bride, pictured holding an umbrella ahead of her wedding, has shared progress of her new husband’s rehabilitation 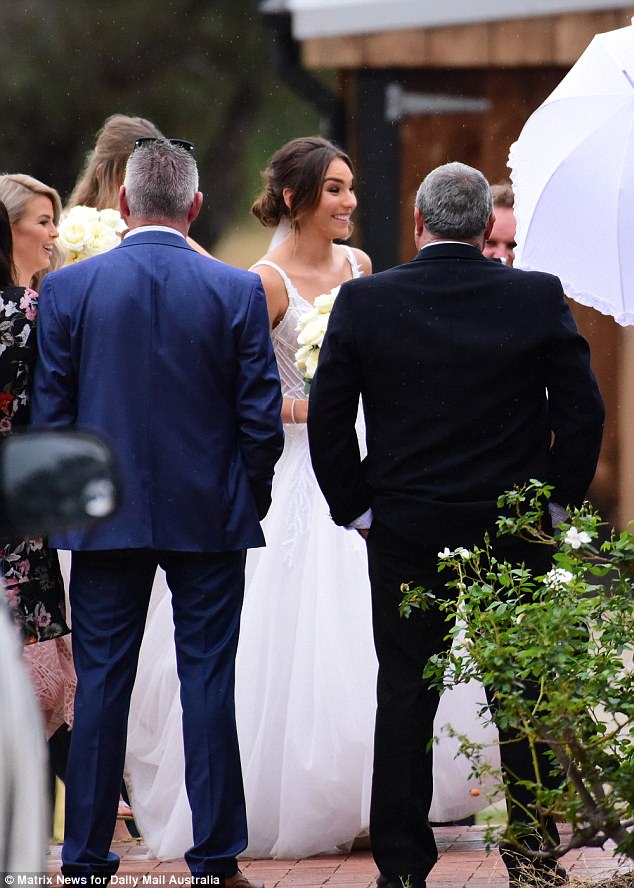 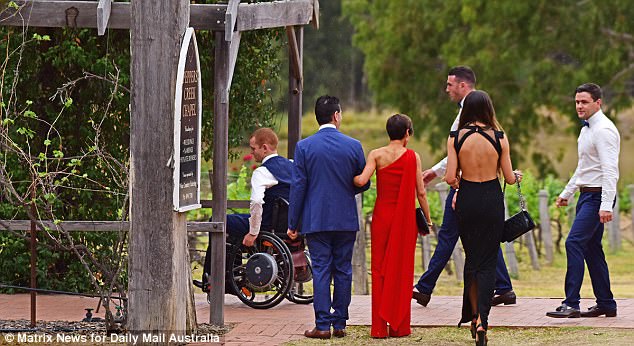 ‘Tomorrow is the day we say ”I do” to the rest of our lives,’ she wrote alongside a photo of the couple.

McKinnon shared the same photo of the pair with the message ‘not long now’.

The couple’s journey has been inspirational and harrowing.

Teigan, 23, has shared progress of his rehabilitation and just weeks ago posted a video of McKinnon walking with the help of a frame and two medical staff.

‘So proud of all the hard work Alex McKinnon puts into his rehab,’ she said. 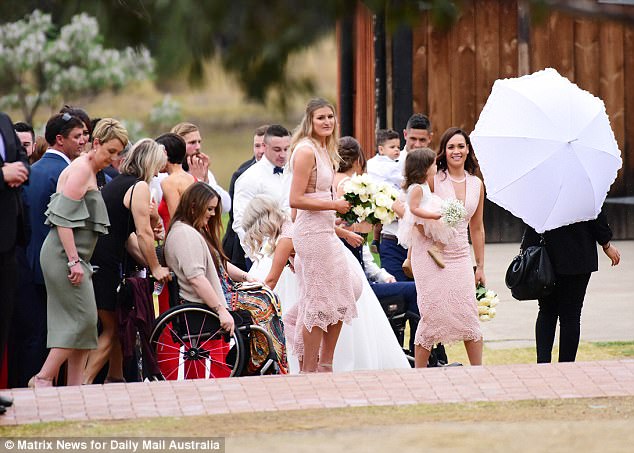 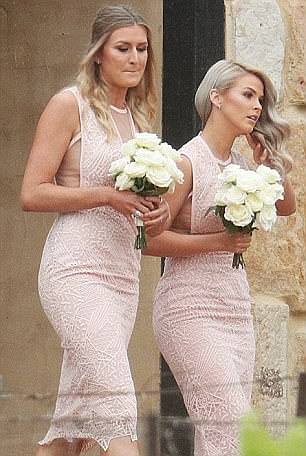 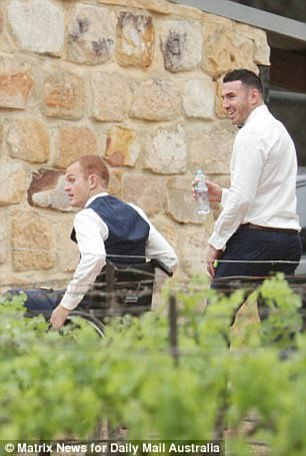 McKinnon, now 25, said earlier this year he considered himself lucky.

‘A lot of people with spinal cord injuries aren’t improving three years down the track,’ he told Fox Sports.

McKinnon revealed he had long carried ‘hate’ and ‘frustration’ over the incident, but said he had moved on from the matter as he continued his physical rehabilitation.

He said he wanted to meet with Melbourne Storm player Jordan McLean, after forgiving him for the tackle that left him wheelchair-bound. 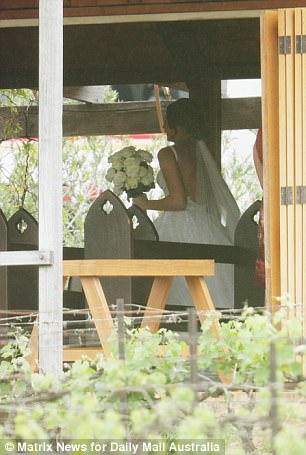 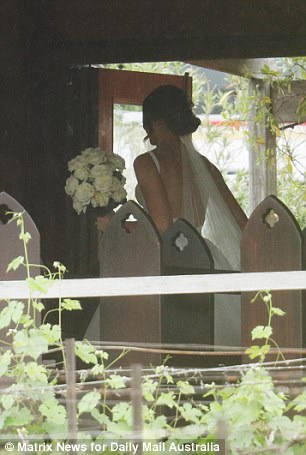 ‘So proud of all the hard work Alex McKinnon puts into his rehab,’ Ms Power (pictured) recently said 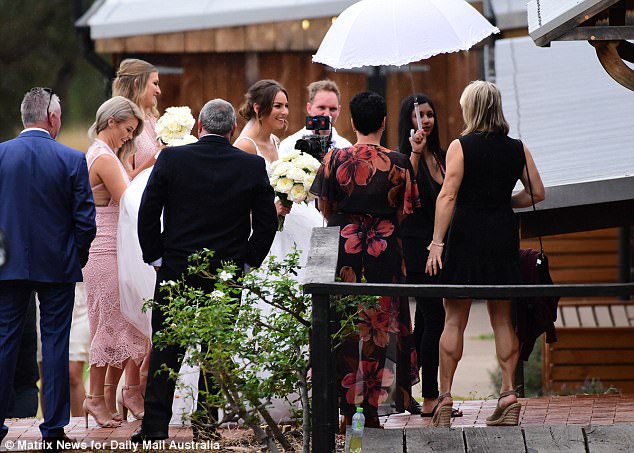 ‘It is definitely something that has gone through my mind that I would like to sit down with him and have a different conversation,’ McKinnon said.

‘I understand he never went into that game to hurt me.

‘I watch football and see him on TV and it’s something unique that he went through as well. I cannot understand or know what he has gone through personally.’

McKinnon, who played 49 NRL games for St George Illawarra and the Knights, has rarely spoken publicly since the life-changing moment in 2014. 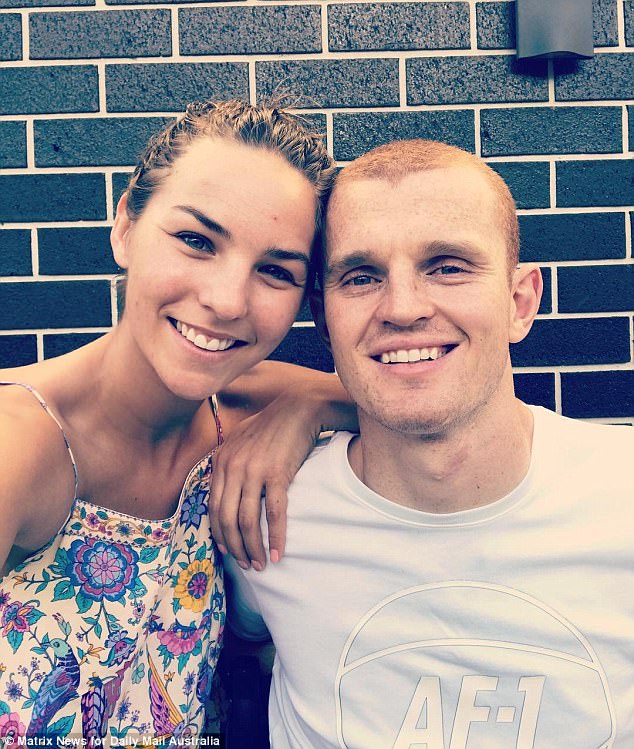