Alex McLeish has warned supporters to prepare for some more nights of ‘pain’ while he establishes the best way for a transitional Scotland to advance under his guidance.

McLeish, who handed five new caps out in the 1-0 home defeat to Costa Rica, will ring further changes within a squad that flies out on Monday to play Hungary on Tuesday night.

He may consider Jack Hendry, a late call-up to replace injured Kieran Tierney, for a debut at some stage in Budapest as he addresses dissatisfaction at how his three-man defence performed.

Hendry, 22, has only played a handful of games for Celtic since signing for £1.2million from Dundee in the January transfer window.

The classy 6ft 3in defender has played on the right of a three for Brendan Rodgers and that’s one of the options for McLeish to mull over in the next 48 hours.

The Scotland manager is intent on figuring out, through experiments in the friendly fixtures, if his least-experienced contenders are capable of making the cut when the competitive action starts again.

‘I am sorry there might have to be a wee bit of pain before we can go forward,’ said McLeish last night. ‘I’ve not got all the experienced players. 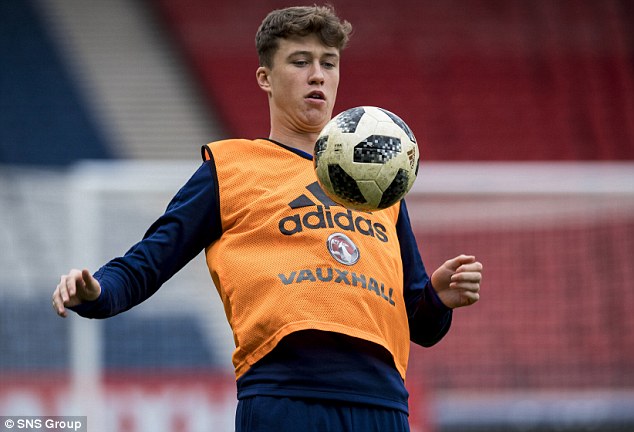 ‘Gordon (Strachan) was very strong in keeping those guys together right to the end of the campaign – and rightly so. I can understand that trust.

‘We’ve got a lot of players out and they’ll hopefully be ready for us when the competition starts. We still have them very much in mind but we want to test and see.

‘I want to see as much as I can and we’re deciding now what to do at the back. The three at the back didn’t work as well as I would’ve liked.’ Marcos Urena’s unchallenged run and early winner, in the 14th minute, was the sorest point McLeish took from a regrettable first half that opened his second spell as manager.

‘Their goal was three guys marking space and not picking up,’ said McLeish. ‘You have to engage with the forwards. 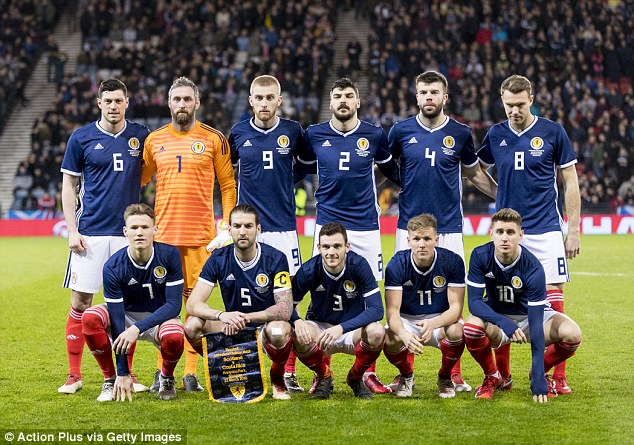 ‘From us, it was awful to see centre-backs marking space and thinking: “Why are you doing that? Surely you have to pick up personnel?” That was a wee lesson going forward for them.

‘We don’t have a lot of right-siders in terms of centre-backs. We have a very young rookie in Jack, who I wanted to see in training with the squad to see how he fits in.

‘Otherwise, it’s about deciding a formation again and changing some personnel. We want to see other players and see what they can bring. We changed near the end and went four.

‘But we’re short on right-backs and right-sided centre-backs. It’s not often you see two lefties playing in a 4-4-2 but, if need be, that’s okay.’ McLeish’s defensive dilemma is further clouded by a huge club date looming for Mulgrew on Thursday night.

Victories for Shrewsbury and Wigan pushed Blackburn Rovers, who host Bradford City 48 hours after the Hungary game, down to third spot in the League One promotion race on Saturday. 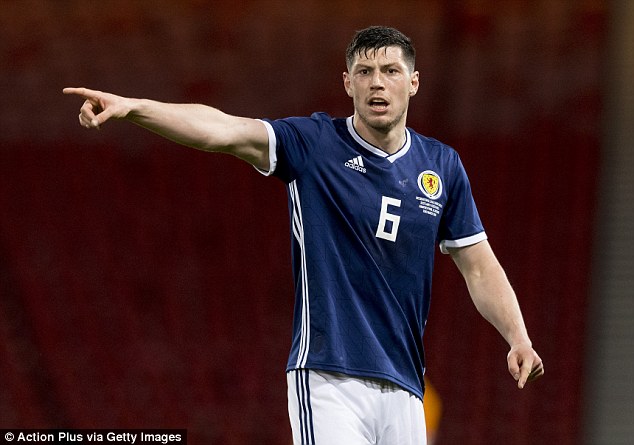 McLeish said: ‘It was a big test for (Mulgrew) on Friday, a tough game and he had a lot of work to do. So we’ll look at whether he starts or plays a part of it.

‘We’re very aware he’s got a game on Thursday, we don’t want to fall out with clubs. But Scotland has got to come first, even in this situation.

‘It’s not our fault the English league has put a game on that night. We can’t help that.’ While Hendry is the only centre-back among Friday’s substitutes, there are plenty of Parkhead options in other departments.

Craig Gordon, Leigh Griffiths and Tierney missed out on this squad through injury, but Stuart Armstrong and Callum McGregor provided a second-half spark.

James Forrest – a Champions League qualifying emergency striker for Rodgers last summer – was perhaps kept back with Tuesday in mind. 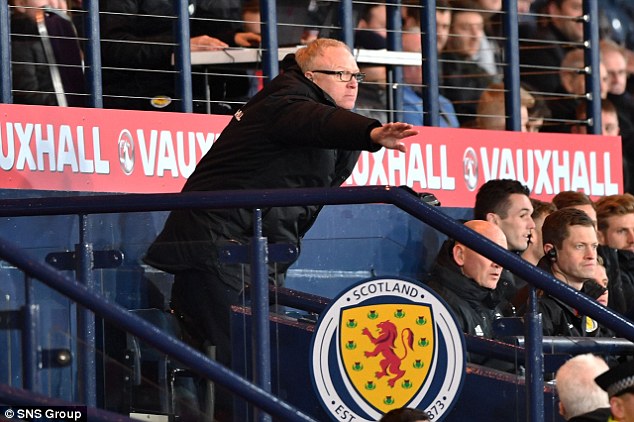 Ryan Christie, who made a striking debut against Holland for Malky Mackay in November, also remained on the bench throughout.

The Aberdeen loan man and Hendry apart, McLeish is well aware what the Celtic nucleus can offer the national side.

For now, however, he must examine what other prospects, if any, can rival them for a place in the Scotland starting line-up come the Nations League games against Israel and Albania.

When asked about the Celtic spine, McLeish said: ‘I’m looking for other people to impact that and challenge that theory.

‘The Celtic players have been instrumental in Scotland’s fortunes over the last few months of Gordon’s era.

‘The results came thicker and faster with the great form of the Celtic players. You know what you’re going to get from them – it’s up to others to show they can reach that standard. 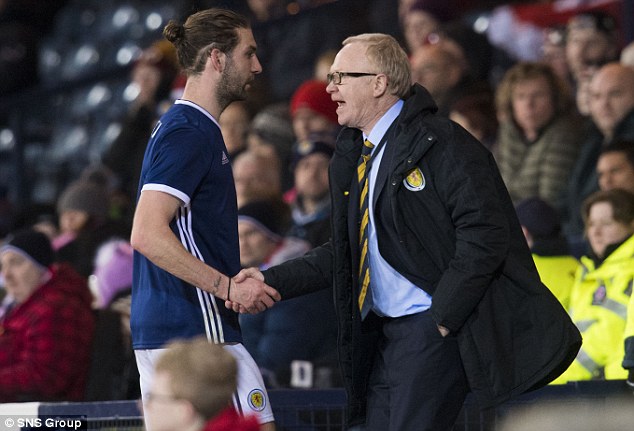 ‘It’s okay saying everyone is here on merit because of what they’re doing for their clubs. But international level is another step up. There were a few debuts the other night, young guys, and they don’t have all the answers yet because they are 21-year-olds just into it.

‘It’s difficult to throw a lot of boys together and expect them to go and play like you’re with your club team-mates.

‘Armstrong and McGregor play together at club level and it showed when they came on. That’s a factor in putting a team together.’

From the treatment table, McLeish reported ‘a couple of niggles’ and stressed that Matt Ritchie would be given ‘every chance’ to make the Hungary trip as he deals with his latest groin issue.