Oxlade-Chamberlain damaged ligaments in his knee following a training ground collision in August and the incident was the latest in a series of fitness issues that have blighted his spell on Merseyside; it initially left the 27-year-old mentally fragile as he faced up to a lengthy layoff.

He has, however, made significant progress and this week cleared another major hurdle when he resumed full contact team training; Oxlade-Chamberlain may even come into contention for a place in the squad for the first time this season at Fulham on Sunday. 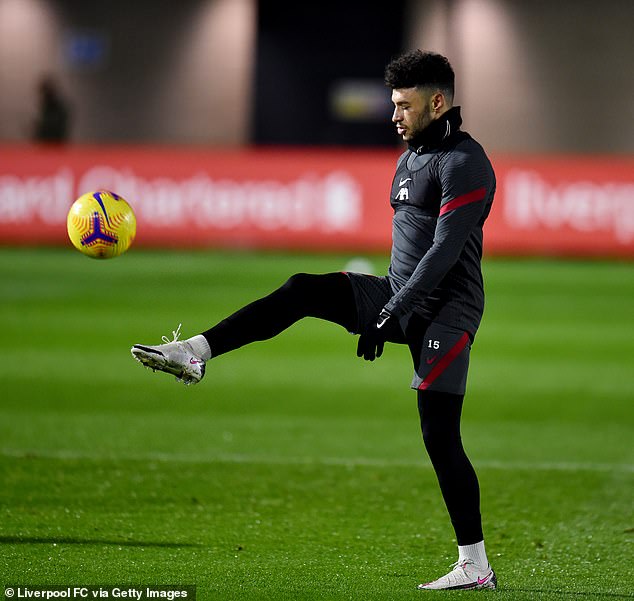 ‘The first few weeks in a situation like that, they are absolutely not to recommend,’ said Klopp.

‘Nobody needs that. But after that Ox is his best therapist himself. He is just a very positive person, very optimistic person. His family, girlfriend, brother, mother and father they are all pretty close.

‘In a moment when Ox joins parts of team training again, everybody gets the benefit of that. That’s the way he is. You don’t know that you missing him because he is not there for a long time and then he comes in and is in the gym with the players they say: “Ok! It’s much better when he is here.”

‘That’s Ox. In the first few weeks (after a serious injury) the boys get all the help they need, but then, especially with Ox, he is the energy giver, he doesn’t need too much energy from other people.’ 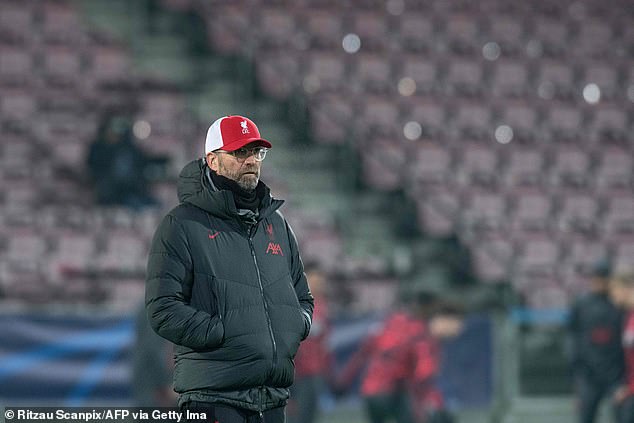 Liverpool are well stocked for midfielders but Klopp has made it clear that Oxlade-Chamberlain is a key member of his squad and is confident he will make a significant impression as they pursue another Premier League title.

‘There are enough opportunities on social media or YouTube whatever to watch him,’ said Klopp.

‘If a LFC supporter has forgotten how good Ox is then my English is not good enough to tell them that. I am just happy that he is fit again.

‘The speed, the technique, the combination of both right foot, left foot, all this kind of stuff, he can play different positions, score goals.

‘So, yes, when he can finally play – and I don’t know whether it will be the case this week or next, we will see – but it’s a big plus for us.’