Former First Minister of Scotland Alex Salmond is facing claims he sexually assaulted a female member of staff as new details emerged of allegations made against him by two women.

At the end of last week, the Scottish government announced that the former leader of the Scottish Nationalist Party (SNP) was under investigation over claims that have been passed to the police that he had harassed two government employees.

One alleged incident is said to have happened late one evening at the First Minister’s official residence in Edinburgh, Bute House, in December 2013. It said the complainant found herself alone with Salmond, who had been drinking alcohol. 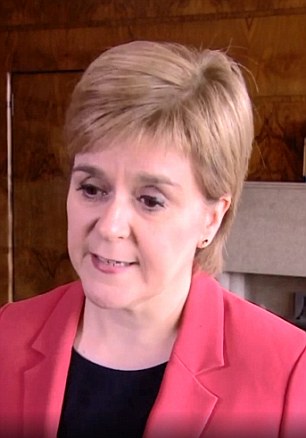 He is alleged to have told her to move from a public room to the bedroom, repeatedly offered her alcohol – which she refused – and then told her to get into bed.

Mr Salmond then, reportedly, lay on top of her, kissed her, and touched her sexually on her breasts and bottom through her clothes.

He only stopped after she repeatedly asked him too, the Daily Record newspaper reported.

The revelations were contained in a detailed complaint by a Scottish Government staff member, which has been seen by the Daily Record. Yesterday senior SNP figures said the allegations have left the party ‘in a state of shock’.

Mr Salmond – who lost his seat in 2017 – has denied any criminality or harassment, branding some of the claims as ‘patently ridiculous’. He is taking the Scottish Government to Scotland’s highest civil court over its probe, which he says was ‘unjust’.

Annie Wells MSP, Tory equalities spokeswoman, said: ‘If accurate, the fresh details are incredibly serious and go beyond harassment and into the realms of assault.’

Rhoda Grant MSP, Labour business manager, added: ‘Following these further revelations and the fact that Alex Salmond has been reported to the police, Nicola Sturgeon must suspend him from the SNP immediately.’ 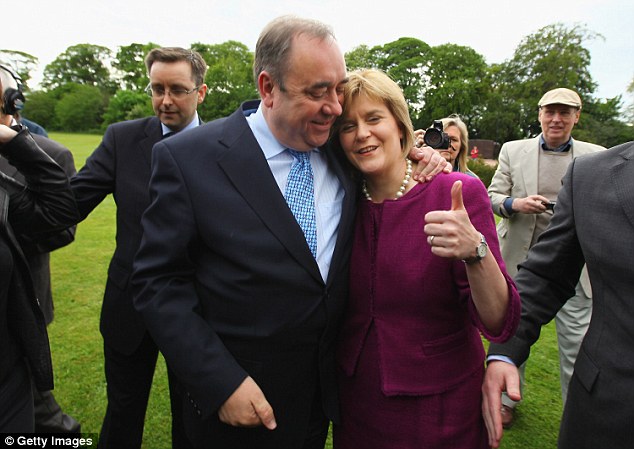 The claims have plunged the SNP into turmoil.’

One party source said: ‘All of this has been a complete surprise. I’ve known Alex for 30 years and I’ve never seen him cross the line.’

When asked if Mr Salmond would be suspended, the SNP pointed to comments made by Ms Sturgeon last week, in which she said: ‘I have limited information, and for legal reasons the information I have I am not able to pass to the party.

‘So, you know, the situation will undoubtedly develop as more information becomes available but I am not able to confirm more than I have at this stage.’

When asked about the latest allegations, Mr Salmond’s office responded: ‘As Mr Salmond made very clear on Friday, he intends to make no further comment on these matters until his petition for Judicial Review is heard in the Court of Session.

‘This is done on legal advice and in the context that he refutes these complaints of impropriety and absolutely denies any suggestion of criminality.’