Alexa is DOWN: Amazon’s smart assistant crashes across Europe – leaving some frustrated users unable to turn off their alarms

Amazon’s virtual assistant Alexa has crashed across Europe this morning — leaving some frustrated users unable to turn off their alarms.

According to Down Detector, a website that monitors such issues, there have been more than 8,000 reports of problems with the smart devices.

Issues first began to surface at around 07:00 GMT today.

When issuing voice commands to Alexa devices, users are either being met with silence or have received messages saying ‘something went wrong’.

Others are seeing a ring of red lights and a message to try again later.

It appears the issue is affecting Amazon’s range of Echo speakers as well as the retail giant’s Fire TV Stick and Amazon Alexa app for smartphones.

People across the UK have been complaining about the problems, while there are also reports that customers in Germany and Italy have been affected.

Angry Alexa users have taken to social media to complain about their devices.

Another user, Chloe Hardman, wrote: ‘Alexa is down and won’t turn our alarm off.’

Some say their Echo Dot is not working properly even after a hard reset.

The virtual assistant is built into millions of devices available in the UK, including smart speakers and home hubs, which can be used to control appliances around the home.

Amazon has been contacted for comment on the issue. The tech firm has so far not confirmed the cause of the problem. 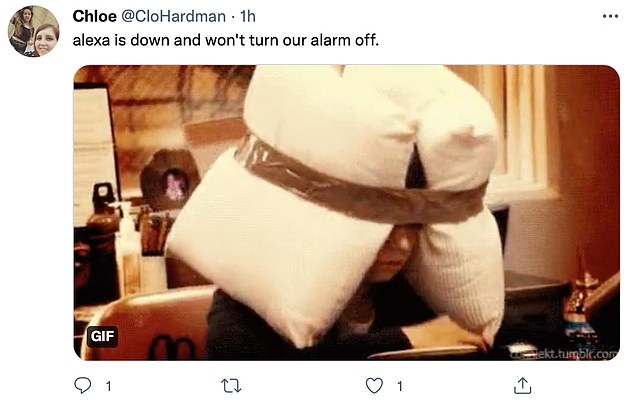 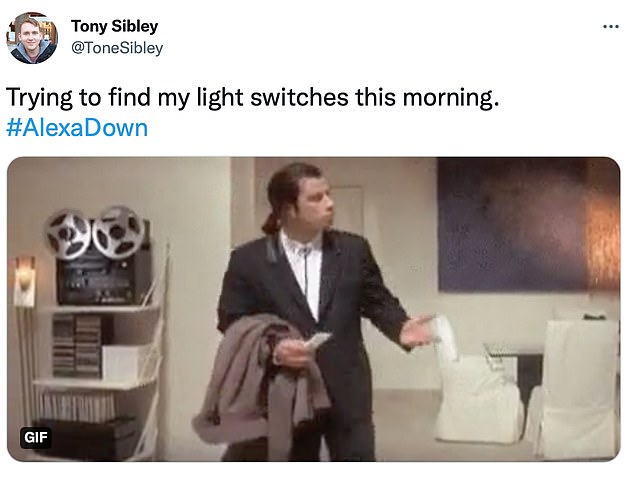 The device has such sophisticated microphones it can hear people talking from across the room – even if music is playing. A hack by British security researcher Mark Barnes saw 2015 and 2016 versions of the Echo turned into a live microphone.