Even if he does end up going to the Australian Open in January, Novak Djokovic was served a reminder last night that a 10th title in Melbourne is far from assured.

Alex Zverev added to his reputation as a serious challenger by defeating US Open champion Daniil Medvedev 6-4, 6-4 in the final of Turin’s ATP Finals.

Zverev had qualified after beating Djokovic late on Saturday night, with the world No 1 leaving uncertainty hanging in the air about whether he will travel to the Australian Open or not.

That will require him to become vaccinated against Covid-19.

Ironically his last appointment of the season is at the Davis Cup finals in Austria, being played behind closed doors as an indirect result of so many in that country declining to get jabbed.

If he does turn up at the Australian Open — he is against the compulsory jabs being required for entry — then Zverev will be a threat. 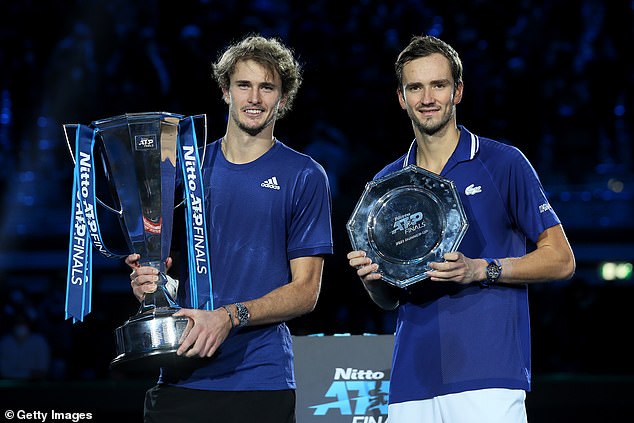 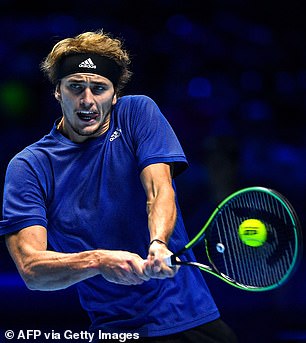 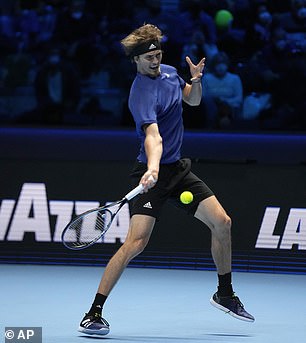 The 24-year-old world No 3 from Hamburg has become the first man to win the year-end championships for a second time without having claimed a Grand Slam title, or having reached world No 1.

An irresistible display of serving on the speedy courts of Turin backed up the idea that he will be the next major winner. He will need to follow this up stronger than he did after his 2018 victory, when the event was held at London’s O2 Arena.

Medvedev put in a curiously lacklustre display. The Russian, who denied Djokovic the calendar Grand Slam in New York, never looked like the player who had beaten Zverev in each of their previous five meetings.

Djokovic will head to Innsbruck to represent Serbia next weekend, and he could yet meet the British team of which Salisbury is a part.

The 29-year-old Londoner and his partner fell 6-4, 7-6 to top French pair Herbert and Mahut, unable to replicate their best form of this year. Salisbury had his serve broken in the opener. 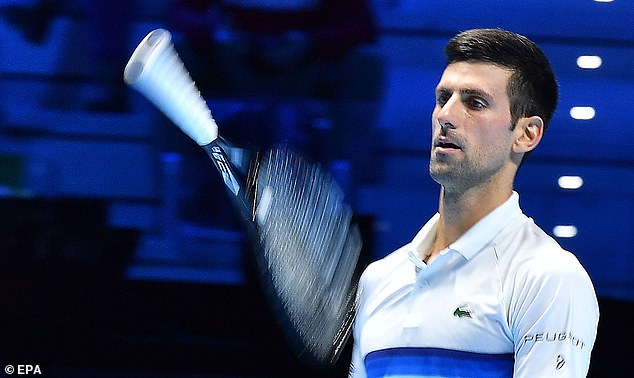 Nevertheless, it has been an outstanding season for the Anglo-American duo, who reached the final of the Australian Open and triumphed in the US Open.

‘If we have a season like this, we’re going to sign up for it every time,’ said Salisbury.

He can add to those successes the French Open and New York mixed titles, underlining his claims to be the most versatile doubles player of 2021.

He and Neal Skupski could well find themselves up against the same pairing next week as Great Britain are set to face France in the Davis Cup group stages.

Salisbury insisted the absence of spectators would not affect them.

‘We’re all really up for it whether there are fans there watching or not,’ he said.

‘I think we’ve got a good team with good support staff there. I think we’ll be able to create our own atmosphere. We’re going to be just as fired up for it as normal.’