Alexandra Burke returns to the dancefloor to flaunt weight loss

Strictly finalist Alexandra Burke is back on the dancefloor for a new campaign to encourage people to get on their feet to lose weight.

The SlimFast ambassador, 29, went from 11st 4lbs to 10st in six months thanks to the meal replacement plan – after her weight gain caused the zip of her dress to split during a performance.

And now she’s partnered with professional choreographer, Neil Jones to create a new SlimDance routine, which she performed with six men and women who have lost more than 13 stone between them on the plan.

‘We’ve used our collective personal victory moments to inspire the choreography of the dance,’ she said.

‘When you don’t feel your best, it can have a massive effect on your self-esteem. Dance has played a huge role in keeping me feeling positive and helped me stay motivated on my SlimFast weight loss journey.

‘I recall the moment I could finally get back into my skinny jeans, it felt amazing and I did a little dance in my bedroom! It’s a small victory, but one that many people can relate to and that’s what this campaign is all about.

Strictly finalist Alexandra Burke, 29, is back on the dancefloor for a new campaign with SlimFast 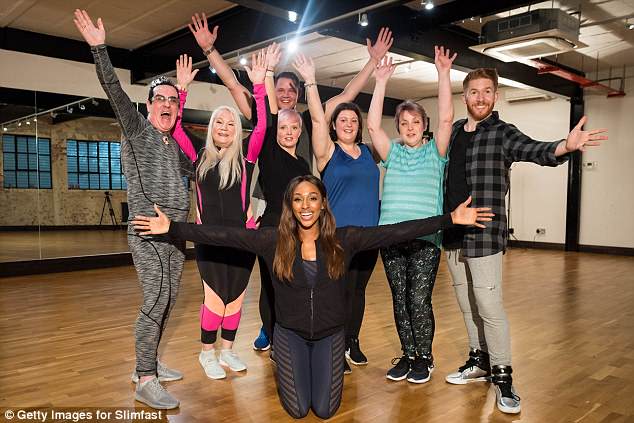 ‘I love to dance. It’s a massive part of my life and one of my biggest weight loss motivations was how I felt about my appearance on stage.’

At her biggest, the West End star was a size 14, and previously revealed how she didn’t notice weight creeping on.

‘The weight crept on over time and I was increasingly aware of how I felt in my clothes and when performing on-stage. It took a few moments to really tell myself it was time to do something about it,’ she said.

‘The final straw was when the show seamstress made out that it was my microphone that made the dress feel tight and slit the zip on my dress. Girl… then I knew!’ 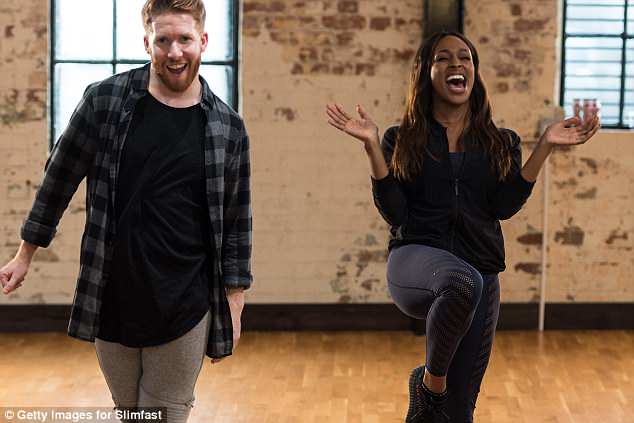 The Strictly star was a size 14 at her heaviest (left) but lost two stone on the SlimFast 3.2.1 plan 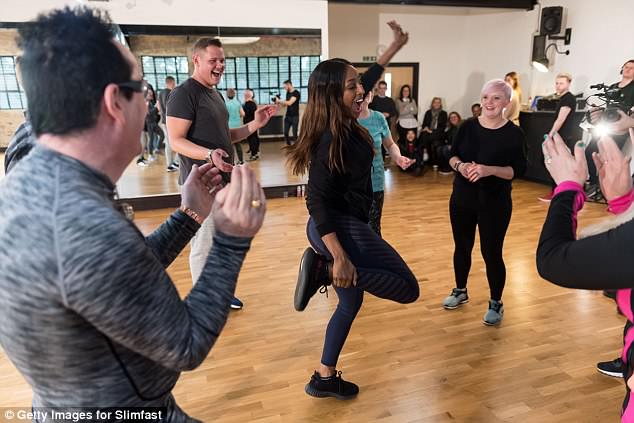 The Strictly runner up performed the routine with fellow slimmers

The singer did not have a target weight when she embarked on her diet but just wanted to feel more comfortable in her skin.

She explained: ‘My goal was never to be a particular size. I like my legs, I like my bum and I of course want to keep these.’

She added: ‘The SlimDance campaign is testament to not only how weight loss can transform people’s lives but also reinforces my passion for how dance can, at any level, keep you active and feeling on top of the world.’ 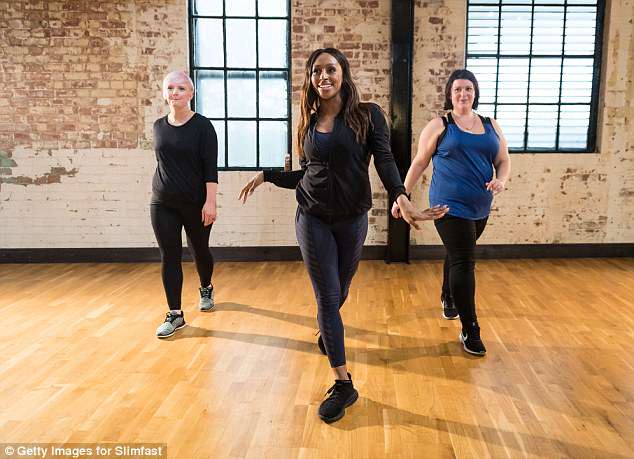 Alexandra wants to encourage people to stay active through dance, both for the physical and mental benefits 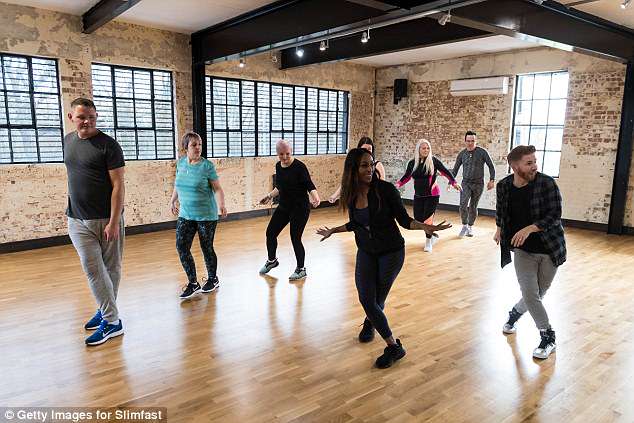