ALEXANDRA SHULMAN’S NOTEBOOK: The trivial pursuits at 3am I just can’t shake

It’s not only youth that is wasted on the young. What about sleep? I’m writing this at 5am, having woken an hour earlier and reluctantly given up on the prospect of any return to slumber. Waking continually throughout the night has become my norm.

I hear the nearby train on its regular 3am run which, urban legend has it, carries nuclear waste across London. I hear the foxes screeching like tortured babies. I try to practise the breathing my yoga teacher says helps still the mind, but just bore myself rigid and return to a conveyor belt of thoughts.

Most of my life I have had the opposite problem – I could scarcely stay awake. I have always conked out (and still do) as soon as my head hits the pillow – often to the infuriation of the person beside me.

It’s not only youth that is wasted on the young. What about sleep? I’m writing this at 5am, having woken an hour earlier and reluctantly given up on the prospect of any return to slumber [File photo]

In fact, I could be diagnosed as borderline narcoleptic. How many dinner tables have I sat at, upright but asleep, waking to hear myself lobbing a complete non-sequitur into the party conversation? How many television programmes and films have I dozed in and out of? Falling asleep is not the issue – it’s staying there.

We’re told poor sleep is a product of getting older. It might even be that we simply don’t need as much. But it doesn’t feel that way.

What a dull club the fellowship of insomniacs is, full of moaning and groaning. How did you sleep? Surely one of the most boring questions ever, but one that has started to follow me around.

All the modern advice for getting good sleep is of little use. Don’t sleep with your phone nearby. Don’t look at a screen the hour before bed. That might help if you can’t fall asleep in the first place. But it’s no help when you wake after a couple of hours and your mind is telling you there’s stuff to get on with.

It would be more understandable if I were battling major worries. But it’s usually trivial things playing tag in my brain.

In the pitch-black this morning, it became a matter of huge urgency to pay a parking charge, to order some flowers, to remember to contact a plumber.

These infuriatingly mundane ideas seem to take control no matter how often I tell myself they can wait for daylight. So this morning I decided to concentrate on something more useful: writing this week’s Notebook. And here I am.

Silence no longer helps the Royals

In the first part of the BBC’s The Princes And The Press, Amol Rajan’s exploration of the relationship between Royalty and the media, we learnt remarkably little that anyone with half a brain didn’t already know. Scoop!

The Royal households brief the media. Scoop! The media’s attitude to one Royal or another waxes and wanes. Word has it that the second and final episode tomorrow will be far more intriguing.

What the first instalment did demonstrate is that the old maxim of ‘Never complain, never explain’ is now much less effective. The Royal Family have generally taken the no-comment line, letting stories and dramas stoked by others swirl around them while they remain at a lofty remove.

The change in approach to more direct engagement was led by Princess Diana, who brokered her own relationship with the Fourth Estate. The media hounded her and was enabled by her – the obsession worked both ways. 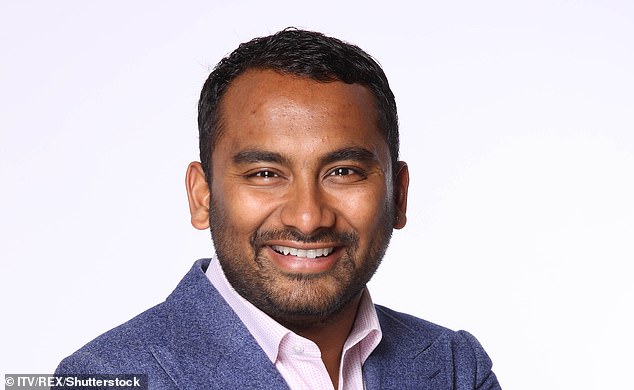 In the first part of the BBC’s The Princes And The Press, Amol Rajan’s exploration of the relationship between Royalty and the media, we learnt remarkably little that anyone with half a brain didn’t already know. Scoop!

When it comes to people as famous and relevant as Princes William and Harry, of course we listen. Not only to them but to the people they put forward as representatives.

Team Cambridge were missing in action. Not a word directly from them was uttered in their defence. It might be a more dignified way to behave, but I’m not sure it helped in the court of public opinion.

If only the woke would laugh a little

The head teacher of the private girls’ school Benenden says we shouldn’t criticise the young for their ‘woke views’. We should support their social and political engagement.

And she’s right. When I think back to my schooldays and realise how little we thought about anything other than Biba and boyfriends, I am impressed by how young people today have their minds on loftier ideas – the environment, sexual mores, mental health. But the way they talk about these issues can be unbearable.

The lack of acceptance of any conflicting opinions. The refusal to contemplate discussion. The tendency to label any forum where there is disagreement as ‘unsafe’. The sheer anger they feel. These unsophisticated attitudes are antipathetic to a civilised society. Young people are the future. We need them, and need to listen to them. A lot of what they speak is the truth. But their humourless conviction can sure ruin a perfectly nice dinner table chat.

The one time when ignorance is bliss

Along with the great news that progesterone can help avoid miscarriage for women who experience early bleeding, I was surprised to learn a staggering one in four pregnancies ends in miscarriage.

That high figure must demonstrate that many of us miscarried at a very, very early stage without even knowing it – such ignorance allowing us to escape the misery and despair that accompany the experience.

I’m not going to be a follower of fashion

We’re off to see House Of Gucci this weekend, despite terrible reviews of the overlong movie that stars Lady Gaga and Adam Driver. Why am I ignoring warnings about wasting two hours and 40 minutes?

The number of films with rave reviews that I’ve hated led me to realise that ultimately you can rely on no one’s taste but your own.