Democratic congresswoman Alexandria Ocasio-Cortez easily beat off her challenger in the New York primary Tuesday with more than 70 percent of the vote.

Caruso-Cabrera had campaigned as a more moderate replacement to the democratic socialist lawmaker.

Ocasio-Cortez used the win to hit out at those who claimed her 2018 defeat of former New York congressman Joe Crowley was an ‘accident’ or a ‘fluke’.

Democratic congresswoman Alexandria Ocasio-Cortez, pictured took an easy victory in New York’s 14 district primary on Tuesday. She is now favored to be elected in November 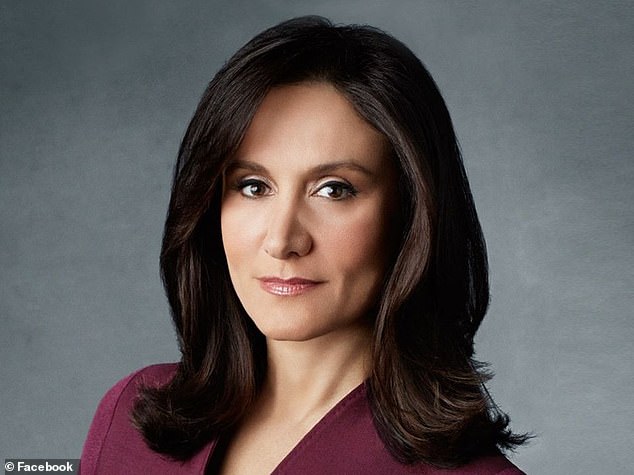 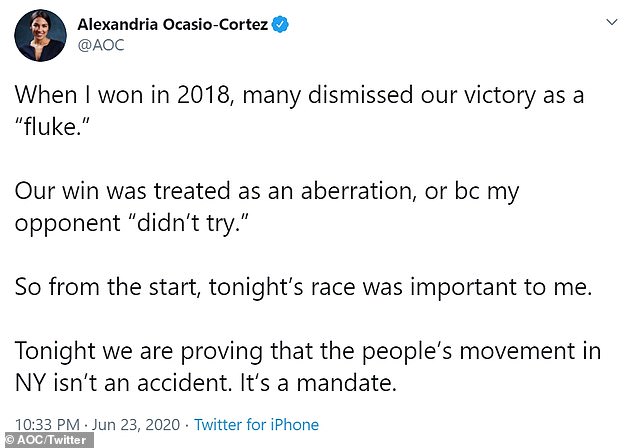 She made history in 2018 when she was elected as the youngest woman ever to serve in Congress in the U.S.

‘When I won in 2018, many dismissed our victory as a “fluke.” Our win was treated as an aberration, or bc my opponent “didn’t try”,’ she wrote on Twitter as her victory was announced.

‘So from the start, tonight’s race was important to me. Tonight we are proving that the people’s movement in NY isn’t an accident. It‘s a mandate.’

She later thanked those who voted for her and criticized ‘Wall Street CEOs’ who had pumped money into unseating her.

‘Wall Street CEOs, from Goldman Sachs to Blackstone, poured in millions to defeat our grassroots campaign tonight,’ she wrote.

‘But their money couldn’t buy a movement.’

Caruso-Cabrera had been backed by the conservative-leaning U.S. Chamber of Commerce in a New York City district.

They spent six figures on Caruso-Cabrera’ advertising against the young lawmaker.

Ocasio-Cortez said her reported results of about 70 percent of the vote would be a ‘transformative’ mandate.

Caruso-Cabrera had 18.96 percent of the vote, as of late Tuesday night. 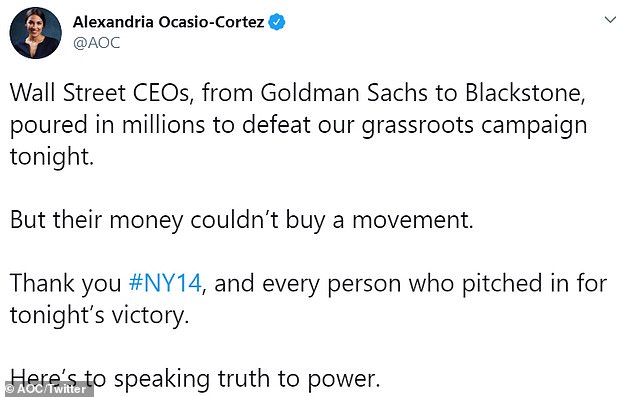 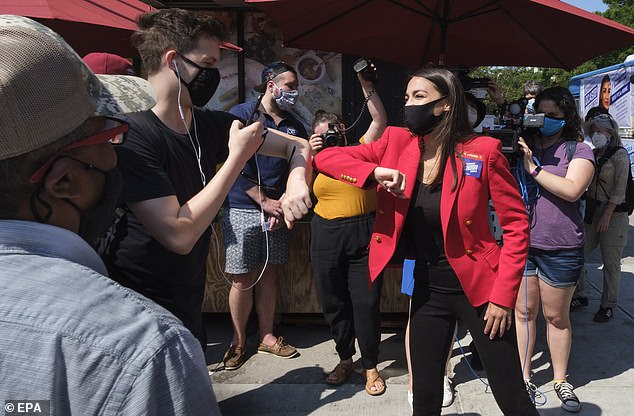 Democratic Congresswoman Alexandria Ocasio-Cortez talking with voters ahead of the New York primary on Tuesday. She easily beat off her challenger with 70 percent of the vote

The progressive movement suffered setbacks at the national level earlier this year when former Vice President Joe Biden won the party’s race to take on Trump in November’s election, with dominant wins over Warren and Sanders in the state-by-state nominating contests.

Sanders was among the first to congratulate Ocasio-Cortez Tuesday.

‘In less than two years, she has become a major leader in Congress on many important issues, and I look forward to continue working with her to achieve justice for all working people,’ he said.

New York’s 14th District seat, which represents parts of the Bronx and Queens, is solidly Democrat and Ocasio-Cortez is favored to be reelected in November.

She will face off against retired New York Police Department officer John Cummings. 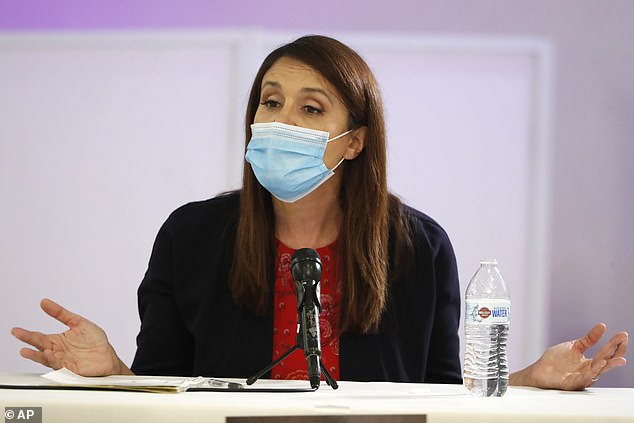 Democratic challenger Michelle Caruso-Cabrera as she debated against Rep. Alexandria Ocasio-Cortez on June 17. She was reported less than 2- percent of the vote Tuesday night

The freshman lawmaker proved a successful fundraiser and pulled in $2.4 million in April and May to bring her total raised this cycle to $10.5 million, according to Fox News.

Elsewhere in New York, the congresswoman threw her support behind progressive middle school principal Jamaal Bowman, who was challenging Rep. Eliot Engel for a seat he’s held since 1988.

As of early Wednesday morning, Bowman, 44, was leading Engel, the chairman of the House Foreign Affairs Committee, by 59.48 percent to 35.31 percent, the New York state elections board said, with 627 of 732 election precincts reporting.

Whoever wins the Democratic nomination in the district is likely to win the seat in November.

‘Eliot Engel used to say he was a thorn in the side of (Republican President) Donald Trump,’ Bowman told supporters.