By Simeon Gholam for MailOnline

Uruguay defender Jorge Fucile has launched a scathing attack on Arsenal forward Alexis Sanchez over his conduct at the Copa America.

Fucile accused the Chilean of being ‘mentally weak’ after the two sides met in the quarter-final of the competition.

The 30-year-old defender was dismissed for a second bookable offence after fouling Sanchez late on in Chile’s 1-0 victory, before the hosts went on to beat Argentina in the final and lift the trophy. 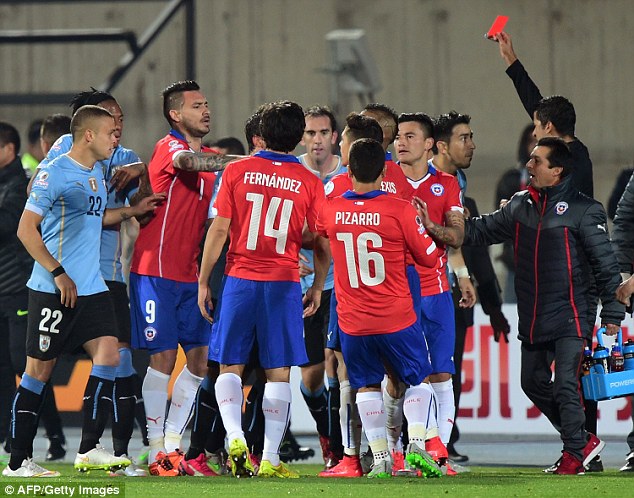 Fucile said: ‘I touched the ball first, any other forward would have jumped in that moment. It seems that this guy is mentally weak.

‘I was running and I couldn’t stop myself, so I kicked him. When the match was 0-0, this guy was missing in action.

‘We talked during the match, but what happens on the pitch, stays on the pitch. I don’t know what you call this kind of person. I can only say that his legs were shaking.

‘The worst part was in a moment when he was near my sector and he said: “Mr. Ref, he’s kicking me, he’s kicking me”. The official responded him: “You are doing your work, they’re doing theirs.”‘ 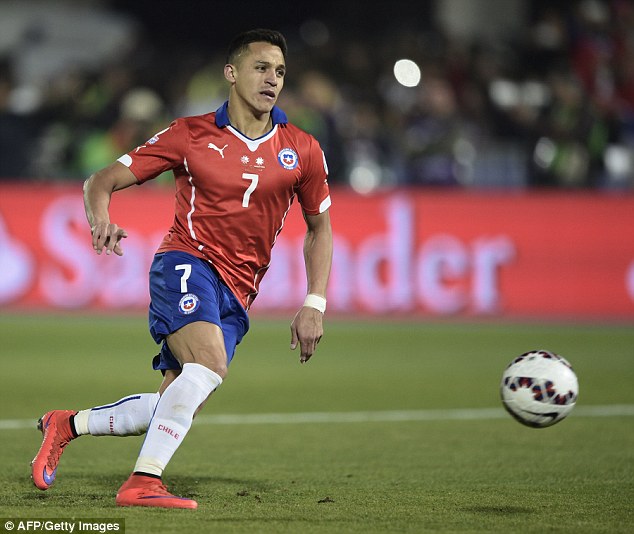 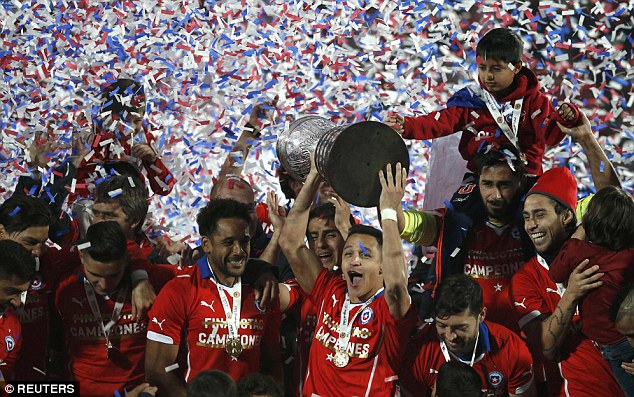