There is a storm coming to Chicago. And not just the red whirlwind which left Mexico reeling in its wake, with hurricane Sanchez running the show.

Chile’s monster 7-0 victory in the quarter-finals marked them out as favourites for the Copa America Centenario behind Argentina, but they will have to overcome severe adverse weather conditions as well as feisty opponents in Colombia if they are to set up a repeat of last year’s final.

Threat warnings for floods, lightning and even a tornado have been issued. Large hail is another prediction, while thunderstorms are expected to be ‘long-lived, widespread and intense’. Passengers flying into the city have already been warned about the possibility of complications. 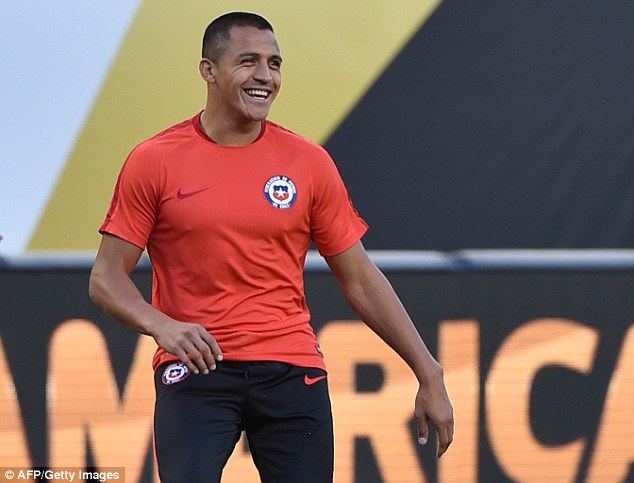 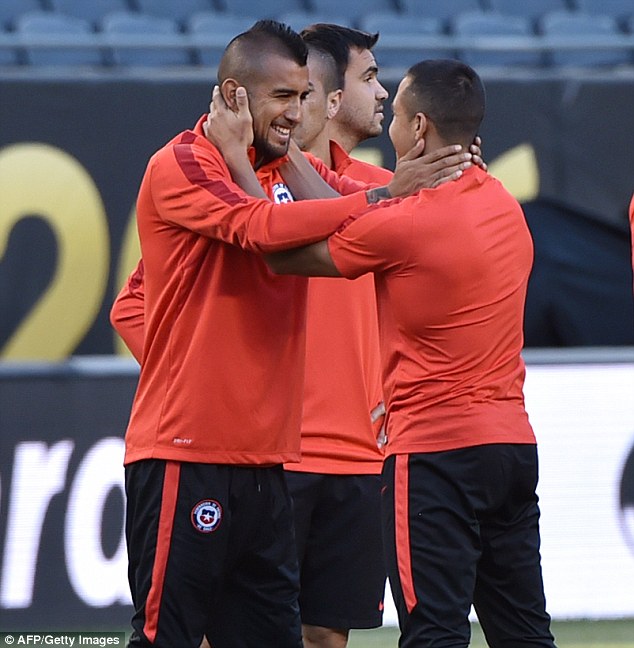 ‘Meteorologists can be wrong too,’ said Chile coach Juan Antonio Pizzi, who is focused on steering his team past Colombia to reach their second Copa America final in two years, rather than thinking about storms or their mauling of Mexico.

‘We are happy because of how we got here, but we can’t stay thinking about that,’ he explained.

‘Each game and each opponent is different. We are centered on the game that we believe we can win. We think our opponent will focus on being very tight at the back.

‘You always take caution of the qualities of your opponent. We will see what happens and I hope that we can impose our play on the match.’

Star man Alexis Sanchez is a doubt for the game and Chile will be desperately hoping he is fit to play, with midfield talisman Arturo Vidal already suspended.

‘In Alexis we have, potentially, the most decisive player in the Copa. We will see how he evolves,’ added Pizzi.

Chile have rocketed up through the gears in this tournament, after losing to the team they hope to play in the final, Argentina, in their first game.

A shaky win over Bolivia followed, followed by a bigger one against Panama, before the goal glut against Mexico. 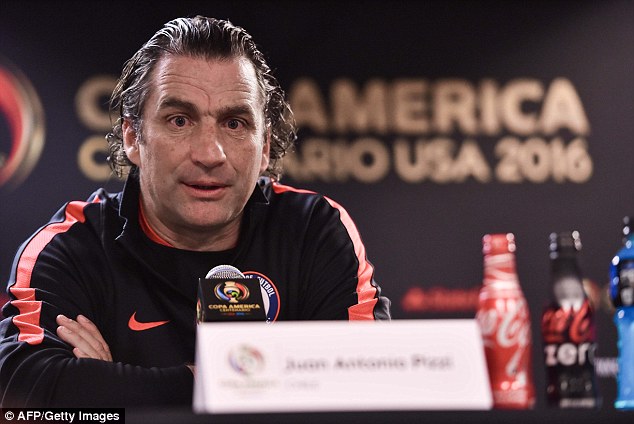 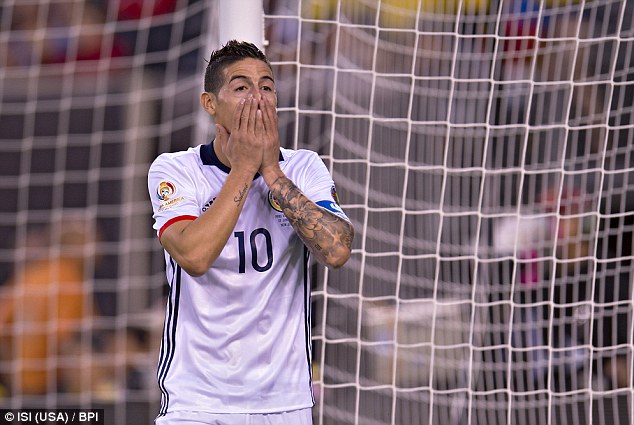 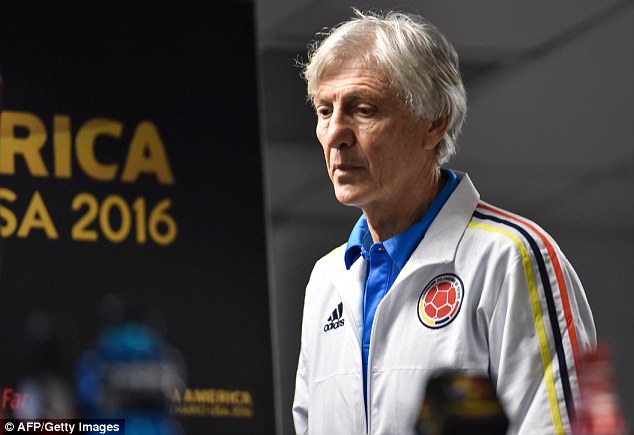 ‘That game [against Mexico] they exploded,’, he said. ‘All their skills came through. This was a team with every talent necessary to win with great superiority and by a great distance.’

Even though Eduardo Vargas has six goals in his last two games and Sanchez ran the show, Pekerman didn’t want to focus on any individual talents, more the threat of the whole side. 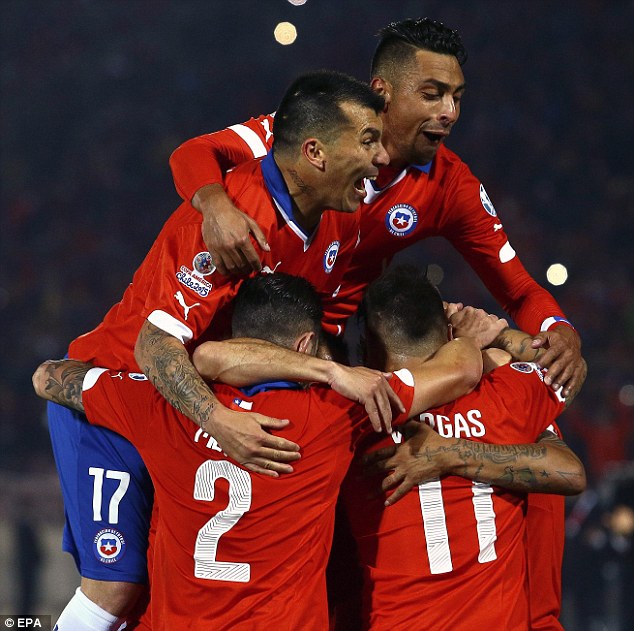 ‘We have to be careful with all Chilean players. It’s a team with years of concentration, work, individually and collectively. They can adapt to different situations, quickly.

‘We’re playing the champions of America, one of the best generations in Chilean football.’

‘Everybody talks about Vargas and Sanchez, but Edson Puch is doing a great job and they have a great midfield and attack a lot on the flanks.’

While Chile will be missing Vidal and potentially also Sanchez and Marcelo Diaz, Colombia appear to be in top condition. 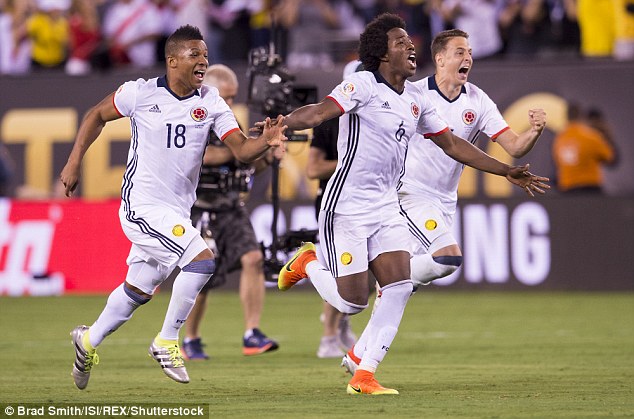 While Vidal is suspended and Sanchez doubtful, Colombia have a clean bill of health going into the clash

Carlos Bacca trained individually on Monday but should be fit for the clash, while Farid Diaz is in a similar position.

With so much quality in both sides, it will be a hotly-contested clash at Soldier Field, as long as the storms don’t force the match to be cancelled – the situation will be monitored throughout the day.