Alfie Evans’ dad battled to keep his son alive with mouth-to-mouth before being forced to accept he could not save him, it has emerged.

Family members have revealed how Tom, 21, was ‘blowing and blowing’ as he tried to resuscitate Alfie for ten minutes in the early hours of Saturday.

The 23-month-old who was at the centre of a legal battle by his parents to take him out of the UK for treatment died at about 2.30am.

Alfie’s parents Tom and Kate James, 20, spent their final moments as a family lying in bed with their son, falling asleep together after he finally lost his battle against a rare degenerative disease.

A relative told the Mirror: ‘It had been a really hard day as Alfie had been struggling to breathe from the early morning.

‘He picked up and we thought everything was going to be OK.

‘But at around 1.30am we got a call telling us to get back to the hospital.’ 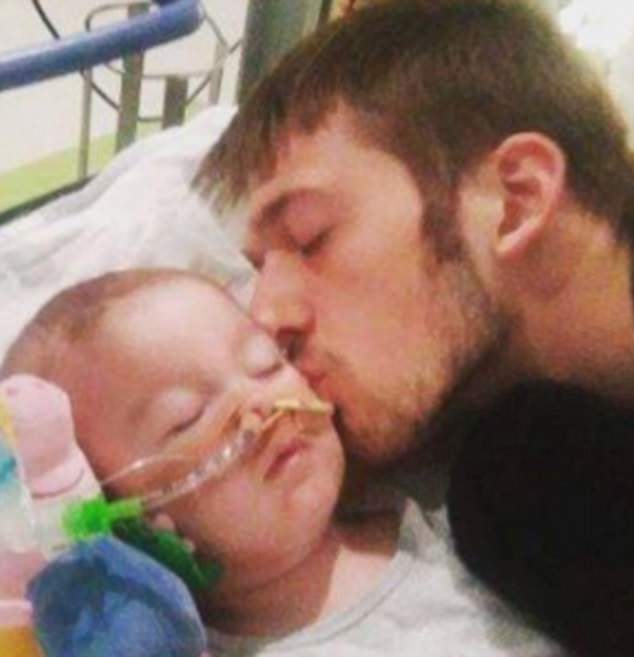 Meanwhile, more than one thousand mourners gathered to pay their respects after the news of his tragic death was revealed over Facebook.

As his parents, Tom and Kate, both from Liverpool, mourned inside Alder Hey Hospital, family members, friends and supporters consoled one another outside.

Supporters chanted his name, sang You Will Never Walk Alone and released balloons – at which point eagle eyed social media users claim to have spotted a face in the clouds.

One image of the emotional vigil has shocked people on Facebook who say they can see Alfie. 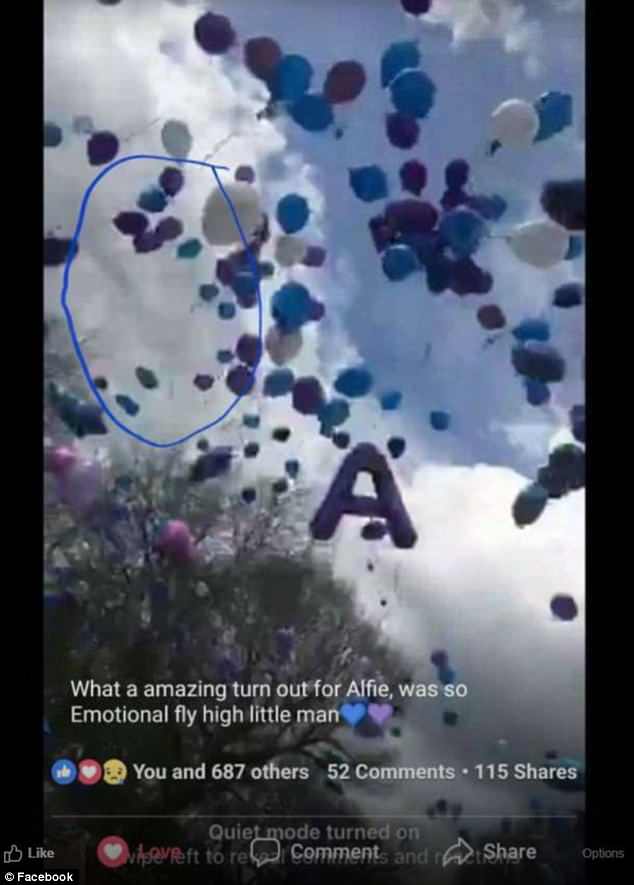 On Facebook Anne-Marie Iliff said: ‘I see the wee mans face in the clouds.’

Hazel Broadie said: ‘When the balloons got released the sun came out and in the clouds it looks like a smiling baby lay down !!! Deffo little Alfie looking down on everyone rip little man.’

Natalie Marie, added: ‘Looking down on his army x.’

Sharnie McDonagh shared another image, writing: ‘Some one just shared this when lettin (sic) balloons go for lil Alfie can see our sleeping soldier in the clouds rest in peace sleep tight lilman always in our hearts.’

Alfie, whose exact condition had not been diagnosed is believed to have suffered from a DNA-related mitochondrial disease.

Alfie was born healthy but after making strange jerking movements at home and missing some key developments in early life, was taken into hospital.

Alfie went into in a semi-vegetative state for over a year. Alfie’s parents, Thomas and Kate, had fought to take him to Italy for treatment but a judge ruled the terminally sick child should not be allowed to leave the country.

On Wednesday, the final appeal was lost.

Alfie was breathing after being taken off life-support for five days, but took his last breath at 2.30am on Saturday,

The parents announced Alfie’s death on Saturday, as tens of thousands paid tribute on Facebook. 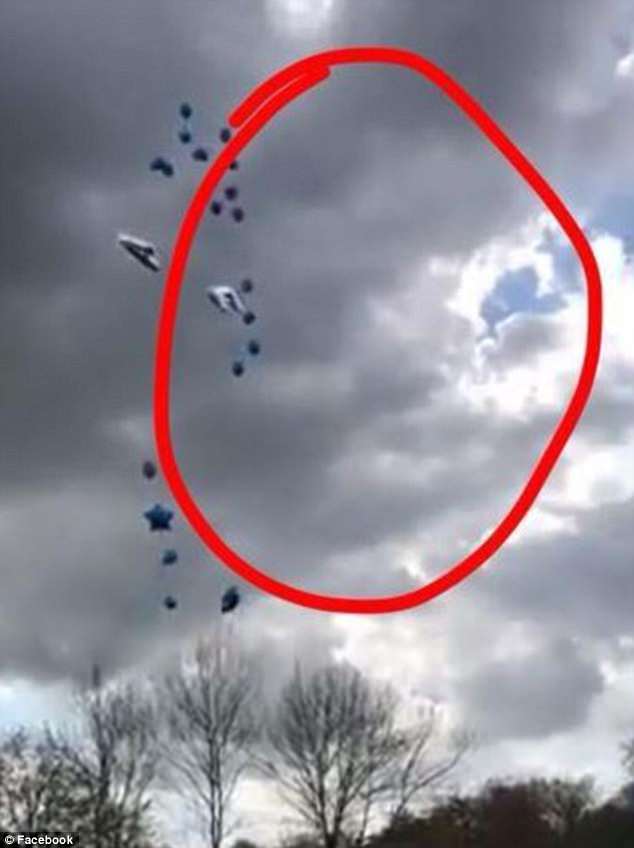 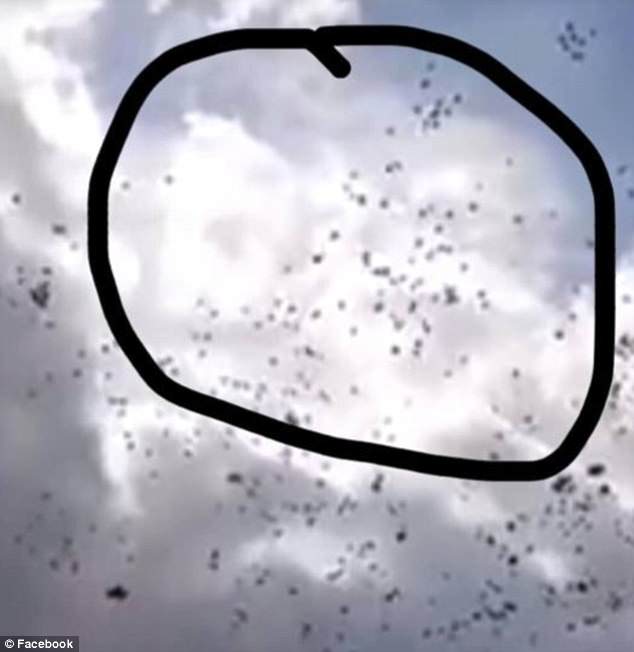 Alfie Evans died at 2.30am on Saturday morning but hours later Facebook users said they could see his face in the clouds during a balloon release

Tom, 21, wrote: ‘My gladiator lay down his shield and gained his wings at 02:30… absolutely heartbroken.

According to reports, the parents slept by Alfie’s side for hours after his death, in their final hours as a family.

Mr Evans had previously argued his son was well enough to fly to Italy after surviving days off of life support.

High Court judge Mr Justice Hayden said in his ruling: ‘The sad truth is that it is not. With little, indeed no hesitation, I reject that.’