Alfie Evans’ father has said his new baby son is the spitting image of his brother and has given the parent a reason to live.

The father said the new baby has brought a joy he feared he would never experience again after losing Alfie.

Tom Evans, 21, said his new son Thomas has given him reason to wake up in the morning after plunging into depression following the death of Alfie 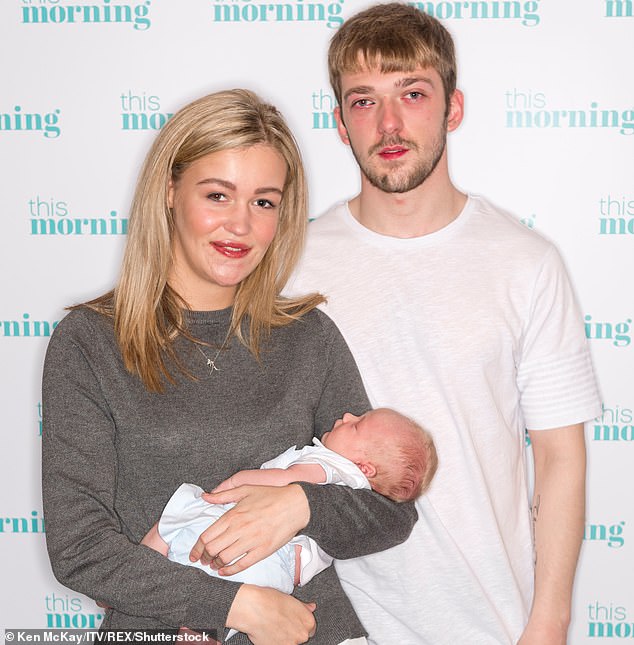 Kate James, 20, and Tom with six-month-old Thomas shortly after the boy’s birth. The couple said the baby brought them a joy they feared they’d never feel again

He told the Sunday Mirror: ‘Thomas is Alfie’s double… When we see Thomas pull a face he looks like Alfie, we feel that in a way we have them both with us.

‘I’ve got something to wake up to with him. I have to keep happy for Thomas’s sake. I wouldn’t want to wake up if it wasn’t for the baby.

‘I don’t like to think what it would be like without Thomas. I worry if he wasn’t here, where would I be?’

Tom made the comments as he revealed £140,000 raised for or Alfie would be donated to helping sick children

The case of little Alfie gained widespread media attention after his parents fought to take him to Rome for emergency treatment.

But the 23-month-old baby tragically died from degenerative brain disease in April after a court ruled for his life support to be switched off.

Miss James reportedly gave birth on August 8 – and her baby boy is said to be doing very well.

Both Miss James and Mr Evans carry a rare gene which sparked Alfie’s illness, leading to fears Thomas could inherit the same condition. 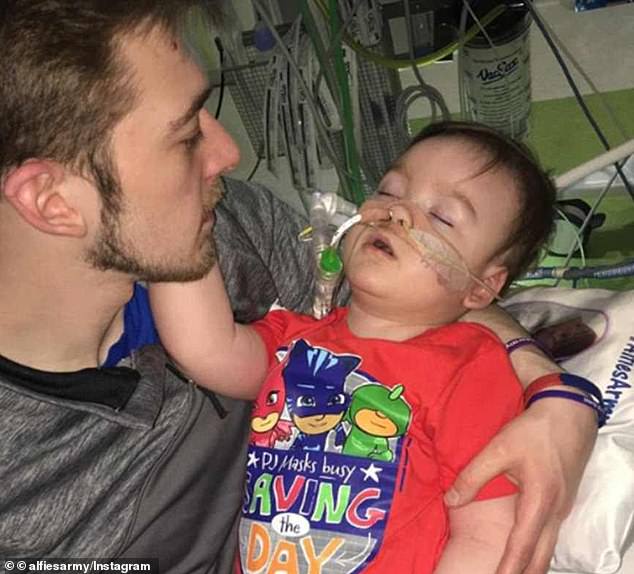 But it is reported the three-week-old boy has passed a series of tests in hospital, leaving his parents ‘very relieved’.

The couple, from Liverpool, launched a legal bid to keep their dying son alive doctors applied to turn off his life support.

Mr Evans even flew to Rome to visit Pope Francis after doctors in Italy offered to treat the toddler.

One of the key dilemmas raised by Alfie’s High Court case was whether doctors should have the right to determine if withdrawing life-support treatment is in ‘the best interests’ of a terminally ill child. 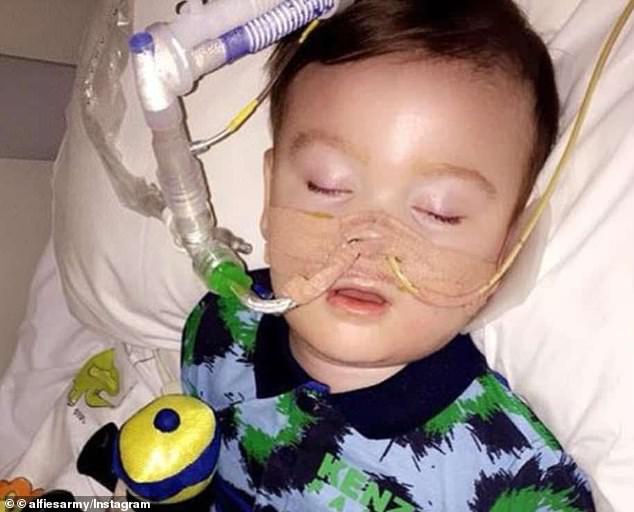 Alfie died 100 hours after his life support machine was switched off – giving the family a glimmer of hope that he may be able to pull through.

It was revealed earlier this month that NHS officials racked up £145,000 in legal costs in an attempt to switch off Alfie’s life support.

Alder Hey Children’s NHS Foundation Trust was forced to disclose the figure following a Freedom of Information request by supporters of Alfie’s family.

Alfie died 100 hours after his life support machine was switched off – giving the family a glimmer of hope that he may be able to pull through.