The next time you go to throw out a seemingly used-up beauty product, you might want to think twice – because according to one talented makeup guru, there could be a way to breathe new life into old cosmetics.

Manella, a makeup artist from Algeria, has taken social media by storm with a clever hack for how to use an old, dried-up liquid eyeliner as a brow pencil.

Taking to Instagram to share the process behind the tip, documenting herself putting it into practice in a quick video clip, the beauty guru revealed exactly how others can put the hack to use, showing how she totally transformed her brows with nothing but the ‘old’ product. 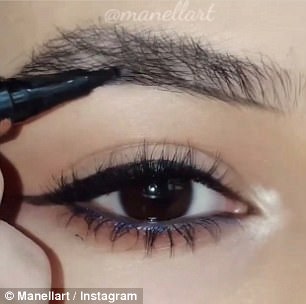 Beauty hack: A makeup artist has revealed how to use a dried-up eyeliner in order to transform your eyebrows 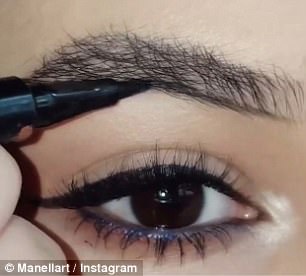 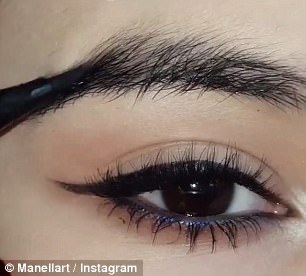 Viral: Manella, from Algeria, shared the tutorial on her Instagram which only has 3,158 followers, but people were so mesmerized, the video already 38,000 views and counting

In the brow tutorial, which has racked up an impressive 38,000 views in just a matter of days, Manella starts off the video by brushing up her brows with a spoolie brush.

Once her brows are brushed up, she takes her old Flormar liquid eyeliner and starts outlining the shape of her arches, starting from the inside and working outward towards the ends of the brows.

Once she drew the outline of the desired arches using the liner, she used the spoolie again and started blending in the ink by brushing it in upwards and used her finger to smudge in any excess color she missed with the brush.

Then, taking the spoolie, she brushed downwards to evenly disperse the liner. Once the brows were brushed down, she went back in with the liner to fill in the top parts of her brows and any more empty spaces she saw. 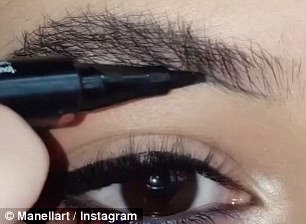 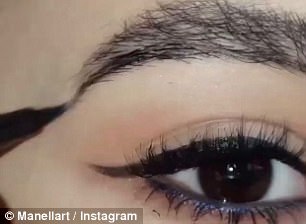 Technique: She first brushed her brows upwards using a spoolie and then used the liner to outline, draw, and fill in her brow arches, then smudged the ink in using her finger 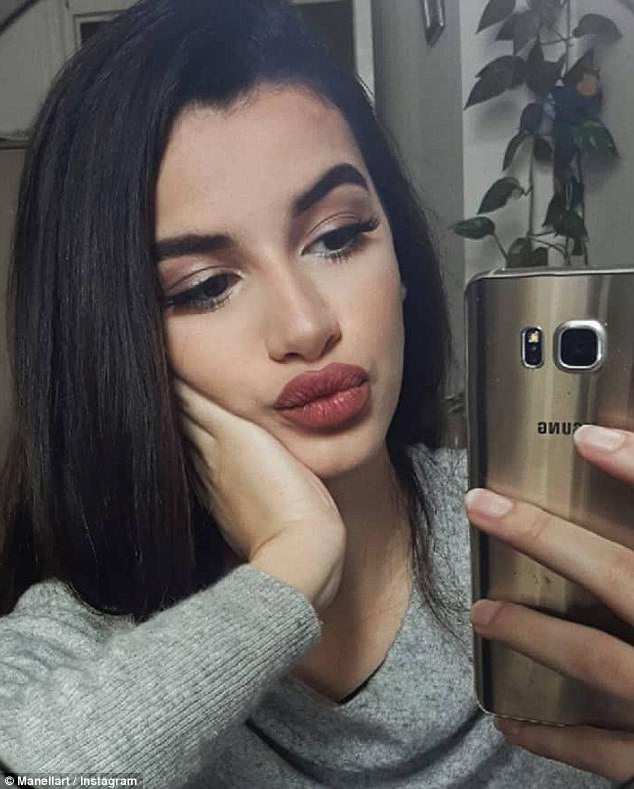 Brilliant: The video was the first tutorial that Manella has ever posted, however she said that she has been using the trick herself for many years

Next, she took an angled liner brush dipped in Flormar Browkit powder and went over her eyebrows to give it a sleek finish.

Lastly, she used an L.A. Girl Cosmetics liquid concealer stick which she applied to the outline above and below her brows to make sure the final look was a smooth, flawless finish.

Once she blended in the concealer with a small brush, she used a beauty blender to fade all the excess in and then dipped a brush in Huda Beauty Highlighter in Santorini which she applied under the arch of her brows to give her a defined finish.

The best part about Manella’s video is the fact that it was her very first makeup tutorial and she confessed it in the caption. 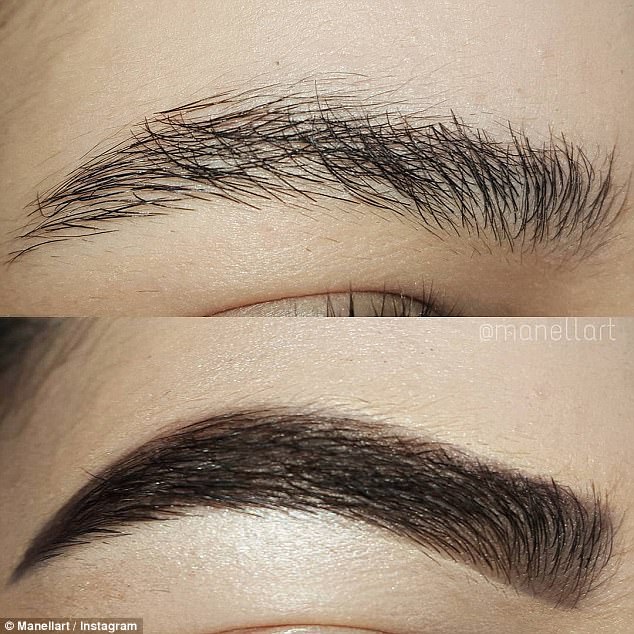 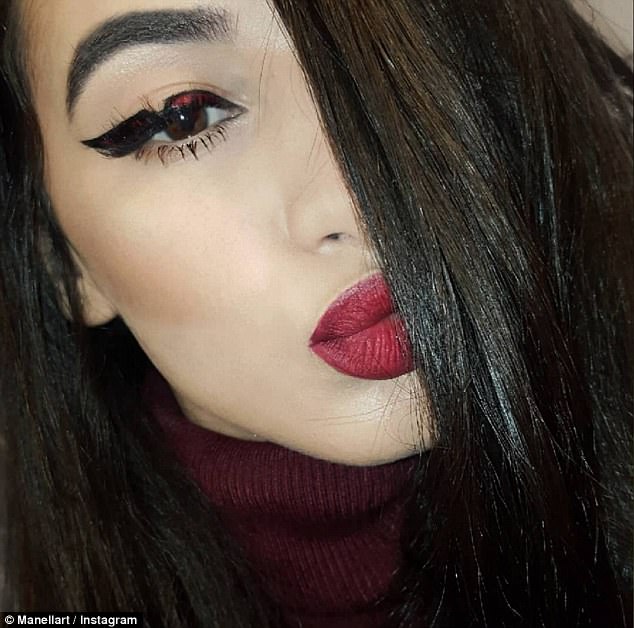 Makeup: She also explained that she put more liner on for Instagram and selfies, but if she was using the trick for an everyday look, she would have applied half the amount

She said that defining her brows with an old eyeliner is a trick she’s been using for ages. She even joked about the beauty hack saying ‘we tend to get creative when we are young and broke.’

Aside from the tutorial, she also posted a before and after photo where she explained how it’s fun to do before and afters, but she can’t really see the difference in photos.

So, she said she spent ten minutes doing each of her brows for Instagram, but in real life it looks ugly and if she was doing it for an everyday look, she would have put on half the amount, but for selfies and close up photos this is perfect.

Makeup is super expensive and it goes bad quickly, which makes it frustrating when you run out of different products.

However, after revealing her brilliant hack, Manella just proved that you can use your old products for different functions and it will work just as well, plus will save you a ton of money.