Alicia Keys announces she will be hosting 2019 Grammy Awards

Alicia Keys announces she will be hosting 2019 Grammy Awards as she is excited to ‘celebrate creativity, power and magic’

Alicia Keys has announced that she will be hosting the 2019 Grammy Awards.

The 37-year-old songstress took to her YouTube channel to make the exciting revelation.

She posted it alongside the caption:  ‘I’m soooo EXCITED to announce that I’ll be hosting the 61st Annual Grammy Awards!!

Golden: Alicia Keys has announced that she will be hosting the 2019 Grammy Awards

Keys does have plenty of experience with the award ceremony as she has won 15 Grammys throughout her career.

‘I know what it feels like to be on that stage, and I’m going to bring that vibe and energy,’ Keys said in a statement from the Recording Academy on Tuesday. 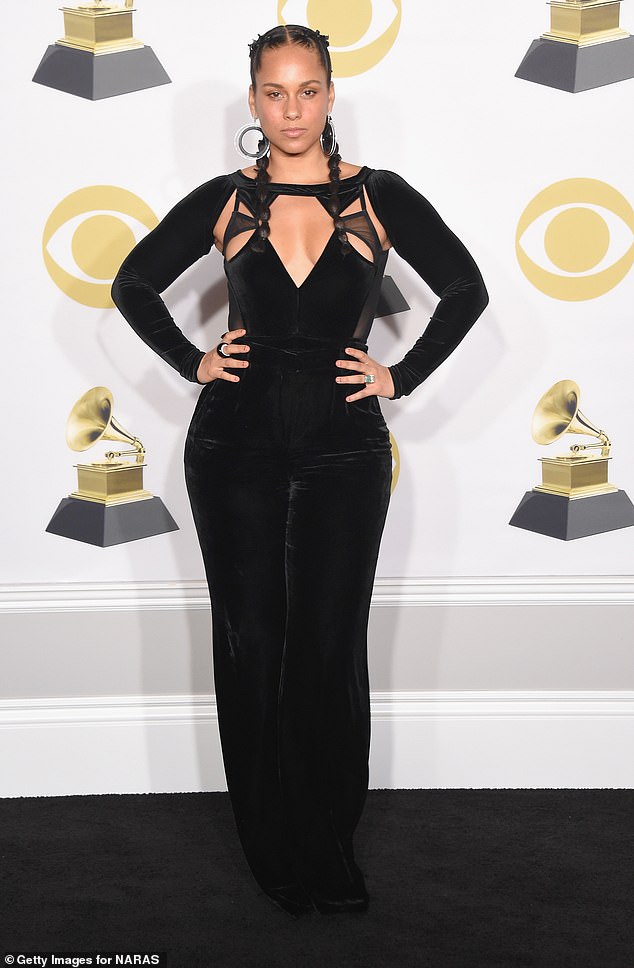 Girl On Fire: The 37-year-old songstress pictured at the event in New York in January of last year

‘I’m so excited to be the master of ceremonies on the biggest night in music and celebrate the creativity, power and magic.

‘I’m especially excited for all the incredible women nominated this year! It’s going UP on Feb. 10!

The Grammy Awards are set to take place at the Staples Center in Los Angeles on February 10 and will broadcast live on CBS beginning 8pm.