A rare radioactive plutonium isotope dating back millions of years has been recently discovered at the bottom of the ocean, leading experts to question how it originated on Earth.

The dangerous element known as plutonium-244 – discovered nearly 5,000ft below the Pacific Ocean in the ocean crust – is the result of ‘violent cosmic events’ that occurred in deep space millions of years ago.

Plutonium-244’s presence on Earth suggests that an exceptionally violent event billions of years ago, such as neutron stars colliding, may have caused it to appear on our planet.

‘The story is complicated – possibly this plutonium-244 was produced in supernova explosions or it could be left over from a much older, but even more spectacular event such as a neutron star detonation,’ the study’s lead author, The Australian National University Anton Wallner said in a statement.

The element iron-60 was also discovered, according to the experts’ findings.

The plutonium-244 that was discovered could be the result of a supernova explosion or something much more violent, like a neutron star destruction

Dating of the two elements confirmed that plutonium-244 and iron-60, both of which exists when the Earth formed more than 4 billion years ago, likely originated when multiple supernovae explosions occurred near Earth.

‘Our data could be the first evidence that supernovae do indeed produce plutonium-244,’ Wallner added.

Iron-60 has a half-life of approximately 2.5 million years before it decays and turns into the valuable commodity, nickel.

Conversely, plutonium-244 has a half-life of approximately 80 million years.

This extended half-life is ‘long enough for most of it to remain from events of the past few million years but short enough that none is left from the time the Solar System was created,’ the study’s co-author, Dr. Michael Hotchkis, Principal Research Scientist at ANSTO’s Centre for Accelerator Science, added.

Wallner also suggested that plutonium-244 ‘was already in the interstellar medium before the supernova went off, and it was pushed across the Solar System together with the supernova ejecta.’

Both of these elements are heavy and should have decayed into stable forms eons ago.

Given that they were found in their current state, it could imply the cosmic event happened happened just a few million years ago.

Further study of the isotopes and others like them could allow the researchers to understand more about the massive explosions in space that happened in the Solar System millions of years ago.

The findings were published in the research journal Science.

Plutonium-244: What to know 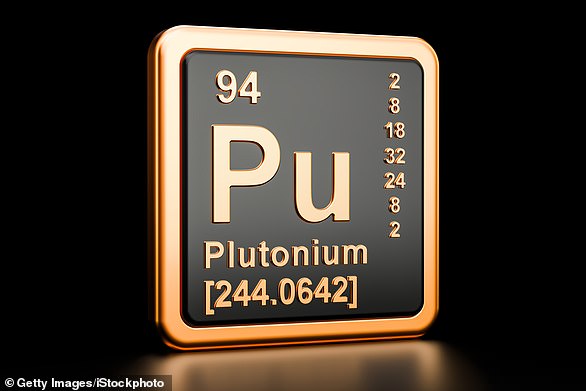 Plutonium-244 is one of the heaviest elements on Earth and was recently found 5,000 feet below the Pacific Ocean surface, surprising scientists

Its half-life of 80 million years is longer than any other plutonium isotope and all but three other actinide isotopes: uranium-235, uranium-238, and thorium-232

Aside from the Earth, plutonium-244 has also been detected in meteorite dust

Theoretically, it could be a byproduct of a nuclear weapon, but it has never been found in any sufficient quantity to date