All 4 is DOWN, leaving football fans waiting for England vs Germany match in despair

BREAKING: All 4 is DOWN, leaving football fans waiting for England vs Germany match in despair

Football fans were in despair after All 4, which was streaming the England v Germany match, went down.

The UK’s biggest free streaming platform went down during the Three Lions’s clash against their European rivals in the Nations League at Wembley Stadium tonight.

All 4 is Channel 4’s internet service that customers can use to watch live TV or catch up on programmes.

One user tweeted: ‘Let’s just hope Channel 4 hasn’t got the rights to any of the World Cup games’

Another account added: ‘Your app is broken… Channel 4 I’m missing England vs Germany…’

One person said: ‘The All 4 app being awful and refusing to let me watch the England game on any device is a blessing in disguise…’

All 4 is down, leaving football fans waiting for the England vs Germany match in despair 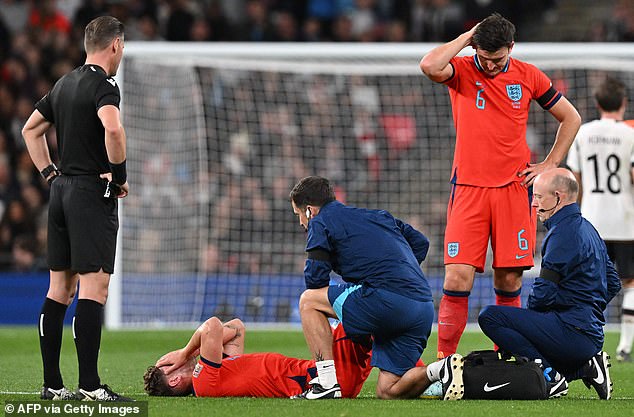 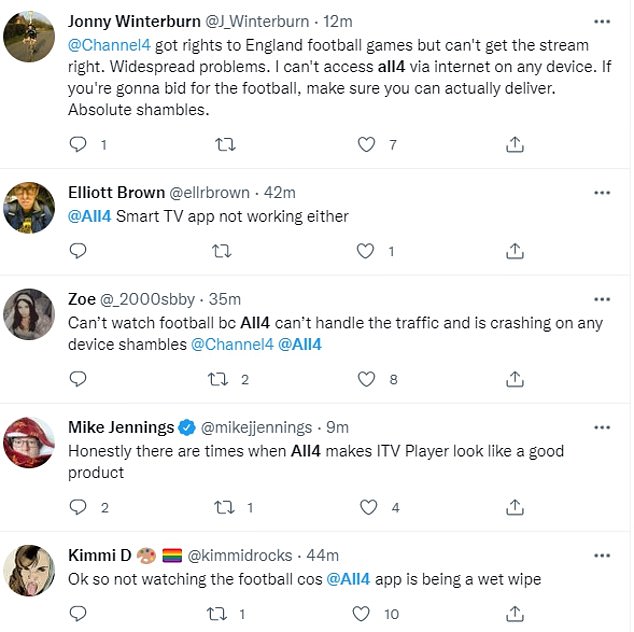 The streaming service is Channel 4’s online platform, where users can watch live TV and the brand’s custom programmes 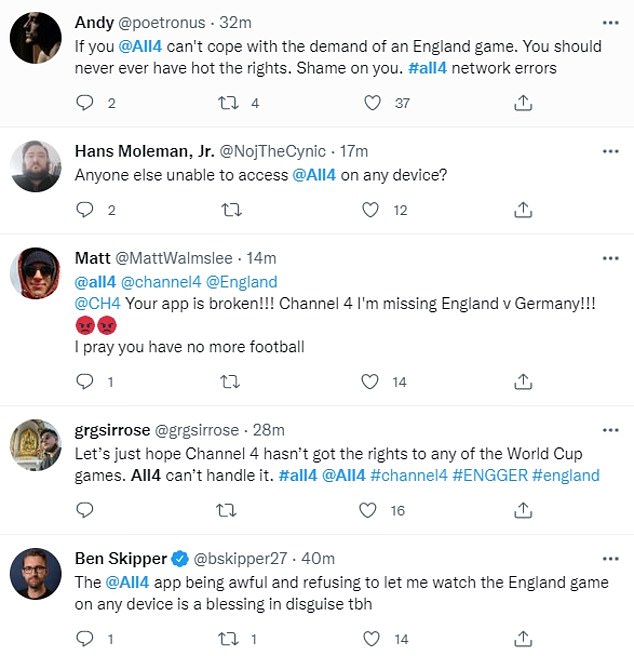 Earlier this year Channel 4 won the rights to show England matches for another two years.

The public service broadcaster is expected to show at least 20 games over this period.

TV rights for World Cup games have been given to BBC and ITV.

England were denied a striking victory after Germany snatched a draw in the 87th minute, with the game finishing 3-3.

The two sides were looking for a much needed win to boost morale ahead of Qatar 2022 World Cup this winter.

England boss Gareth Southgate is under fire after a poor string of results, having lost 1-0 to Italy in their last match.

The gaffer said he could lose his job if his team perform poorly over the tournament in a few months’ time.

The FA has stood behind Southgate, who took the national team to a the semi-finals of the World Cup 2018 and the final in Euro 2020 – the nation’s first major final in almost 60 years.

This is a breaking story.