Gareth Southgate could have been excused had he wanted to catch his breath following a draining autumn.

England’s manager, however, was at Goodison Park on Saturday night to ensure not a second is wasted in preparation for the European Championship. It proved to be a wise decision, not least as he took in arguably the most entertaining game of the day.

Southgate had a number of targets to scout, from the Everton trio of Jordan Pickford, Michael Keane and Dominic Calvert-Lewin, to Leeds striker Patrick Bamford, who must still be wondering how he left the stadium without a goal. 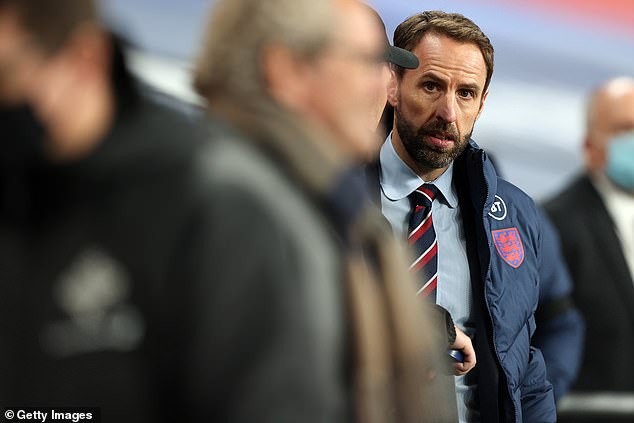 With all respect to that quartet, though, the only Englishman who would have enlivened Southgate was the outstanding Kalvin Phillips, whose performance will have given the 50-year-old one of those pleasant selection dilemmas that all coaches crave.

Phillips looked timid when he made his England debut in September against Denmark, uncertain of his position and perhaps doubting whether he fully deserved to be with the squad, having yet to kick a ball in the Premier League. He also struggled in two Nations League appearances in October.

Should he keep performing as he did in this significant victory for his club, passing the ball with panache and pressing as if his life depended on it, Phillips will return for March’s World Cup qualification fixtures and be sure of his place in the squad next summer. 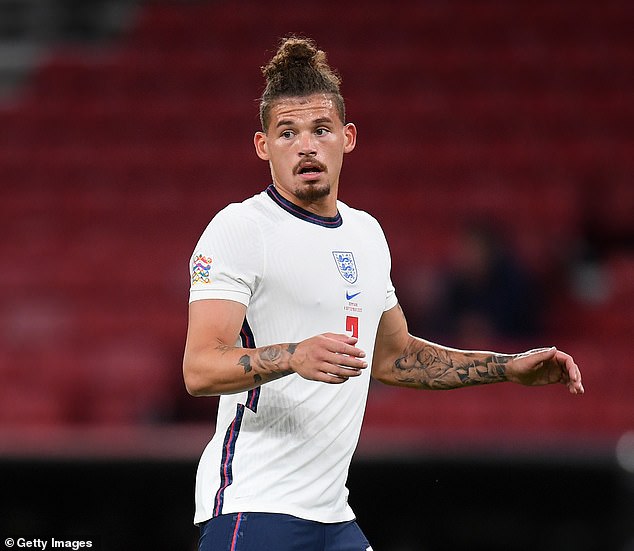 Phillips hasn’t impressed in an England shirt yet, but looks set to remain in contention

His display was summed up in the final minutes when he fizzed a 60-yard pass from one side of the pitch to the other before scampering over to Helder Costa to provide support. As much as Raphinha, the superb Brazilian whose goal settled the contest, excelled, it was Phillips who was Leeds’ heartbeat.

‘We don’t have one really good individual player, we’re a team and we work hard as a team — I am not taking any credit,’ said Phillips, deflecting any praise. ‘It’s nice (that Southgate was watching). I put in a good performance but need to keep working hard, playing like this and progressing.’

Progressive is the word that fits Leeds best as a collective. They have recovered from back-to-back 4-1 defeats by Leicester and Crystal Palace with consecutive clean sheets against Arsenal and Everton, while maintaining the sense of adventure that embodies their play.

Raphinha, a £17million summer signing from Rennes, was fabulous from the first minute but there were other big contributions from sentries such as Luke Ayling, Jack Harrison, Liam Cooper and Stuart Dallas. On this evidence, Leeds will win plenty of games in the coming months. 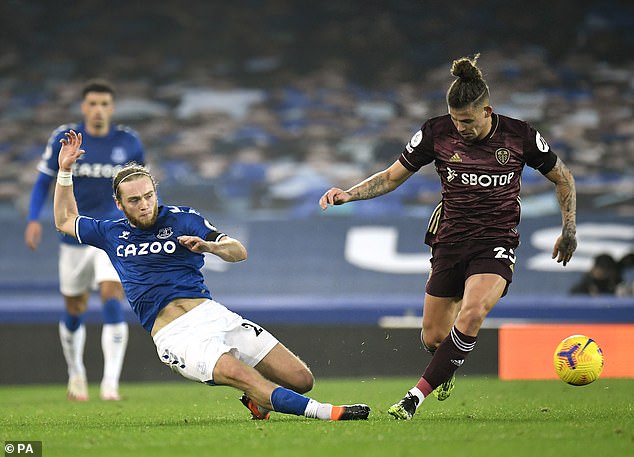 Raphinha’s goal settled the contest, but it was Phillips who was Leeds United’s heartbeat

Bielsa, as is his way, showed very little emotion afterwards as he described events in a very matter-of-fact way. Carlo Ancelotti, by contrast, was visibly deflated by a result that means Everton have taken four points out of the last 18. They have lost their way.

‘We lost some players but it doesn’t mean we are not in the right direction,’ Ancelotti argued. ‘What we are doing at this moment is not enough and we have to put in a little bit more in terms of character, personality, spirit and sacrifice to come back to add more consistency to the results.’