Star All Black rugby player Aaron Smith has welcomed the birth of his newborn baby son with fiancee Teagan Voykovich – and has also revealed his unique name.

The newly named half back for the NZ Rugby World Cup squad posted an image to Instagram on Wednesday showing himself carrying his newborn son down the hospital corridor.

‘Welcome the the world Luka Fox Smith,’ the 30-year-old captioned the photograph.

Luka was born at Dunedin Hospital where Ms Voykovich was rushed in earlier this week. 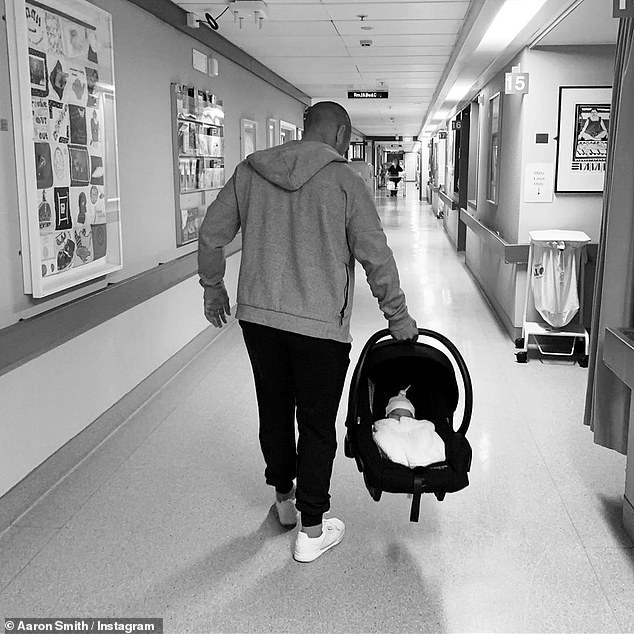 The pair announced their engagement in March while Smith was taking a break from playing for the Highlanders because of an injury.

The star halfback shared a photo of his girlfriend Teagan Voykovich wearing a ring on her finger with the caption ‘she said YES’ after he proposed to her on holiday in Fiji.

The couple managed to bounce back after it was revealed in 2017 Smith was having a relationship with lawyer Bridget Morton.

The two would meet up for sex before games and were also caught having sex in disabled toilet at Christchurch airport.

Smith was travelling with the All Blacks when he was caught at the airport with Ms Morton, and he was sent home by the team before issuing a tearful apology.

An investigation by New Zealand Rugby was launched finding inconsistencies between Smith’s behaviour and what he told rugby officials.

‘Being honest, particularly in a disciplinary proceeding, is critically important for any employer and that is certainly the case with NZR,’ New Zealand Rugby chief executive Steve Tew said at the time.

Salacious Facebook messages obtained by Daily Mail Australia showed Smith had suggested their toilet liaison asking for a ‘special toilets f***’ but saying the pair had to be ‘sneaky’ as his All Blacks team mates were nearby.

‘This was not some quick hook up. I had been seeing Aaron on and off for years before he met his current girlfriend,’ Ms Morton said referring to Ms Voykovich.

Earlier this month Smith flow to Perth to play the Wallabies with Ms Voykovich posting to Instagram that she was going to miss him during the final weeks of her pregnancy. 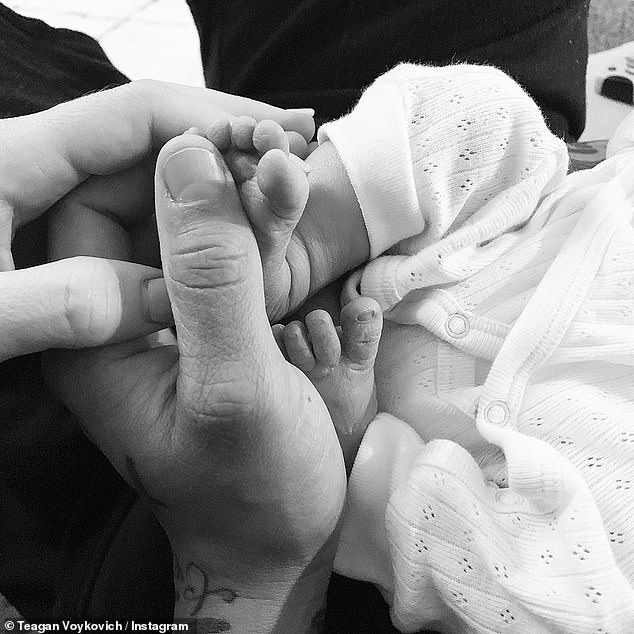 ‘Saying goodbye to my love this morning, it was definitely one of the hardest drop offs yet,’ Ms Voykovich posted.

‘Two and a half weeks with out him in the very last weeks of my pregnancy is going to be tough and the thought of going into labour alone is not the most settling feeling… but taking the positives!!’

‘Time to make the most of the peace and quite and enjoy the little bit of ‘me’ time over the next couple of weeks before bubs arrives and it all changes (for the better!)” 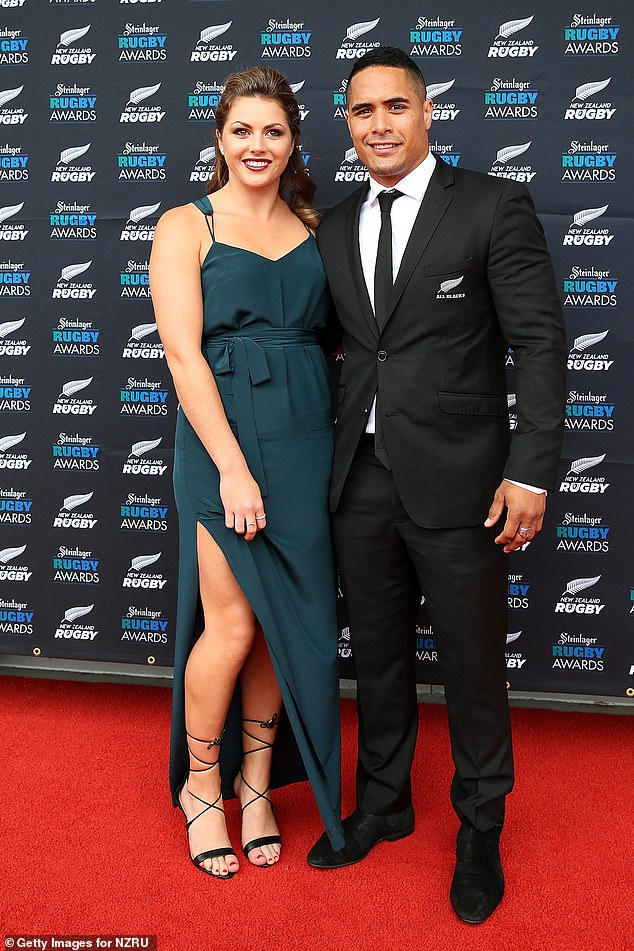