All Blacks star Aaron Smith reveals he’s given up drinking

All Blacks rugby star Aaron Smith has revealed he has given up alcohol after he was infamously caught cheating on his girlfriend in an airport toilet in 2016.

The 31-year-old opened up on the scandal in a candid interview on the Rugby Bricks podcast on Wednesday, where he admitted his judgment had been clouded by fame.

‘Through that whole period leading up to 2016, I fell into a real ugly circle of… drinking a lot, loving being an All Black, loving being in the spotlight, loving attention and it just was ugly,’ the athlete said.

Smith, who made his debut for the All Blacks in 2012, was sent home from a tour after he was seen going to the bathroom with a woman at Christchurch airport while the team waited to board a flight.

Aaron Smith has revealed how he’s turned his life around after his infamous cheating scandal in 2016. The All Blacks star is now engaged to longtime girlfriend Teagan Voykovich (left) 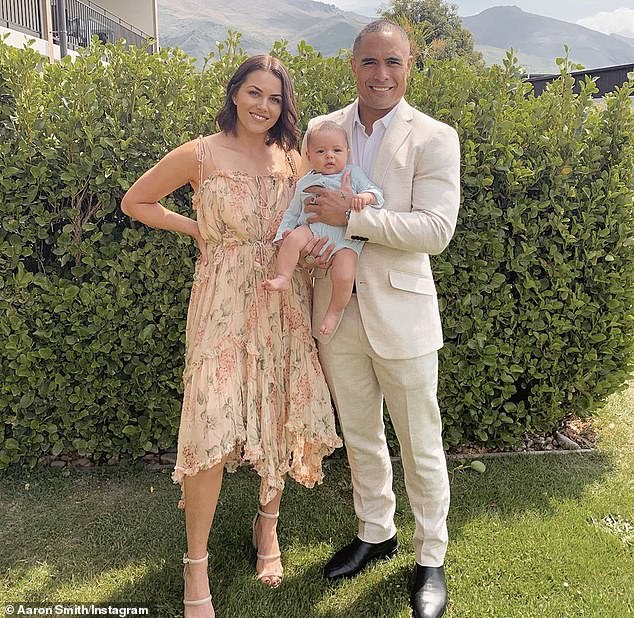 At the time, the half-back had been dating longtime girlfriend, now fiancee, Teagan Voykovich.

‘I had four years there, then I won a World Cup and I thought I was the man and then my whole world got flipped because of something I did,’ he added.

‘I hurt a lot of people, you know, and I hurt people dear to me.

‘A lot of embarrassment came from that for me and my family.’

Three years later, Smith said he’s been able to turn his life around after being forced to take a ‘really good look in the mirror’ and realising he wasn’t proud of who he had become.

‘It wasn’t an instant thing. It took a couple of years to really sort out my issues … I’m still working on myself but a lot’s come from it which is great,’ he said.

In March, the rugby star announced his engagement to Ms Voykovich who had stood by him during the scandal.

He shared a photo of his girlfriend wearing a ring on her finger with the caption ‘she said YES’ after he proposed to her on holiday in Fiji. 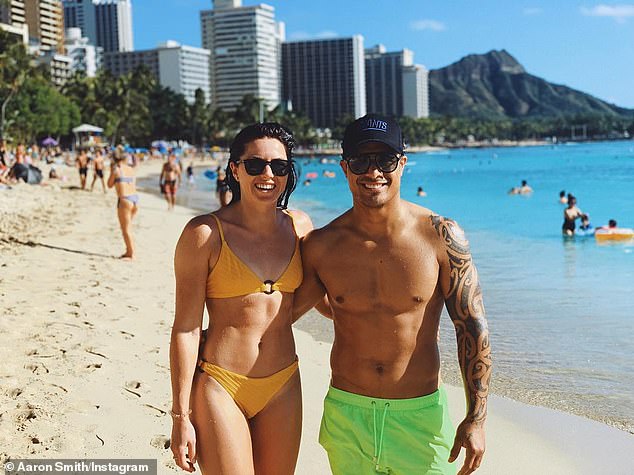 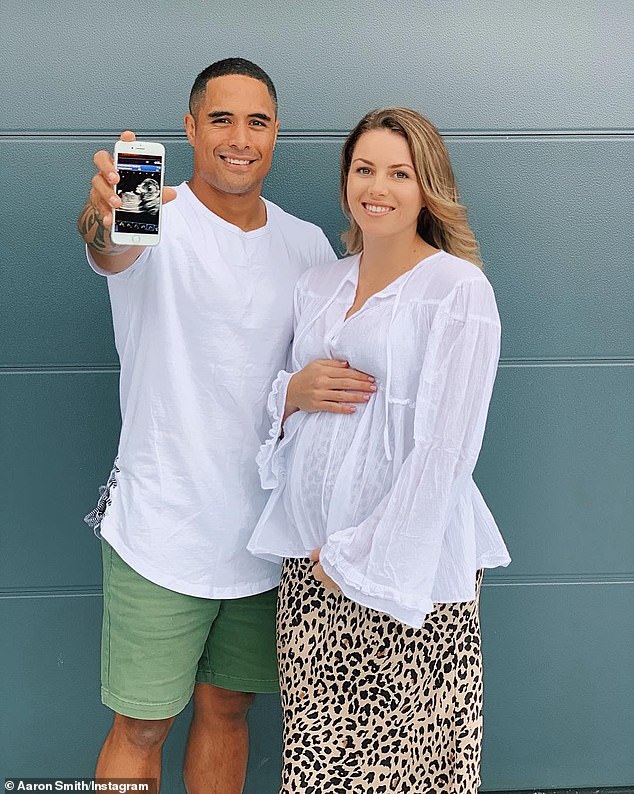 In 2017, Daily Mail Australia had revealed the extent of Smith’s relationship with lawyer Bridget Morton, with the pair having met up for ‘good luck sex’ before games after first becoming intimate in 2014.

Ms Morton claimed she was seeing Smith before he met Ms Voykovich.

Ms Morton also claimed when the pair were sprung at Christchurch Airport, Smith pressured her to lie about what happened, asking her to sign a false affidavit – something he called a ‘sawn afterdavided’ – saying they didn’t have sex. Ms Morton refused.

Smith was travelling with the All Blacks when he was caught at the airport with Ms Morton, and he was sent home by the team before issuing a tearful apology.

The player said he had made a ‘huge mistake, a huge error in judgement’ and that it was a one-off event. He was suspended for one game by the team. 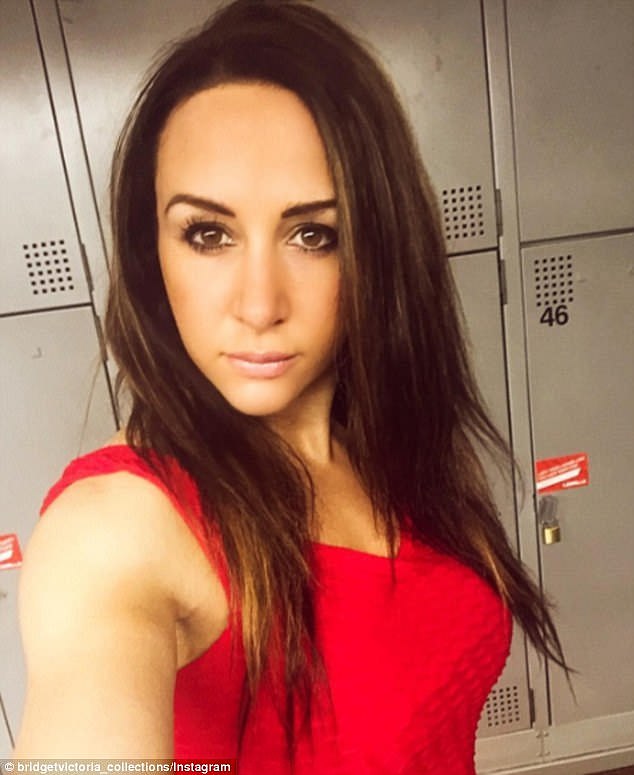 In 2017, Daily Mail Australia had revealed the extent of Smith’s relationship with lawyer Bridget Morton (pictured) 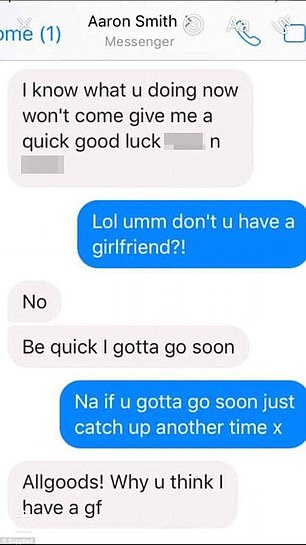 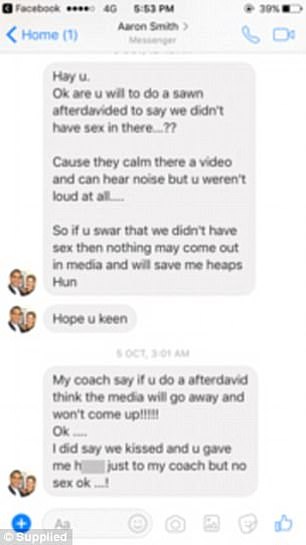 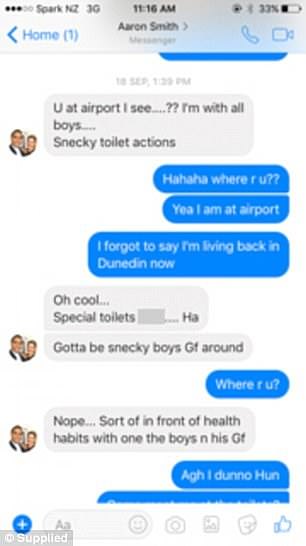 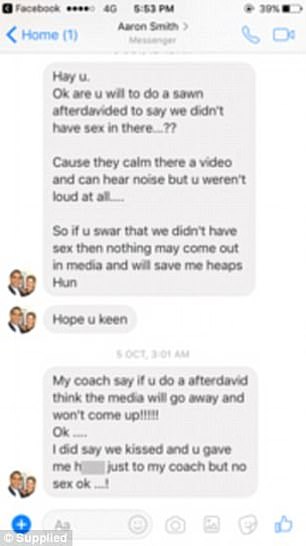 New Zealand Rugby relaunched their investigation of Smith after Daily Mail Australia revealed the extent of his relationship with Ms Morton, and that he had lied to All Blacks coach Steve Hansen.

The investigation found ‘some inconsistencies’ between Smith’s version of events and the truth revealed by Daily Mail Australia.

‘Being honest, particularly in a disciplinary proceeding, is critically important for any employer and that is certainly the case with NZR,’ New Zealand Rugby chief executive Steve Tew said at the time.

Salacious Facebook messages obtained by Daily Mail Australia show Smith proposing their toilet liaison asking for a ‘special toilets f***’, saying the pair had to be ‘sneaky’ as his All Black teammates were nearby.

‘This was not some quick hook up. I had been seeing Aaron on and off for years before he met his current girlfriend,’ Ms Morton said.

Ms Morton said her and Smith continued to see each other but Smith did not make it clear that he had a girlfriend.

Messages show the player initiating their bathroom meeting, suggesting a ‘special toilets f***’, and saying the pair had to be ‘sneaky’ as other All Blacks were around.

‘He asked me to go along with his story which he had told both his girlfriend and his management, he had said that I saw him at the airport and I asked him to talk in the bathroom about my boyfriend, but I didn’t have a boyfriend at that time, that was just something he had made up,’ Ms Morton said.

Ms Morton claimed Smith told her that he had relayed a false story to his partner Ms Voykovich and All Blacks management, saying Ms Morton had performed oral sex on him before he became ‘flustered’ and backed out

Ms Morton also claimed Smith asked her sign an affidavit saying they didn’t have sex as it would ‘save him heaps’.